Elizabeth Fox-Genovese (1941 – 2007) was most recognized as a feminist American historian, and had received her Ph.D. from Harvard University in 1974 and. Also in the 1970s she, alongside her husband, founded the journal called Marxist Perspectives of which only published and existed for a short period.

By James Bishop| A few years after receiving her PhD, Genovese was recruited as the founding director for the Institute for Women’s Studies at Emory University (1). For readers wishing to get their hands on some of her work one might do well to check out Reconstructing History: The Emergence of a New Historical Society.

Genovese grew up being, as she describes, “a non-believing Christian” (2). At that time she considered herself no more than “a Christian in the amorphous cultural sense of the world,” and thus never really out of being convinced of the truths of the religion. She did, however, have some admiration for the Old Testament prophets and Jesus Christ himself.

She was fond of Jesus saying that he stood out as the “preeminent exemplar of loving self sacrifice.” However, upon her completion of college she had thoroughly adopted a “materialist philosophy that it did not occur to me to look beyond it.” But, at the same time, Genovese made sure to separate herself from the nasty and hateful fundamentalist streak of atheism associated with he likes of Richard Dawkins and others, “I am grateful to say, did I, like too many secular intellectuals, denigrate or disdain believing Christians, whom I had always been inclined to regard with respect.”

Genovese says that “An adult conversion to Catholicism – or indeed to any form of orthodox Christianity – is not an everyday occurrence in the American academy.” Rather, she explains that “Most secular academics seem to receive any profession of Christian faith with a vague sense of embarrassment.”

Thus in 1995 when Genovese was received into the Catholic Church her “non-believing colleagues tactfully refrained from comment, primarily, I suspect, because they literally did not know what to say.” Genovese suspected that they thought here new faith was a result of some form of “irrational consolation.”

This understandably makes being a Christian intellectual quite challenging in an academic climate that is prevailingly secular,

“For secular academics, the language and practice of faith belong to an alien world. Not understanding faith, they are ill prepared to understand conversion to it.”

Genovese explains that her conversion wasn’t anything overly dramatic although on a personal level for her it was, “I did not myself experience conversion as a radical rupture with my past. This is not to say that I did not experience the journey to belief as what my students call “life-changing”: in essential ways, I did. Nonetheless, in other ways I did not. In many respects, my conversion fit neatly—almost seamlessly—into the continuum of my life, and, from this perspective, it was a natural stage in the journey rather than a new departure.”

But even though she was an atheist she could see the powerful and positive influence that Christianity has had on the western world, “Until well into the twentieth century, however, the mounting assaults on faith did not entirely erase the living legacy of Christianity from Western culture.

If nothing else, the moral teachings of the Decalogue and the Sermon on the Mount continued to receive a measure of respect—in exhortation if not uniformly in observance.”

However, the question morality, and apprehension of a transcendent moral law, became a problem for Genovese as her materialistic philosophy failed to explain it, “During the years of my reflection, however, the secular world was rapidly promoting the belief that moral conviction, like any other idea, expressed the standpoint of the person who enunciated it… [but] it was inappropriate to impose one’s own morality on another…

I increasingly found this moral relativism troubling. It seemed difficult to imagine a world in which each followed his or her personal moral compass, if only because the morality of some was bound, sooner or later, to clash with the morality of others. And without some semblance of a common standard, those clashes were more than likely to end in one or another form of violence.” 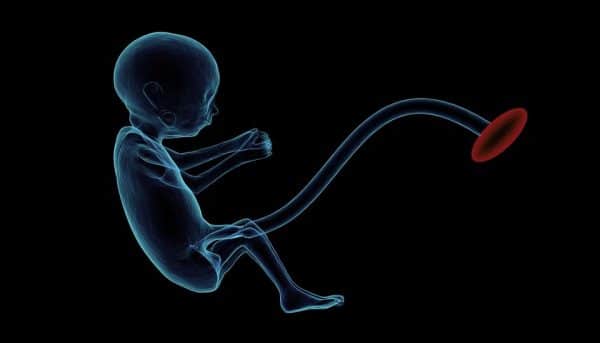 A powerful factor undergirding this realization of hers was the subject of abortion which she says is one of her “more wrenching concerns.” “Thinking and writing about abortion,” says Genovese, “had led me to an ever greater appreciation for the claims of life, which were so often buried beneath impassioned defenses of a woman’s right to self-determination, especially her right to sexual freedom.

When I began to think seriously about the issue, my commitment to women’s right to develop their talents predisposed me to support the legality of abortion, at least up to a certain point. Even then, I found it impossible not to take seriously the life of the fetus that was being so casually cast aside.”

However, this weighed on her and actually had the adverse effect: she ended up envying how religion, specifically Christianity and Judaism, affirmed the value of life, “I fully appreciated that devout Christians and Jews viewed reverence for life in its most vulnerable forms as a divine commandment. Indeed, I was slowly coming to envy the certainty that religious faith afforded, and I began to think seriously about joining a church.”

At the beginning Genovese struggled with some of the commitments since she was, as one might expect, not entirely prepared for her change. This shouldn’t come as a surprise since the changing of one’s worldview is a massive step to make, “To the best of my knowledge, I had no personal experience of religious faith and no real grasp of its nature.”

But as time went on “the balance between doubt and faith shifted, and, on one ordinary day, it came to me that I had decided to enter the Catholic Church… In deciding to enter the Church, I had decided that I believed in Christ Jesus and accepted him as my Lord and Savior.”

However, Genovese says that the many changes, both big and small, in her life have been all for the better especially in retrospection of her once empty materialistic philosophy,

It took two or three years for me to begin to understand that the decisive action had not been mine but God’s.” Genovese is also now able to see the misguided intends and goals of so many within the secular academy, “An important part of what opened me to Catholicism—and to the peerless gift of faith in Christ Jesus—was my growing horror at the pride of too many in the secular academy.

The sin is all the more pernicious because it is so rarely experienced as sin.” Genovese has Likewise witnessed this in the feminist camp too, “Sad as it may seem, my experience with radical, upscale feminism only reinforced my growing mistrust of individual pride. The defense of abortion especially troubled me because of my inability to agree that any one of us should decide who has the right to live.”

However, that being said, she strongly believes that women’s rights ought to be addressed as “It is incontestable that, throughout most of history, women have suffered injustices and abuse.”

Genovese wishes to leave with us the following thought saying that “A decisive moment in my journey in faith came when, one day, seemingly out of nowhere, the thought pierced me that Jesus had died for my sins. And, immediately on its heels, came the devastating recognition that I am not worth his sacrifice.”

But, as she realized, such love from God brings along with it a few moral obligations, “For if He loves us all, He also loves each of us. And recognition of that love imposes on us the obligation to love one another, asking no other reason than God’s injunction to do so… For, knowing how little we merit His love, our best opening to the faith that He does lies not in the hope of being better than others, but in the security that His love encompasses even the least deserving among us.”