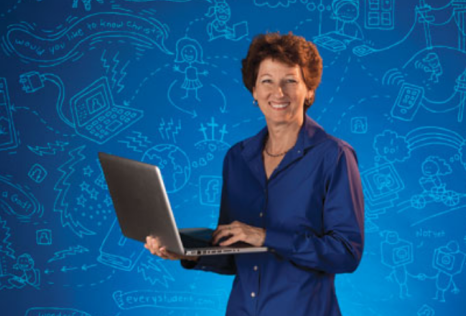 By James Bishop| Marilyn Adamson is a former atheist currently working with Campus Crusade for Christ. She directs print media campaigns aimed at college students. Adamson, however, explains how evidence and arguments, and a sequence of discussions she would have with one close friend, led her to belief in God and Christianity (1).

After some time of having been in debate with her friend she began to find that it was difficult to refute some of the continuously answered prayers that her friend seemed to receive. This would open the door for Adamson to begin considering several lines of objective evidence that she would discover pointed to the existence of God (2).

At the start Adamson felt that belief in God was primarily constructed upon wishful thinking that existed in the absence of any objective evidence, “It was like learning the truth about Santa Claus. It seemed obvious that God was completely fabricated. Maybe some people needed to believe in God but clearly there was no proof. No objective evidence. I came to the most stark conclusion…God did not actually exist” (3).

This would come to be her view for years that she was “not expecting to ever change.” However, events took at surprising turn when she met someone who influenced her enough to at least “become interested in the possibility of God.” This person, who became a close friend, “was caring, kind, and very intelligent. It bothered me that someone that intelligent could believe in God.”

As the friendship grew she decided to examine her friend’s beliefs and especially her beliefs relating to how she viewed God, “She talked about God like he was her closest friend. She was convinced he deeply loved her. I knew her life well. Any concern she would take to God, trusting him to work it out or care for her in some way. She would tell me, quite candidly, that she was merely praying that God would act upon her concerns.”

This was the time period in which Adamson would go on to witness many clear “answers to her [friend’s] prayers. I watched her life through a myriad of circumstances, and her faith in God was unwavering.”

However, Adamson was still not having any of it, “I couldn’t believe in something against my intellect, against my better judgment. God did not exist. A nice idea, but that was all.” She rationalized as simply “Wanting something to be true, doesn’t make it true.”

Weeks would follow in which she combed through essays penned by numerous philosophers and thinkers, especially those of whom were generally critical of religious belief and nonetheless belief in God, “I would study a particular philosopher’s take on life …Nietzsche, Hume, Dostoevsky, Sartre, Plato, etc. and then try to apply it to my own life. I was looking for the perfect, workable philosophy for life.”

However, no matter how hard she looked she discovered that “over and over, that either their philosophies seemed lacking, or were too impractical to implement.” But she remained determined and I kept on searching.

The evidence that changed her mind

The debates she had with her friend continued and eventually her friend presented her with books that claimed to have evidence for God, Jesus and the Bible. As she considered several of these works it occurred to her that belief in God might not simply be the product of wishful thinking as she previously held,

“I saw some evidence for God that was solidly logical.”

Adamson particularly favoured the argument from teleology which contends that the best explanation of the design in the universe is that it was created by a designer, “The parts particularly convincing to me were the chemical properties of water and the earth’s position to the sun. It was all too perfectly designed, too perfectly put together.

My faith in “nothing behind it all” seemed weaker than the possibility of God. I had fewer reasons to be certain of nothing, and more reasons to conclude that God might be there.”

However, in the meantime she continued studying the philosophies presented by the thinkers that interested her. Yet, she explains, the evidence that she had just recently examined that pointed towards God began to “fully challenge” her “current philosophy on life. What I had been putting my faith in proved to be completely insufficient… But the concept of God was something I couldn’t get off my mind… was he there? does he exist? maybe there’s a God…”

It was the first time she would ever go home and pray, “I was going to either ask God to come into my life, or I was going to end the subject forever and never allow myself to consider the possibility of God again. I was tired of dealing with this decision. I was tired of thinking about it.” Having spent several hours reviewing all she had read and observed she prayed and felt her belief in God increasing,

“I concluded that the evidence for God was so strong that it made more sense to believe in God than to believe he wasn’t there.”

But Adamson couldn’t leave it there since she discovered that merely believing in God wasn’t enough, “I needed to make the decision to actually talk to God. I needed to ask him to come into my life.” Having prayed that night she woke up the following morning with “a huge desire to get to know this God whom I now believed in… I kind of “sensed” that he was.””

Adamson then gave the Bible a chance to speak for itself, “I wanted to read the Bible. When I did, it seemed that God was spelling out who he is and how he viewed this relationship with him. It was amazing. What really surprised me is how often he talked about his love. I hadn’t expected that. In my mind, I was simply acknowledging God’s existence. I had no expectations of him, but as I read the Bible, he chose to communicate his love to me. That was a surprise.”

Some months went by but her skeptical nature still remained, “The first few months or year, I would ask myself, “Am I really believing in God? And, why am I?” And I would methodically review five objective reasons why I believed God existed.”

But given her skeptical nature, Adamson felt that her faith in “God did not rest on feelings, but on facts, on reasons.”