Home Atheism What Does “Faith” Mean? Is It Belief Without Evidence?

“Faith is the great cop-out, the great excuse to evade the need to think and evaluate evidence. Faith is belief in spite of, even perhaps because of, the lack of evidence.” – Richard Dawkins

By Steven Bancarz| Is faith belief without, or in the face of, evidence?  Is it a blind shot in the dark, as people like Richard Dawkins make it out to be?  The quick answer is no, and we will see why.  But first, let’s address an overarching issue.

This issue is the special treatment the word “faith” receives from skeptics when it applies to God.  Nobody in their day-to-day life uses the word “faith” in the context of belief without evidence because this is not what the word means.  Why are Christians receiving an uncharitable redefinition of this word to mean something it really doesn’t?

A quick look at dictionary.com and Merriam-Webster will show us that out of the 11 definitions of “faith” that are given, only 2 mention the concept of belief without “proof”. A Christian would be happen to concede they don’t have “proof” in a scientific or logical sense, but that doesn’t mean they don’t have evidence.

The other definitions have to do with trust, confidence, and belief, which is how we use it in every day life. When our friend tells us they will be coming over to our place at 6pm, we have faith that they will keep their word.

We have trust in something that we have good enough reason to believe is true.  They said they’d be there at 6pm, they are usually on time, we have known them to be true to their word for years, therefore we are going to believe what they say and plan our day around their proclamation.

We then clean the house, order some food, and get dressed because we are making faith-based actions upon what our friend has said to us.  We don’t have proof, but we have good enough reason to make decisions based on this information. It means “trust”, with the presence of some good evidence, not “belief” in the absence of evidence.

Faith is trusting in that which you have good reason to think is true.

That’s it. That’s all. So when someone accuses a Christian of having “faith” in the sense of belief without evidence, they can simply say well I don’t adhere to that definition of faith. That’s not what the word means, how we use the word, and I don’t have that kind of “faith”.  Faith is trusting in that which you have good reason to think is true.

This definition comes from philosopher William Lane Craig, as he defines down below:

How this applies to Christianity 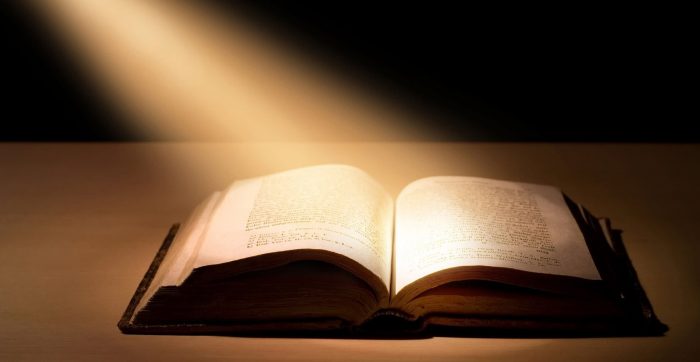 When it comes to a Christian (who has saving faith and not the dead faith spoken of in the book of James), their faith in Jesus is always contextualized in this way.  Faith as it applies to prayer requests for things unseen might be belief in the face of evidence, but as it applies to the deity of Jesus it is always about trusting in Him because we have good reason to believe He is who he claimed to be.

This whole website is about defending the faith, so we could start off by looking at the evidence for the resurrection of Jesus, or the empty tomb, but chances are most Christians aren’t familiar with these evidences and ground their faith in other types of evidences including:

1. The spiritual experience of being cut to the heart with conviction upon hearing the Gospel. (Acts 2:37)

2. Being drawn spiritually by the Holy Spirit to Jesus. (John 6:44)

3. Receiving a spiritual gift of faith that is inexplicable, but is an undeniable conviction of belief in Jesus. (Hebrews 12:2), (Romans 12:3)

5. Feeling a deep conviction of personal sin and the righteousness of God, accompanied with revelation that Jesus is the Saviour of sinners. (John 18:6), (John 14:26)

These are all things that take place in the heart and spirit of an individual.  They are not feelings or emotions, but spiritual activities between the spirit of God and the person.  This is what Christians report experiencing, and what the Bible teaches.

In other words, a Christian’s faith is grounded in their immediate experience of God.  This is what we proclaim, and what the New Testament clearly teaches about a believer’s relationship to his/her faith.

This would make the the believer’s faith “properly basic” in nature, meaning that it is fundamental to their worldview and anchored in their essential interactions with the world.  I recall a Christian woman once saying on Matt Dillahunty’s atheist talk show “You just know that you know that you know”.

This may seem naive at first, but when we examine the New Testament we find that the Holy Spirit is how God interacts with people here on earth according to scripture.

There is nobody who has ever given their lives to Jesus in the absence of evidence.

They would have felt spiritual conviction, a bubbling up in their spirit, an intense drawing to the person of Jesus, etc.  These are all evidences grounded in direct revelation and religious experience, so that even the most unlearned of Christians will be able to tell you they believe in God for one reason or another involving the Holy Spirit.

So is faith believe without evidence?

Faith is believing in the self-authenticating, self-affirming presence of the Holy Spirit and the convictions He puts into us as believers.  It’s trusting in that which you have good reason to think is true, and we have good reason to believe Jesus is divine because His Spirit testifies this to us.

This is what the Bible teaches.  This is what Christians have been proclaiming since day one. There are over 70 functions of the Holy Spirit as laid out in the New Testament, and to ignore all of the scripture involving the Holy Spirit’s role in a person and mislabel faith as “belief without evidence” simply demonstrates a misunderstanding of what Christianity claims to be.

It’s the claim not only that Jesus is Lord, but that the Spirit of God now lives in us (1 John 4:13) (Romans 8:15).  This makes the Christian’s faith grounded in their direct experience with God.  This is what the Christian faith claims.

So we ultimately have faith in Jesus because we have the Holy Spirit in us providing us with reason, direct testimony, and affirmation of Jesus.

It’s belief in the presence of evidence, namely, direct revelation.

What the atheist has to prove

If the atheist wants to maintain that a Christian theist’s faith is belief without evidence, he would have to show why it is either impossible or highly improbable that God could/would reveal Himself to a person spiritually.

Additionally to this, he would also need a proof of the non-existence of the Christian God, because this indwelling of the Holy Spirit is a fundamental doctrine to the Christian faith as present in scripture. Christianity teaches a Trinity, that God has comprised of three distinct persons, one of which bears Himself in us testifies to us the truth about Jesus.

This is far too big of a burden for the atheist to bear, and would be nothing more than pure speculation.  For this reason, until the atheist can show a) it’s impossible that God would reveal himself to people and b) that the Christian Trinity does not exist as revealed him scripture, he has absolutely no justification for claiming that a Christian’s faith is absent of evidence.

Atheism’s Universe Summed Up In An Indian Parable