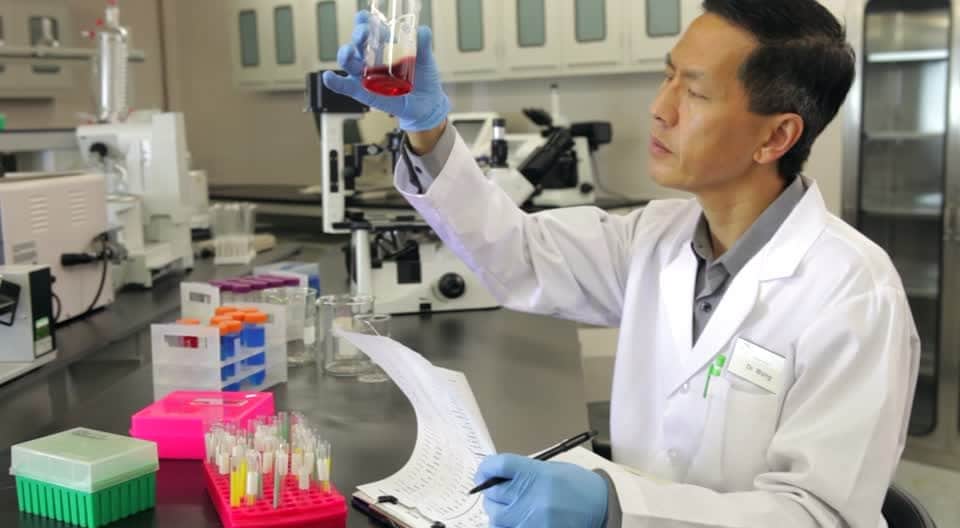 By James Bishop| While it’s true that some studies have suggested that disbelief among scientists is higher than that of the general population, there is still a large portion of scientists who believe in God or in some form of transcendent being.

In fact, some studies suggest that most scientists actually believe in some kind of a God.

“Science does not make it impossible to believe in God. We should recognize that fact and live with it and stop being so pompous about it” (1).

In one study in 1969 the Carnegie Commission National Survey of Higher Education: Faculty Study data suggested that approximately 35% of scientists did not believe in the existence of God.

Overall, 75% of professors contacted by the pair of researchers completed the survey, and it was found that among the different disciplines, disbelief in the existence of God was not correlated with any particular area of expertise. The study suggested the following (the percentages represent atheist numbers):

This figures suggest that no particular field is associated with disbelief in God’s existence. However, there are several other factors that do play a role in disbelief, for example, the study found that those scientists who were immigrants disbelieved in God to a greater degree than those who were born and raised in America.

The study also found that scientists come disproportionately from non-religious or religiously liberal backgrounds compared to the general population – that suggests that at least some part of the difference in religiosity between scientists and the general population is probably due to religious upbringing rather than scientific training or institutional pressure to be irreligious.

In another study conducted by the Pew Research Center we find:

This would suggest that 51% of scientists believe in some form of a divine being or higher power whereas 41% do not, which would indicate that atheists do not command the majority of scientists.

The another study, first every worldwide survey of religion and science conducted at Rice University by Elaine Howard Ecklund found that over 50% of scientists in India, Italy, Taiwan and Turkey self-identity as “religious”.  The number of those who are not “religious” but believe in some kind of a God would be higher than 50%.

Not only this, but most scientists feel like science and religion are totally compatible.  As the news report on the Rice University website records:

So as we have seen, multiple studies suggest that most scientists actually believe in some form of a God.  Not only this, but the vast majority of scientists believe that religion and science are not at ends with each other.

It has become a sort of internet catch-phrase to claim that “most scientists are atheists”, but when we examine all studies and look at them honestly, most might actually be general Theists of some kind.  Historian Jeffrey Russell concludes:

“If it were true that Christianity and science were incompatible, there would be no Christians who were respected scientists. If fact, about forty percent of professional natural scientists are practicing Christians, and many others are theists of other kinds” (3).

1. Lawrence Krauss quoted by George Johnson in A Free-for-All on Science and Religion (2006). Available.