Home Bible “The Bible Is Religious & Biased, You Can’t Trust It” 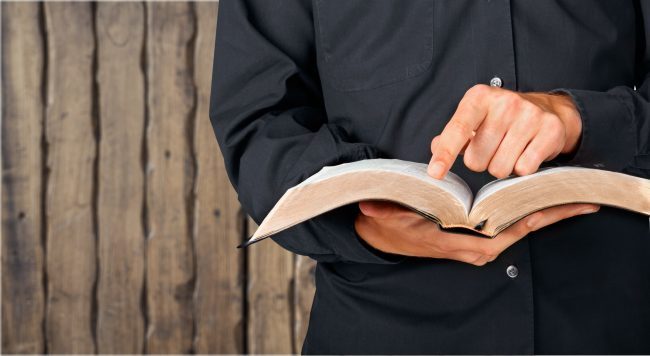 By Clark Bates| A historian’s job is to attempt to determine what has happened in the past.  For a historian to do this they must be objective.  For them to be objective they cannot hold to any theological predispositions.  Therefore, the only truly objective form of history is one that doesn’t allow for the invocation of “God” in the events of the past.

Have you ever heard a statement like this before?  Maybe you haven’t heard it in quite that way, but if you engage with non-Christians with any regularity you’ve probably heard it stated this way:

“You can’t trust the Bible to be historical or true because the authors of the Bible had a religious agenda.”

This objection is often used as a means to eliminate the Bible as a credible source for the reliability of the Christian faith, in particular, as it relates to key events like the Exodus, Creation, the Resurrection and so forth.  This is the perspective of many in the secular (and some of the religious) scholarly community, and stems from a time popularly known as the “Renaissance” (or re-birth).  This was a period of time noted for its militant humanism as well as its intellectual and technological accomplishments.[1]

It was a period in which the achievements of man were thought to soon eclipse the need for any god.  The historical-critical method of investigation to which the above objection belongs, was formed in the Renaissance and Enlightenment milieu.  A primary presupposition of this method of study was that the Bible should be treated like any other book.  Any literary inconsistencies, repetitions and the like, automatically discredit traditional notions of interpretation.[2]

In his groundbreaking work, The Life of Jesus Critically Examined, Enlightenment thinker, D.F. Strauss wrote that when history is irreconcilable with known universal laws, it must be rejected.  “When therefore we meet an account of certain phenomena or events of which it is either expressly stated or implied that they were produced immediately by God himself…such an account is in so far to be considered as not historical.”[3]

In other words, according to Strauss and most of the historical-critical community:

This naturally leads to the rejection of the Bible as any means of reliably communicating historical fact.  But while this position might be classified as logically valid, we have to ask the question,

For such a belief to be true, in the ontological sense, each of the three premises must be true.  Dealing with the first premise alone, it must be asked how the critic has obtained the knowledge of “universal laws that govern events”?  By what authority is the critic appealing to credibility?  Or, for that matter, on what grounds does the critic “know” that God never disturbs the natural course of events?

You see, on the premise of naturalism, from which this objection ultimately springs, there can be no external authority to appeal to, only certain metaphysical assumptions about the nature of reality.  In the end, Strauss’s, and the secular critic’s, rejection of the supernatural aspect of the Bible and the ultimate reliability of the text is nothing more than a secular statement of faith.

By removing the Bible as a credible source of history, be it for the Israelite people or the world of the first century Christians, the critic is then permitted to seek other means of data to recreate that world in whatever light seems more fitting.  This is almost exclusively an anti-theological world.  It can be argued from strictly archaeological data that the Israelite conquest of Canaan was nothing more than a “peaceful infiltration” of indigenous people over several centuries.[4]

It can also be argued on the basis of socio-economic data of the 1st century that the traditional authorship of the gospels and the theology contained within, are impossible.[5]

Far from settling the matter, however, the rejection of the Bible on the basis of its theological perspective does notresolve any historical difficulties.  The appeal to secular scholarship presumes a sort of monolithic agreement surrounding the events contained within the Bible.  This “agreement” is as much a fabrication in the mind of the critic as a talking donkey would be.

In the case of the Israelite conquest of Canaan, there are no less than a dozen different and competing perspectives on the historical events, all of which stem from the same archaeological data, socio-economic concerns, and relative philosophy.  As it relates to the Jesus of Nazareth, to reject the biblical data without proper investigation is to assume that nothing can be known of the Jewish teacher that effectively changed the entire course of world history more than 2,000 years ago.

For a historian to be truly objective they should be willing to accept the presentation of all historical data, regardless of its theology, so that evidence may be weighed on its own merit, not the hidden assumptions of the historian.

Is it valid to reject a writing that presents itself as containing historical material in various instances simply on the basis that the perspective from which it draws invokes God?  Clearly not.  This is nothing more than a naturalistic bias that only hamstrings the overall investigative efforts of the supposedly “objective” historian.  The rejection of all metaphysical possibilities, far from being objective, only limits the historian in what data they will consider and thereby taints the resulting conclusions.

For a historian to be truly objective they should be willing to accept the presentation of all historical data, regardless of its theology, so that evidence may be weighed on its own merit, not the hidden assumptions of the historian.  Therefore, the Bible is as much a reliable source of history as is any other book that seeks to explain the events of the ancient past.

[2] An example of this is the rejection of Mosaic authorship of the Pentateuch.

[5] Bart Ehrman, Jesus Before the Gospels: How Early Christians Remembered, Changed, and Invented Their Stories of the Savior, (Harper Collins, 2016).