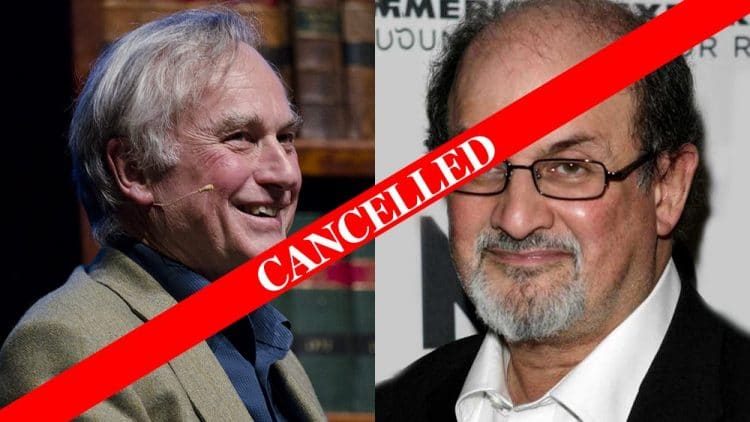 By Steven Bancarz| The third annual Global Atheist Convention called“Reason to Hope,” has been cancelled because of a lack of ticket sales, The Sydney Morning Herald and Daily Wire reports.

“As per the Convention’s refund policy, in the event of cancellation only the purchase price of the ticket (including fees) is refundable. We are sorry that cancellation has placed you in a difficult situation, but we could not proceed with the Convention given the level of ticket sales…ticket sales have been substantially below expectations and below the levels for previous conventions, so, unfortunately, the Convention cannot proceed.”

Even with a speaker like Richard Dawkins on the roster, they were still unable to make enough ticket sales to go through with the venue.  I think this goes to show not only the unattractiveness of atheism in general, but the dying-out of the cultural fad of “New Atheism”.

Atheism is inherently depression and offers no ground for meaning, purpose, morality, or even logic itself.  It forces people to rest on unimaginably low odds that the fine-tuning and emergence of life happened as a result of blind, random occurrences.  It’s a shot in the dark, into the dark.

And it’s also SO overdone.  Atheists gloating over the “ignorance” of religious people, expressing anger toward parents who raise their children in the faith, explaining why they think we don’t “need” belief in God.  How many different ways can you express the same rhetoric before people start losing interest?

“After a while, protest movements fade, because once you get angry at something, where do you go from there?” — Robert Martin, City Bible Forum

“Alongside the thinkers, there was also going to be the ‘entertainers,’” notes SMH. “Comic atheism is a particularly strong strand, and religious pomposity provides it with plenty of material. No doubt there was to be a feast of gloating about census figures.”

The author of the SMH report, Anglican Rector Dr. Michael Jensen, offers an interesting perspective on the cancellation of the event.

“It’s a great shame there’s a lack of interest,” said Jensen. “I say that as someone who believes in God and thinks that it is the most reasonable thing to believe. … But I also think that the full and frank discussion of fundamental ideas is part of what a healthy culture promotes and enjoys. A Global Atheist Convention is to be welcomed, because every time people think about God and about the meaning of life is a time we more deeply consider the value and purpose of human life. It makes us better citizens.”

I, however, am personally glad it has been cancelled and would prefer to see conferences where Theists and atheists can dialogue and debate on the existence of God.

Share3K
Tweet
Pin2
3K Shares
Enjoy this article? Take a moment to support us on Patreon!