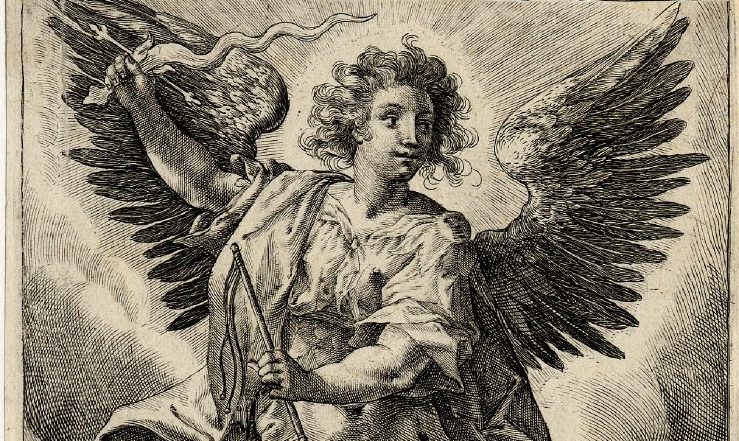 By James Bishop| The mythicist Richard Carrier, inspired by Earl Doherty’s work, claims that a pre-Christian angel named Jesus existed (1). Jesus was therefore not understood within earliest Christianity as a historical-human figure but rather as a celestial-angelic being. This supposedly supports the mythicist’s case that the was never a historical Jesus. Carrier writes that “some [pre-Christian] Jews already believed there was a supernatural son of God named Jesus—because Paul’s contemporary Philo interprets the messianic prophecy of Zech 6.12 in just such a way” (2).   What should we make of this?

Historian Daniel Gullotta remarks that “Moroni is thought by Latter-day Saint tradition to be the same person as a Book of Mormon’s prophet-warrior named Moroni, who was the last to write upon the golden plates of Nephi, and was, therefore, believed to be a historical person prior to his exaltation as an angelic being” (4). This is the view espoused by Mormons (5), which suggests Carrier’s analogy breaks down here.

Regarding Carrier’s claim concerning Philo of Alexandria, he draws on Philo’s work On the Confusion of Tongues to demonstrate that the common language used by Philo to describe the logos is the same used by the Apostle Paul (our earliest Christian writer) and that this is evidence of a shared belief in a heavenly being called Jesus.

According to Carrier, this “proves that some Jews already believed that God had a firstborn son in heaven, a preexistent being through whom God created the universe, the very image of God, the supreme of all beings next to God, whose name could already be identified as Jesus, and who advocates on our behalf to procure forgiveness of sins, and that all earthly priests were but a copy of him” (6).

In fact, work in the field of angelology concerning Jewish first-century belief in angels conflicts with Carrier’s argument. Historians have noted that Second Temple Judaism presents a shift in the way some Jews understood angels with a major change being in the use of distinctive names when angels are addressed or referenced. Scholars having surveyed references to angels at this time found that one of the most common features in these names is the appearance of the element of ‘el’ (8).

Gullotta refers to 1 Enoch where the nineteen rebel angels in 6:7, sixteen of them and all seven names of archangels in 20:1-8 are compounds with ‘el’ (9). Research drawing on archaeological and literary evidence from this period evidences the most common angelic figures to have been named Michael, Gabriel, Sariel/Uriel, and Raphael (10). This analysis demonstrates that the name Jesus does not conform to the way angelic beings were designated. In other words, Jesus is never associated with an angelic figure and Carrier’s argument is rendered problematic.

An additional obstacle to Carrier’s argument is that names found in Jewish texts, ossuaries, and inscriptions of the Second Temple period only associate the name Jesus with human figures (11). The name Jesus was very common and listed as one of the six most popular for Jewish males (12). Thus, with little effort one can point out various Jesus figures of the period: the high priest Jesus, son of Gamaliel (who served during the Maccabean period), Jesus, son of Daminos, who served as high priest in 62–63 CE, Jesus, son of Sapphias, who served from 64–65 CE, etc. Given the popularity of this name, early Christians attempted to distinguish their own Jesus from the many other figures bearing the name by calling him “Jesus the Christ” (Mark 1:1; 16:17; Matt 1.1; John 14:13-14; Acts 3:6, 4:10, 14, 16:18; 1 Cor. 1:10; 2 Thess. 3:6; Eph. 5:20).

Accordingly, Carrier’s argument cannot sufficiently account for why an angelic, celestial figure would have a name so commonly associated with human beings. As Gullotta concludes, “At no point does an angel or celestial being called Jesus appear within Second Temple Judaism, and ‘Jesus’ exhibits all the signs of a mundane name given to a human Jewish male within the period” (13).

2. Carrier, Richard. 2014a. On the Historicity of Jesus: Why We Might Have Reason for Doubt. Sheffield: Sheffield Phoenix Press. p. 200.

3. Carrier, Richard. 2014b. Why We Might Have Reason for Doubt: Should We Still Be Looking for a Historical Jesus? Available.

8. Tuschling, R. M. M. 2007. Angels and Orthodoxy: A Study in their Development in Syria and Palestine from the Qumran Texts to Ephrem the Syrian. Tübingen: Mohr Siebeck. p. 14-27.

12. Hachlili, Rachel. 2000. “Hebrew Names, Personal Names, Family Names, and Nicknames of Jews in the Second Temple Period.” In Families and Family Relations as Represented in Early Judaisms and Early Christianities: Texts and Fictions, edited by J.W. van Henten and A. Brenner, 83-115. Leiden: Brill.

How To Interpret The Gospels