Home Christianity Was The Deity Of Christ Invented At The Council Of Nicea? 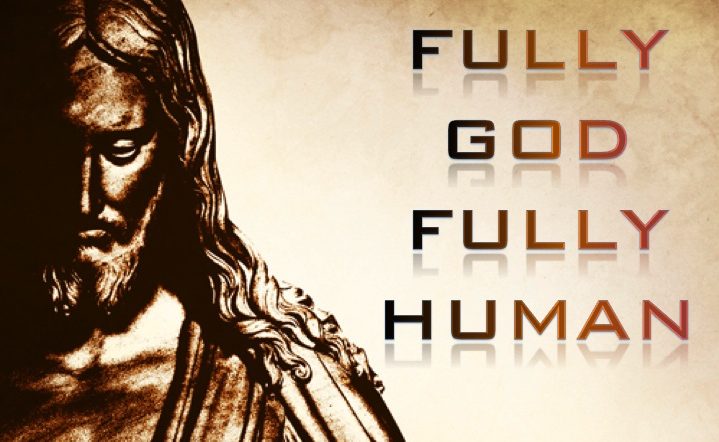 By George Mitrakos| Due to Dan Brown’s classic “the da Vinci code” those who fall short on distinguishing between fact and fiction have conjured up in their minds the impression that the divinity of Jesus was completely unheard of prior to the 3rd and 4th centuries A.D. These claim that due to Constantine’s pagan origins, he assembled a council for reasons of forging Christian doctrines which would eventually coincide with his own personal theological biases.

And the reason why this topic is so significant is due to the fact that if this claim stands true, then we would be doing nothing save believing in a Roman forged doctrine proven to be within the realm of non-existence prior to the 2nd, 3rd and 4th centuries. Yet nothing can be further from the truth, and here is why.

With this post, we will be looking at the following points:

The Divinity of Jesus was believed in prior to the council.

The Council of Nicea took place in AD 325 by order of the Roman Emperor Constantine. At the Council, the Emperor established an assemblage of ecclesiastical bishops with the purpose of defining the nature of God for all of Christianity, along with the purging of Christological bewilderment and disagreement within the early church.

318 bishops, to be semi exact. Now Constantine called for a theological summit of bishops to sort out some escalating controversies among the early church. The issues being contested included the nature of Jesus Christ. A priest named Arius presented his argument that Jesus Christ was not an eternal being, that he was created at a certain point in time by the Father. Bishops such as Alexander and the deacon Athanasius argued the opposite.

Constantine then prompted the archbishops in council to make a decision by majority vote, defining who Jesus actually was.  Now, notice that the council of Nicea was one of DEBATE. Hence the assembly consisted of people who’s notions resided on both sides of the spectrum:

Those who believed and did not believe in the deity of Christ. In other words, what this displays unto us is that the divinity of Jesus was indeed something that was believed in both AFTTER and BEFORE the council ever took place.

Pre-Nicene Christians who believed that Jesus was God.

Now, the following is just a brief listing, displaying the names, dates and quotes of 9 specific Christians whose minds and hearts held to the divinity doctrine of Jesus Christ during a PRE-NICENE era:

Justin Martyr (AD 100–165) was a Christian apologist of the second century. He stated:

Permit me first to recount the prophecies, which I wish to do in order to prove that Christ is called both God and Lord of hosts. (Dialogue with Trypho, 36. ANF, I:212.)

The Logos alone of this God is from God himself; wherefore also the Logos is God, being the substance of God. (Hippolytus, Refutation of All Heresies, 10.29.)

Origen (AD 185–254) was an early Christian theologian. He wrote: Jesus Christ…in the last times, divesting Himself (of His glory), became a man, and was incarnate although God, and while made a man remained the God which He was. (Origen, De Principiis, Preface, 4.)

For God alone is without sin; and the only man without sin is Christ, since Christ is also God.

Now may the God and Father of our Lord Jesus Christ, and the eternal high priest himself, the Son of God Jesus Christ, build you up in faith and truth…and to us with you, and to all those under heaven who will yet believe in our Lord and God Jesus Christ and in his Father who raised him from the dead

Melito of Sardis (died c. AD 180) was the bishop of the church in Sardis. He stated: He that hung up the earth in space was Himself hanged up; He that fixed the heavens was fixed with nails; He that bore up the earth was born up on a tree; the Lord of all was subjected to ignominy in a naked body—God put to death! … [I]n order that He might not be seen, the luminaries turned away, and the day became darkened—because they slew God, who hung naked on the tree….

This is He who made the heaven and the earth, and in the beginning, together with the Father, fashioned man; who was announced by means of the law and the prophets; who put on a bodily form in the Virgin; who was hanged upon the tree; who was buried in the earth; who rose from the place of the dead, and ascended to the height of heaven, and sitteth on the right hand of the Father.

Clement of Alexandria (AD 150–215) was another early church father. He wrote around AD 200. In Exhortations to the Heathen, 1, he writes:

This Word, then, the Christ, the cause of both our being at first (for He was in God) and of our well-being, this very Word has now appeared as man, He alone being both, both God and man—the Author of all blessings to us; by whom we, being taught to live well, are sent on our way to life eternal….

The Word, who in the beginning bestowed on us life as Creator when He formed us, taught us to live well when He appeared as our Teacher that as God He might afterwards conduct us to the life which never ends.

So, what we have come to see is that the council of Nicea was not the primal originator of the divinity doctrine, but rather consisted of individuals who remained on both sides of the argument. Furthermore, we have also come to see the names of certain early church fathers who have held to the belief in the deity of our Lord: Works which predated the council, hence disqualifying it from serving as the source and chief founder of modern day Christian notions.

Share1K
Tweet
Pin1
Enjoy this article? Take a moment to support us on Patreon!