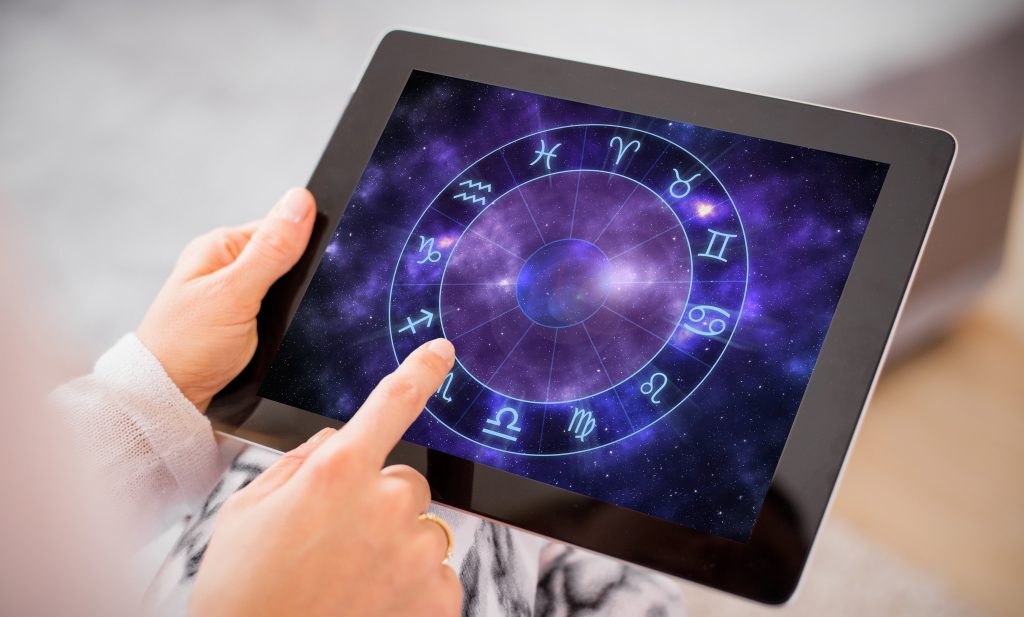 [This article first appeared in “Christian Events Journal,” August/September 1994, and has been slightly modified for this site.]

Have you ever glanced over at the horoscope column in a newspaper or magazine just for “fun” or out of curiosity? Do you even deliberately look for it each day? As you do so, maybe you say things like, “I don’t take this seriously,” “it’s just like reading the funnies,” “I know a lot of people who do this,” or perhaps “I don’t really believe in astrology so it’s okay.” Or maybe you are really looking for guidance.

The word “horoscope,” which comes from the Greek and means, “watcher of the hour,” was first coined in an ancient, declining Greece that began to tolerate astrology after long resisting it. Horoscopes, as innocuous as they may appear, are not just products of the imagination.

The authors of these columns are usually astrologers; some are psychics. Astrologers have purposely studied what they believe to be the meanings of the planets, the zodiac signs, and other astrological data. Along with this information, they consider the present positions of planets (and the sun and moon), and how they interact with the sun signs of Aries, Taurus, Gemini, etc., in order to give horoscope advice. Since the moon changes signs every 2.5 days, its position is a key element in the forecasting.

Astrological philosophy is based on the occult worldview that asserts “as above, so below.” According to this view, everything in the universe is one and is connected; therefore, the patterns of the planets reflect our lives on earth.

As a former astrologer, I can tell you that although many astrologers scorn horoscope columns as “pop” astrology of little value, the astrological worldview is essential even to the writing of a horoscope. When you read such a column, you are in a subtle way either accepting that worldview or assigning some kind of value to it.

The belief that the patterns and movements of the planets, sun and moon reflect our lives is contradictory to the view of a living, omniscient God who created the heavenly bodies to reflect and proclaim His glory, not ours. Astrology also is often intertwined with the teaching that since we are all connected to the universe by a force or energy (which is sometimes considered to be divine or to be God), then everything in the universe is one and therefore, there is no true distinction between man and nature; this is called monism (all is one and one is all).

Since astrology is an occult practice of divination severely condemned in God’s word, even horoscope columns are rooted in the occult. They may be marketed in trendy magazines with the latest slang, but this packaging is deceptive. If you take reading horoscopes lightly or “in fun,” you are denying that the occult is forbidden or possibly dangerous.

As someone who was involved in this and related areas for a number of years, I can attest to the dangers inherent in these practices. In the Deuteronomy passage, God warns us against divination, sorcery, spiritism and interpreting omens; such systems are not from Him. To read horoscopes is to take God’s word lightly and is trifling with the occult.

The very roots of astrology are in ancient paganism and worship of the planets as gods, making astrology a true form of “fellowship with the unfruitful works of darkness ” (Ephesians 5:11). Most astrologers are involved in other forms of occultism and New Age practices such as tarot cards, numerology, belief in reincarnation, having spirit guides, Eastern meditation practices, and so forth. Thus, reading horoscopes (as well as consulting an astrologer) is to be receptive to something coming from this kind of spiritual worldview.

Being an occult art, astrology is connected to the paranormal powers of the occult. This paranormal effect manifested for me when I would concentrate on a chart in preparation for a reading or during the session with the client: I would feel a distinct energy flowing between the chart and myself. I called it “tuning into the chart.” I usually felt guided through the chart, and seemed to know where to go in the chart for information and which information was relevant for the client.

I also experienced psychic “flashes” which came to my mind in words or pictures. I usually thought this guidance was coming from one of my spirit guides or that I was tapping into a psychic data bank. Surprisingly, direct clues from the client distracted rather than helped me; I preferred not to know anything about the client other than their birthdate, birthplace, and time of birth, information that was needed to compute the chart. I often recorded charts on tapes for absent clients whom I had never met, and this was sometimes easier than having the clients physically present.

I learned from talking to other astrologers that they shared these experiences. The longer I practiced astrology, the stronger the guidance and psychic flashes. I realize now that this information and “guidance” comes from demonic sources much the same way a medium or psychic receives some of their data, and it was accurate enough to “hook” clients into coming back and recommending me to friends, as well as validating astrology for my own benefit.

If you are reading this as a Christian, please take God’s word to heart and do not consult horoscopes, even in fun. It’s easy to get in the habit of reading them. If by coincidence a horoscope forecast is right one day, you would become even more curious and captivated, and actually might get interested enough in astrology to consult an astrologer.

If you are reading this as a non-Christian, or even as someone who practices astrology, please realize that I am not attacking you or astrologers. This is about the practice of astrology and what God has to say about it; it is not about being “against” anyone. Please keep an open mind, and consider whether it is the Creator who should be consulted rather than a divinatory practice using the Creator’s creation.

God reveals Himself as Creator in nature and in the design of the universe, and in the fact everyone has a conscience, automatically knowing there is a right and wrong. But the fullest revelation of God came in His son, Jesus Christ, who suffered on the cross the penalty for our sins, who bodily resurrected the third day, and who will come again to judge the living and the dead. We also have God’s revelation in His word, the 66 books of the Bible.

Divination and looking to creation or psychic powers

“There shall not be found among you anyone who makes his son or his daughter pass through the fire, one who uses divination, one who practices witchcraft, or one who interprets omens, or a sorcerer.” Deuteronomy 18.10

“Then they made their sons and their daughters pass through the fire, and practiced divination and enchantments, and sold themselves to do evil in the sight of the LORD, provoking Him.” 2 Kings 17.17

“When they say to you, ‘Consult the mediums and the spiritists who whisper and mutter,’ should not a people consult their God? Should they consult the dead on behalf of the living?” Isaiah 8.19

“You are wearied with your many counsels; let them stand forth and save you, those who divide the heavens, who gaze at the stars, who at the new moons make known what shall come upon you. Behold, they are like stubble; the fire consumes them; they cannot deliver themselves from the power of the flame.” Isaiah 47.13-14

“They exchanged the truth of God for a lie, and worshipped and served created things rather than the Creator.” Romans 1.25

The heavens and God

“LORD, our Lord, how majestic is your name in all the earth! You have set your glory above the heavens.” Psalm 8.1

“The heavens are telling of the glory of God; And their expanse is declaring the work of His hands.” Psalm 19.1

Share3K
Tweet
Pin6
3K Shares
Enjoy this article? Take a moment to support us on Patreon!

Proof The Ascended Masters Are Demons In Disguise

The Nephilim Of The Old Testament: Who Are They, What Are...