By James Bishop| Douglas Ell, who grew up in Connecticut, graduated from the Massachusetts Institute of Technology (MIT) with degrees in maths and chemistry. He then went to the University of Maryland where he earned a Master’s degree in theoretical mathematics.

As a child Ell went to church but when he became a teenager he found himself believing in God less and less until (1), eventually, he adopted atheism (2). He says that he was a nerdy child who would write out long numbers for entertainment and read books on intellectual topics, and he loved dinosaurs, history, and anything that had to do with science (3).

When he arrived in high school Ell penned a letter to his minister in which he stated that he no longer believed in God. The minister responded through giving him a book to read. But Ell never did read it, and many years later when he had received his law degree Ell was a staunch, committed atheist. His atheism was undergirded by the fact that “It seemed you could explain just about everything with logic and science. It seemed God had no place in our modern world. I treated God like a joke” (4).

However, when he was in his early 30s, Ell had a son. This caused him and his wife to start attending church of which Ell treated more like a social club than a place of worship. After all, he certainly wasn’t a believer and only saw the church as a community of friendly and supportive families that might create a conducive environment for his child’s development. But what struck Ell was that the congregants and worship teams had a very noticeable inner peace.

Ell envied this but, at the same time, failed to see how he could have it if he didn’t believe what they believed. Years later, and well into his 40s, Ell would fly a lot out of career obligations. This gave him the time to begin reading more deeply about science, mathematics, and religion.

The more he read, the more he saw a connection between the three. This marked a big turn in his own life as his atheism, he found, was beginning to be challenged on an intellectual level. In fact, there were a number of ways he saw that science and mathematics supported the existence of God:

1. The evidence that the universe had a beginning
2. The apparent “fine tuning” of the universe
3. The complexity of life and our inability to discover a naturalistic explanation for its origin
4. The fantastic, futuristic technology that exists in all of life
5. The mounting evidence against neo-Darwinian evolution
6. The specialness of earth
7. The mathematical nature of the universe

This stuck a dagger deep into the heart of Ell’s atheism. But to make just a side note on point 5, Darwinian evolution as a scientific theory is not monopolized by atheism as one might think is implied by Ell’s line. In fact, a good number of Christians accept an evolutionary explanation and even specifically Darwinian evolution (Biologos would be the face of this position; also see the Biologos founder Francis Collins’ testimony of his conversion to Christianity from atheism).

Darwinian evolution is not inconsistent with belief in God though evolutionism is. But evolutionism is far from evolution as science has it. Ell, however, would not only go on to believe in God’s existence but to also accept that Christianity must be true. He went beyond this and started giving talks at churches about the arguments that had convinced him of the truth of Christianity, and especially the ones from science and mathematics.

Ell came up with probability calculations which, he argued, undeniably pointed to the fact that the universe was designed by a Creator than merely it being a highly improbable result of chance. In one of his presentations Ell says that he was sitting having dinner with his friend Peter Fisher, the head of physics at MIT, one evening (5).

Having already been in the process of thinking long and hard about his calculations and observations, Ell said to Fisher, “You know, someone should write a book about this, because I’m finding modern science strongly supports belief in God.” To which Fisher responded, “Maybe that someone could be you.”

Ell took Fisher’s response to heart and went about writing his own book on “all this evidence of design.” Such design was particularly strong in human biology, “Compare human beings, with 30 trillion exquisitely interconnected cells, to the most primitive bacteria. We have astonishing added hardware: legs, arms, hearts, eyes, ears, and on and on. We have amazing “apps ”: all of our senses, muscle coordination, subconscious regulatory processing, and the killer “app” of all existence: human consciousness and reason. Yet we have the same operating system as the bacteria. We and that bacteria and all life run off Life 1, designed 3.5 billion years ago” (6). Thus, as time went on, and over the next 30 or so years, Ell only became more convinced that science supported belief in God (7).

The reception to his book and the talks he has given at his church in Florida have been “overwhelmingly positive.” Ell now travels across America speaking on his seven-point theory of God and the sciences as well as giving lectures on probability theory and how it points to God. To Ell, God was no longer disdained as a delusion but became the very centre to which the universe and his own life pointed.

1. Proslogion. 2015. Counting To God: Another Atheist Who Became a Christian. Available. 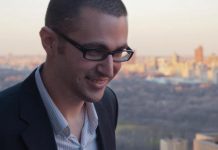