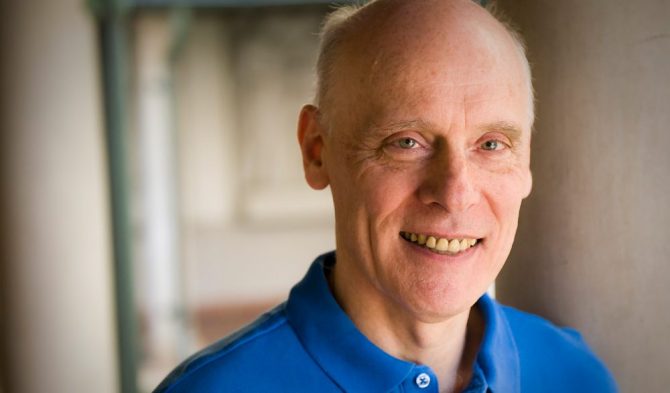 By James Bishop| *Views expressed in the testimony provided are expressive of the individual’s own beliefs and reasoning, and are not necessarily held by James Bishop.

Ross says that he grew up in a morally upright but non-religious home, and that he was also surrounded by a community that were mostly non-religious. Thus, he had little exposure to Christians and Christianity during his youth years, “Our neighbors could also be described as non-religious. I did not know any Christians or serious followers of any other religion while I was growing up.”

At the tender age of seven he already had developed a passion for physics. If, by any chance, this makes you feel a bit dim, you’re in good company. After all, while I, and probably just about every other adolescent with a television, was watching cartoons or playing Call of Duty, Ross was reading books on the sciences and physics! Nonetheless, when he was 16, with his “dad’s help and the money I saved from collecting pop bottles,” Ross built his first telescope.

As Ross matured, he would discover that Big Bang cosmology proposed a dilemma for his atheism, and over “the next several years my study of the big bang convinced me that the universe had a beginning, and thus a Beginner… because the big bang implies a cosmic beginning, it also implies a Beginner, a Causal Agent outside or beyond the universe… But, like the astronomers whose books I read, I imagined that the Beginner must be distant and non-communicative.”

At that same time, Ross begun finding issues with the anti-religious perspectives and ideologies presented by many notable 18th century Enlightenment thinkers, “Knowing that the European philosophers of the Enlightenment largely discounted religion, my initial response was to study their works. What I discovered, however, were inconsistencies, contradictions, evasions, and circular reasoning.”

However, having compared the Bible with other religions, other sacred texts, and atheistic ideologies, he discovered it to be “noticeably different.” It thus appealed to him as a scientist, “It was simple, direct, and specific. I was amazed at the quantity of historical and scientific (i.e., testable) material it included and at the detail of this material.

The first page of the Bible caught my attention. Not only did its author correctly describe the major events in the creation of life on earth, but he placed those events in the scientifically correct order and properly identified the earth’s initial conditions.”

For Ross, the Bible thus proved to be an exception because not only did it provide hundreds of statements that could be tested for accuracy but it also anticipated, thousands of years in advance, many facts of socio-political history and of nature that research would only much later confirm. For example, Ross highlights its anticipation of the history and current tensions in the Middle East, as well as four fundamental features of big bang cosmology:

1. The beginning of space and time coincident with the beginning of matter and energy;
2. continual expansion of the universe from the cosmic beginning;
3. the constancy of physical laws; and
4. the pervasiveness of entropy (decay).

Ross, as an astrophysicist, became convinced that belief in God was reasonable. The case was so impressive that it led him to understand Jesus Christ as “the Creator of the universe, that He paid the price that only a sinless person could pay for all of my offenses against God, and that eternal life would be mine if I would receive His pardon and give Him His rightful place of authority over my life…

Through nearly two years of study this book’s predictive power persuaded me that it must have been inspired by One who knows and guides the past, present, and future. I had essentially proven to myself that the Bible is more reliable than the laws of physics I focused on in my university courses. The only reasonable conclusion I could see was that the Bible must be the inspired Word of God.”

Today Ross speaks and writes about how scientific evidence supports belief in scripture, including its account of creation found in the book of Genesis. The ministry currently has over 25 staff members and thousands of volunteers across the world with the mission to spread the Christian Gospel by demonstrating to both skeptics and believers alike that sound reason and scientific research consistently supports, rather than erodes, confidence in the truth of the Bible and faith in the personal, transcendent God revealed in both scripture and nature,

“I never tire of sharing this news with others or of seeing the joy that shines from the face of someone who has just opened his or her heart to new life in Jesus Christ.”

If readers wish to engage Ross’ views in more depth be sure to check out some of his most important books such as The Fingerprint of God (1989), Why the Universe is the Way it Is (2008), Navigating Genesis: A Scientist’s Journey through Genesis 1-11 (2014), improbable Planet: How Earth Became Humanity’s Home (2016).  You can also visit his website here.

Share3K
Tweet
Pin8
3K Shares
Enjoy this article? Take a moment to support us on Patreon!