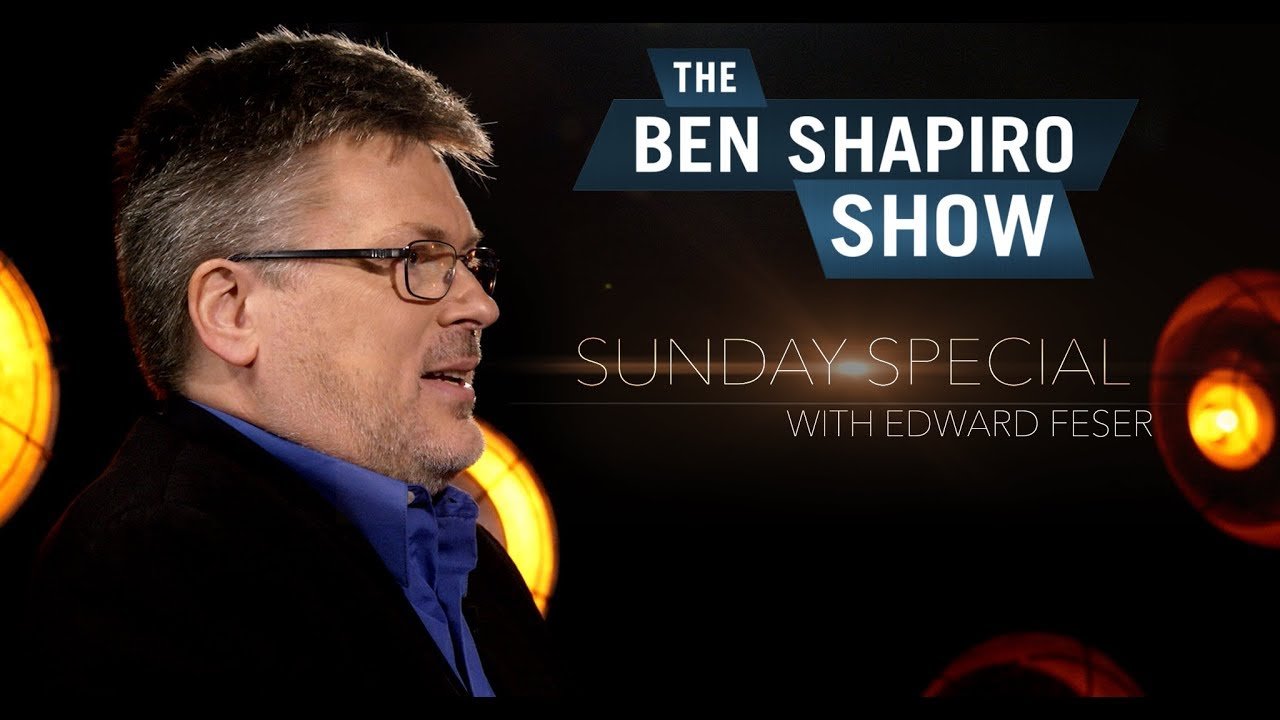 By James Bishop| Philosopher Edward Feser perhaps has one of the most well articulated and detailed testimonies I recall having read (which at this point is quite a few). Feser is a professional philosopher after all, so it shouldn’t be too much of a surprise. Nonetheless, in this short post I have attempted to summarize Feser’s journey while also attempting to outline some of the key moments that had taken place within it.

I am confident that this summarized testimony will be helpful to those who don’t necessarily have the time to read through the 7000 word testimony on Feser’s own website. However, I do encourage reading the full testimony for there is much in the details not included here.

As a way of biography, Feser is a well-known philosopher in the profession having penned numerous academic articles on several subjects ranging from the philosophy of mind to metaphysics. He is the Associate Professor of Philosophy at Pasadena City College, previously a Visiting Assistant Professor at Loyola Marymount University, and a Visiting Scholar at the Social Philosophy and Policy Center.

He has authored numerous books including Aquinas, Five Proofs of the Existence of God, Scholastic Metaphysics: A Contemporary Introduction, and The Last Superstition: A Refutation of the New Atheism. Feser was also once an atheist naturalist until he converted to Christianity.

Feser explains that he was a convinced atheist naturalist for a period of 10 years in the 1990s and that his transition away from it “was no single event, but a gradual transformation.” He was brought up Catholic but ultimately lost his faith while a teenager around the age of 13 or 14. His atheism stayed with him well into his university years as a passionate philosophy student.

While at university he discovered a new interest in existentialism and existentialist philosophers, particularly Soren Kierkegaard. This interest led him to discover other existentialists such as Friedrich Nietzsche and Walter Kaufmann of whom he both appreciated but especially Kaufmann in particular. In the more modern philosophical climate, the atheist analytic philosopher J. L.

Mackie proved appealing to Feser, and he considered Mackie’s book The Miracle of Theism to be a solid piece of philosophical work. Feser remarks that Mackie’s book was “intellectually serious, which is more than can be said for anything written by a “New Atheist.”” Philosopher Kai Nielsen would also appeal on issues of morality and religion. According to Feser,

“What really impressed me was the evidentialist challenge to religious belief. If God really exists there should be solid arguments to that effect, and there just aren’t, or so I then supposed… Atheism was like belief in a spherical earth — something everyone in possession of the relevant facts knows to be true, and therefore not worth getting too worked up over or devoting too much philosophical attention to.”

However, when he examined analytic philosophy in some more detail during the course of his studies it would, before long, bring his “youthful atheism down to earth.” The genesis of Feser’s transition away from atheism came about when he first begun to look into the philosophy of language and logic. Over the several following years, during which he weighed information and arguments presented in his course materials, he reasoned that the existing naturalistic accounts of language and meaning failed to satisfy,

“I already knew from the lay of the land in the philosophy of language and philosophy of mind that the standard naturalist approaches had no solid intellectual foundation, and themselves rested as much on fashion as on anything else.”

Feser’s journey continued on to unexpected places. He moved towards Aristotelianism, especially in regards to ethics (rather than metaphysics), and then toward Platonic realism. The further he ventured on this philosophical voyage the more he discovered that philosophical materialism “was shallow and dogmatic” and that “Naturalism came to seem mysterious at best.” Despite these uncomfortable truths, he sustained his “commitment to naturalism for some time.”

However, just shy of the turn of the century, Feser, while still a grad student, was given an opportunity to teach a philosophy of religion course, followed by opportunities to teach intro to philosophy courses. Teaching in philosophy of religion required that he taught the arguments for and against the existence of God as proposed by notable historical figures like Anselm and Thomas Aquinas to his students. However, as still an atheist naturalist, Feser recounts how he was not particularly unbiased in his manner of teaching as he “taught the material the way so many professors do:

Here are the arguments; here are the obvious fallacies they commit; let’s move on.” Despite this monotonous approach, which soon begun to bore him, he could not shake the realization that many of the historical individuals (philosophers and theologians in particular) who had presented these arguments in their time “were obviously not stupid.” This awareness motivated Feser to really grapple with the content and approach the subject material in a slightly fairer manner,

“So, it seemed to me that it would be interesting to try to give the arguments a run for their money, and to try to make it understandable to the students why anyone would ever have accepted them… I still didn’t agree with the arguments, but at least teaching them was getting interesting.”

Over time, as Feser examined the arguments presented in favour of God’s existence the more he was compelled to accept them. This also marked a period of transition,

Feser could no longer rationally sustain his philosophical naturalism in the face of these arguments. In fact, not too long after, and perhaps to his own surprise, he was trying to convince and convert his wife’s skeptical physicist brother-in-law of the truth of philosophical theism while they were on a train trip through eastern Europe.

Feser leaves us with words which almost certainly have their routes in the 17th century philosopher of science Francis Bacon, a devout Christian and the father of the scientific method, who once remarked that “a little philosophy inclineth man’s mind to atheism, but depth in philosophy bringeth men’s minds about to religion.” Feser reasoned similarly: