Home Christianity Zeitgeist Debunked: Jesus Is Not A Copy Of Pagan Gods 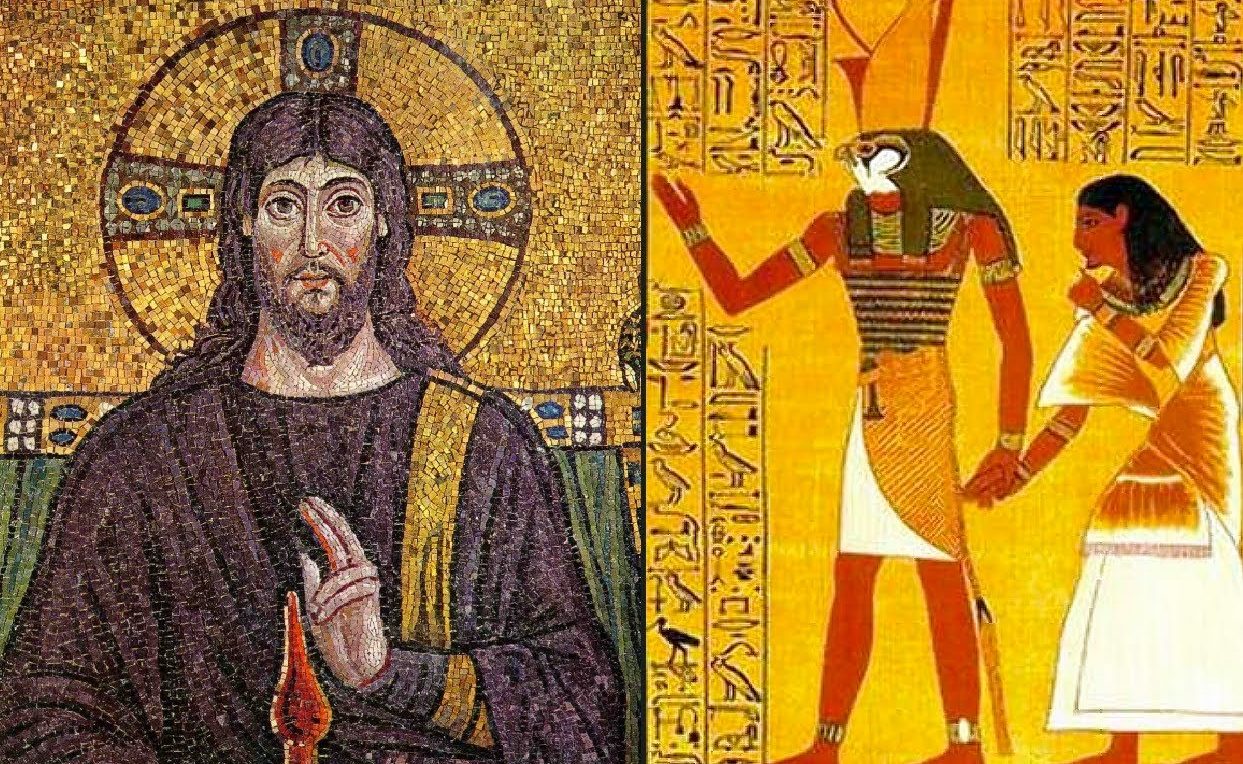 By Steven Bancarz| It’s often claimed that the story of Jesus was plagiarized or adopted from pagan deities. That the ideas of his virgin birth, his baptism, his gathering of disciples, his miracle working, his title as the son of god, his death and his resurrection are ideas that were taken from pre-Christ pagan myths and mishmashed together to give us the unoriginal and recycled story of another dying and rising saviour-figure: Jesus Christ.

Zeitgeist, Religulous, and other such films and books have popularized this idea, which has since then become a favourite talking point of skeptics in the blogosphere.  I personally have seen this point brought up so many times it is hard to keep track, with the same sensationalist memes being recycled around the internet: 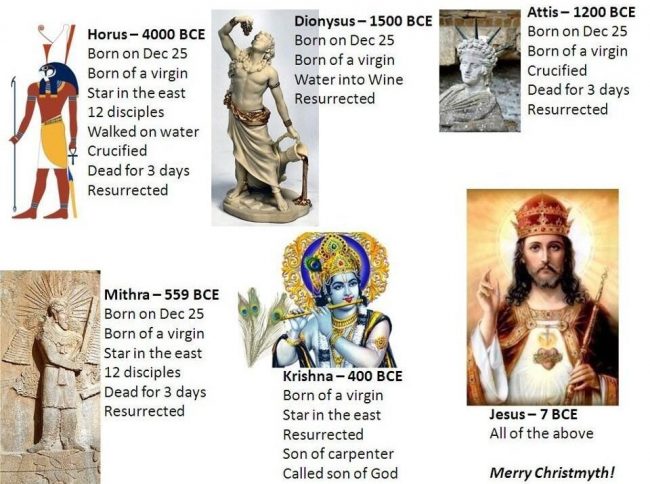 We are told Jesus is just one of many dying and rising gods present in history, and that every culture has their own saviour figure with stories that are exactly the same as the story of Jesus in every way.  Since we apparently have stories of gods that predate Jesus who have the exact same outline and ministry as he did, it’s suggested that the story of Jesus is a knock-off of pagan stories that come before him.

This idea could not be farther from the truth.  As Bart Ehrman, atheist professor of Religious Studies at UNC, has said:

“The alleged parallels between Jesus and the “pagan” savior-gods in most instances reside in the modern imagination: We do not have accounts of others who were born to virgin mothers and who died as an atonement for sin and then were raised from the dead (despite what the sensationalists claim ad nauseum in their propagandized versions).”

While this idea may stop is in our tracks at first glance, when we dig deeper we find that these “parallels” are made up to such an extent as to be simply embarrassing.  Jesus is not a knock-off of pagan god stories, and this is a basic fact of history.  Let’s take a quick look at Mithra, Dionysus, and Horus, all of whom are claimed to have born of a virgin, killed, buried, and resurrected from the dead.

Mithra had absolutely no virgin birth.  In fact, Mithra was not born in a literal sense, he emerged out of a rock.(1)(2) Mirtha was only born metaphorically, not literally.  Mithra even emerged out of this rock as an adult, not as a baby. Mithra has no real mother, no virgin birth, no manger.

Emerged from a rock as an adult, no death on a cross (or at all), and no resurrection from the dead.  Yet, this pagan deity is still brought up all the time as being the god whom Jesus was plagiarized are amalgamated from.  Not to mention, most of what we know about Mithra comes after Jesus at the end of the first century, meaning Mithraism might have even drawn influence from early Christianity. 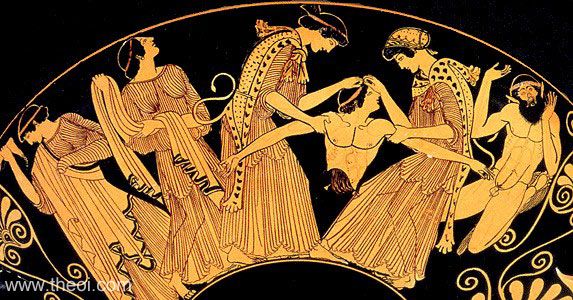 Dionysus also was not born from a virgin mother. There are several different mothers for this god depending on which source you read, but the most common story is that Dionysus was born from Zeus having sex with Semele:

“And Semele, daughter of Kadmos was joined with him [Zeus] in love and bare him a splendid son, joyous Dionysos,–a mortal woman an immortal son. And now they both are gods.” – Hesiod, Theogony. 940 ff (trans. Evelyn-White) (Greek epic C8th or 7th B.C.)

Nothing virginal about this story, or any of the others pertaining to the birth of Dionysus.

Dionysus died, not on a cross, by being torn up into a bunch of pieces by the titans (4).  He was then boiled in a pot, and then eaten by them.  There are at least 6 different accounts of what happens to his remains after that.  The only thing this has in common with the death of Jesus is physical pain, which is so general and common in death accounts as to offer no value to this discussion.

While most restoration accounts of Dionysus are too ambiguous to matter, there is one story that reads: “Dionysus was deceived by the Titans, and expelled from the throne of Jupiter, and torn in pieces by them, and his remains being afterwards put together again, he returned as it were once more to life, and ascended to heaven.”

Pretty close to the story of Jesus. The problem is that this source, Contra Celsum, was written by the early church father Origen in 248AD, over 200 years after the story of Jesus had already been established and circulating. This is a post-Christ resurrection story.  If anything, it may have been the Dionysus cults that adopted this idea from Christianity.

As historian Gary Habermas has said:

“I don’t know anybody who thinks that Dionysus is pre-Christian, not the resurrection portion.” (5) 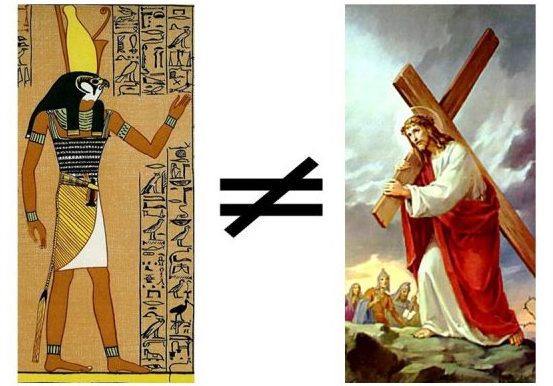 As for Horus, he also had no virgin birth.  Isis had sex with Osiris after reassembling his body parts which were torn apart and scattered over Egypt.  As egyptologist and professor at the university of Arizona Dr. Richard Wilkinson has written,

“Through her magic Isis revivified the sexual member of Osiris and became pregnant by him, eventually giving birth to their child, Horus.” (6)

“After having sexual intercourse, in the form of a bird, with the dead god she restored to life, she gave birth to a posthumous son, Horus.” (7)

There exists not a single record of Horus ever even dying. Like Mithra, we are left to wonder how such a figure could be called a “dying and rising god”.  Since he didn’t die, this means He wasn’t buried in a tomb or resurrected from the dead.

Historian J.Z. Smith famously said in his essay in the Encyclopedia of Religion,

“The category of dying and rising Gods, once a major topic of scholarly investigation, must now be understood to have been largely a misnomer based on imaginative reconstructions and exceedingly late or highly ambiguous texts…

There is no unambiguous instance in the history of religions of a dying and rising deity.” (8)

Trigge Mettinger, a Swedish scholar and former professor at Lund University, has authored one of the most comprehensive works ever written in the field of dying and rising gods and its relationship to Christianity called ‘Riddle of Resurrection: Dying and Rising Gods in the Ancient Near East’.  He concludes his book by the following:

Jesus’ life is a fact a history, making such parallels (even if they existed) irrelevant. 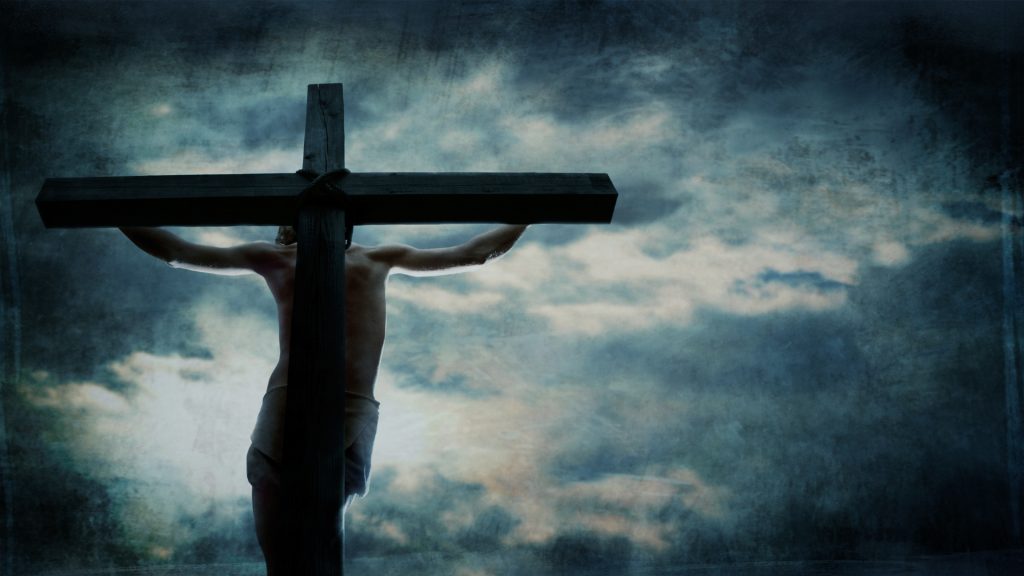 The story of Jesus can be established from historical sources, meaning any similarities we do find are unrelated to the origin of these beliefs of Jesus.  It may surprise some to hear that all academic scholars agree Jesus existed as a historical figure. As Bart Ehrman says:

“There is no scholar in any college or university in the Western world who teaches classics, ancient history, new testament, early christianity, any related field who doubts that Jesus existed.” (10)

“Frankly, I know of no ancient historian or biblical historian who would have a twinge of doubt about the existence of a Jesus Christ”.

Furthermore, some aspects of the life of Jesus are universally agreed upon by historians.  Let’s take the crucixion for example.  We can demonstrate the crucifixion of Jesus on 11 ancient independent sources, maybe even more:

Our best extra-biblical source comes from the Roman historian and senator Tacitus (c. A.D. 55 – c. A.D. 117) who mentions the crucifixion of Jesus in ‘Annals, book XV’:

“Consequently, to get rid of the report, Nero fastened the guilt and inflicted the most exquisite tortures on a class hated for their abominations, called Christians by the populace. Christus, from whom the name had its origin, suffered the extreme penalty during the reign of Tiberius at the hands of one of our procurators, Pontius Pilatus.”

Skeptic and professor of New Testament History, at the University of Gottinggen Gerd Lüdemann says that

“Jesus’ death as a consequence of crucifixion is indisputable.” (11)

“One of the most certain facts of history is that Jesus was crucified on orders of the Roman prefect of Judea, Pontius Pilate.”  – The Historical Jesus: Lecture Transcript and Course Guidebook 2000. p. 162)

So even we have pre-christ myths of gods who died in some way, so what?  It’s simply irrelevant, since Jewish Roman and Christian history all confirm that Jesus was killed on a cross.  And if it happened in history, that means it wasn’t plagiarized.  Plain and simple.

His baptism, his belief that he had authority from God, his gathering of disciples, and his working of what people believed to be miracles are other established facts universally agreed upon by historians.  Because these portions of Jesus’s story are rooted in history itself, pagan myths have absolutely no bearing or relevance to the origin of these beliefs about Jesus.

In the video below, we examine a third argument against this notion that Jesus is a knock-off of pagan deities:

9) Mettinger, Tryggve N.D. The Riddle of Resurrection: “Dying and Rising God’s” in the Ancient Near East. Stockholm: Almqvist & Wiksell International, 2001. 221.

Share10K
Tweet
Pin28
10K Shares
Enjoy this article? Take a moment to support us on Patreon!

6 Big Reasons Why Islam Is False