Home Bible Why Do We Have A New Testament? 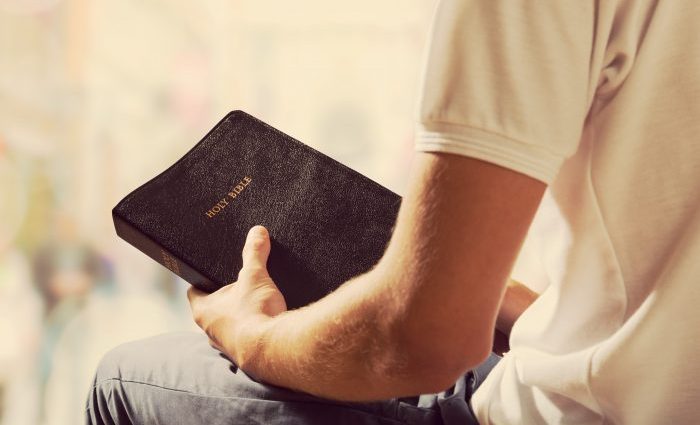 “Such is the confidence that we have through Christ toward God. Not that we are sufficient in ourselves to claim anything as coming from us, but our sufficiency is from God, who has made us sufficient to be ministers of a new covenant. . . ” – 2 Corinthians 3:4-6 (ESV)

Why Do We Need a Canon?

If you use this question as a survey of most scholarship, particularly secular scholarship, the answer is often that the New Testament Canon is nothing more than a byproduct of historical factors many centuries after the time of the Apostles.  The very concept of canonicity from this approach, is something retroactively imposed on the New Testament books and certainly was nothing that could have been planned or predicted ahead of time.

A very common claim, made famous by Adolf von Harnak, but repeated many times since, is that “The impelling force for the formation of the canon was the second century heretic, Marcion.”[1]  It is suggested along this line, that the church father Irenaeus created the New Testament Canon for the direct purpose of combating heresy.  A consequence of this view is that the Apostolic authors of the New Testament had no intention of producing a Canon.  In short, “nothing dictated that there should be a NT canon at all.”[2]

Should we really think that this is the most accurate explanation for the existence of the New Testament?  Should we just accept the idea that the governing force over the New Testament Canon only goes back to the second century?  I would suggest that there is a better way.  In fact, I would argue that remaining focused exclusively on the time after the Apostles does a disservice to the world in which they existed.

To understand why a New Testament Canon had to exist, we must turn our attention to the time before the Apostles ever put pen to paper.

If we are to understand the redemptive-historical environment from which the authors of the Canon came, we must understand the covenantal backdrop of the New Testament itself.  It’s because of this covenantal backdrop that we can clearly affirm that the authors of the New Testament possessed a “canon consciousness” centuries before the work of Irenaeus or Marcion.  They possessed this consciousness, precisely because the authors emerged from the covenantal context laid down by the Old Testament.

In a sense, the covenantal relationship between God and His chosen people began immediately after the fall.  Provisions were made by the Lord to save a particular people for Himself by grace through the shed blood of the One promised to crush the head of the serpent (Gen. 3:15).

This covenant found its fulfillment in the Second Adam, Jesus Christ, by perfectly keeping its obligations and taking upon himself the curse of disobedience at the cross, securing the blessings for the people he represented (1 Cor. 15:21-22).

The Old Testament covenantal structure is patterned after the treaty covenants of the ancient Near-Eastern world.  These covenants would follow a consistent format of Preamble, Prologue, Stipulations, Sanctions and Deposit of a Written Text of the Covenant.  Ancient Hittite treaty covenants always provided a written copy for both parties, with provisions to have the covenant documents read publicly at regular intervals.

While much of our popular Sunday School art memorabilia has depicted Moses writing the Ten Commandments on two tablets because he could only fit 5 on each stone, the reality is that each tablet contained the entirety of the covenant; one copy for each party, after the patter of Near-Eastern covenant treaties.

If this evidence is not quite convincing, there is the additional feature of most Near-Eastern covenant treaties containing an inscriptional curse, pronouncing judgment on those who would change the wording of the documents.  The very same type of curse is found in Deut. 4:2:

Just as Paul wrote in 2 Corinthians, the writings of the New Testament were to be a new covenant to the chosen people of God.  The religious world of Judaism was already anticipating a future covenant wherein Israel would be redeemed.  In Jeremiah 31:31-32 we read:

“Behold, the days are coming, declares the Lord, when I will make a new covenant with the house of Israel and the house of Judah, not like the covenant that I made with their fathers on the day when I took them by the hand to bring them out of the land of Egypt. . .”

Given that the prophet Jeremiah would have understood this covenant in the same terms as the ancient Near- Eastern covenants of the Old Testament, there would have been a clear expectation that this new covenant, like the old covenant, would be accompanied by written texts that would testify to the terms of the new arrangement between God and His people.  That the New Testament even acknowledges this of itself can be seen in the parallel, inscriptional curse found in Rev. 22:18-19:

The Apostle Paul, clearly acknowledged himself, and others, to be the ones to administer this new covenant.  He speaks of the “old covenant” of Moses in 2 Cor. 3:14 with a repeated emphasis on it being “read”; a clear indication that this old covenant was, for Paul at least, a written one.  Therefore, “If Paul’s concept of a covenant is intimately connected to written texts, and he announces in a written text that he is the authoritative minister of the new covenant, it is difficult to avoid the implication that he also understands the new covenant as having written texts.”[5]

At the opening of the Decalogue, the old covenant, God speaks of His redemptive activity, delivering the people of Israel from Egypt.  In this we see the Old Testament pattern of canonical documents acting as the result of God’s redemptive activity on behalf of His people.

What’s more, they function as a means to proclaim that redemption to all the people for generations to come; a form of “revelation” to the world.  By the first century, the Jews were clearly awaiting a new deliverance from God (Luke 2:38).  If early Christians saw the actions of Jesus as the fulfillment of this long-awaited redemption of God, being immersed in the Old Testament documents themselves and expecting a redemption-revelation pattern, they would expect a new revelation deposit, or Canon, to accompany that redemption.

Evidence of this state of mind is even found in the very writings of this “New” Testament.  In the Old, we read from the prophet Isaiah that:

“The Spirit of the Lord God is upon me,
because the Lord has anointed me
to bring good news to the poor;
he has sent me to bind up the brokenhearted,
to proclaim liberty to the captives,
and the opening of the prison to those who are bound;
to proclaim the year of the Lord’s favor. . .”[6]

A verse later quoted by Jesus himself as applicable to his own ministry.  The “good news” of the prophet Isaiah is the word ευαγγελιον (ū-an-gel-i-on) in the Greek, also interpreted as “gospel”.  It’s by no accident that the accounts of Jesus’ redemptive ministry were then given the title “Gospel” (Ευαγγελιον) since they were considered the embodiment of the divine message promised by the Old Testament covenant.

Contrary to much of popular scholarship, the New Testament Canon was not a result of historical-political occurrences centuries after their writings, but the anticipated covenant documents that would immediately follow a redemptive act of God.  The apostolic character of these books reminds us that their authority, even their existence, doesn’t depend on the actions of a later church council, but is rooted in the foundational role played by the apostles as “ministers of the new covenant”.

Long before the time of Marcion and Irenaeus there existed a structural framework for a canon: the covenant.  And there was a clear and powerful rationale for the canon: redemption.

The answer to the question, “Why do we even have a New Testament Canon?” is that the redemptive covenant between God and His people has always come with written, covenant documents.  And these documents exist so that this redemption may be proclaimed as a revelation to all the world.

Why Did Jesus Call Himself The “Son of Man”?

Paul’s Martyrdom: Killed For Believing Jesus Appeared To Him