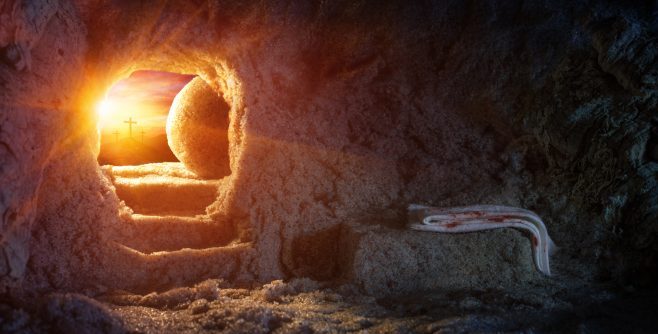 By James Bishop| When the historian wishes to learn about the life and ministry of Jesus he evaluates the primary sources (the gospels, Pauline epistles, and the rest of the New Testament) using what is known as the Criterion of Authenticity. Through this process the historian may come to the conclusion that the gospel accounts are generally reliable when they report on the deeds and sayings of Jesus.

This process assigns probability to the deeds and sayings of Jesus, and, of course, the greater the probability the more confident we can be in an alleged saying or event. There are several aspects to this criteria that scholars routinely apply in their professional work. These are identified as multiple attestation, dissimilarity to Christian teaching, linguistic semitisms, traces of Palestinian milieu, retention of  embarrassing material, coherence with other authentic material, and so on.

This method is aimed at affirming sufficient, not necessary, conditions of historicity. In other words, we could grant that a saying of Jesus is both multiply attested and dissimilar but not embarrassing. However, if the historian were to grant embarrassment as a necessary condition of authenticity for Jesus’ saying then it would have to be seen as inauthentic.

Yet that would obviously be the wrong approach since both multiple attestation and dissimilarity would be quite sufficient for affirming authenticity. The criteria is not infallible and can be mistaken, however, it remains, that they can be generally accepted as indications of authenticity.

Philosopher William Lane Craig outlines several criterion than can be used to establish the likelihood of a specific event (S) ascribed to Jesus (1):

(1) Historical congruence: S fits in with known historical facts concerning the context in which S is said to have occurred.

(2) Independent, early attestation: S appears in multiple sources which are near to the time at which S is alleged to have occurred and which depend neither upon each other nor a common source.

(3) Embarrassment: S is awkward or counter-productive for the persons who serve as the source of information for S.

(4) Dissimilarity: S is unlike antecedent Jewish thought-forms and/or unlike subsequent Christian thought-forms.

(5) Semitisms: traces in the narrative of Aramaic or Hebrew linguistic forms.

(6) Coherence: S is consistent with already established facts about Jesus.

If a saying/event of Jesus can pass one or more of these criteria then one may be in a good position to affirm its historicity. We should keep in mind that this list does not presuppose the general reliability of the gospels, nor the inspiration of the New Testament. Instead they focus on a particular saying/event and give reason for thinking that a specific aspect of Jesus’ life is historical independent of the general reliability of the document.

However, it would benefit the historian if the gospels could be shown to be generally reliable although the criteria doesn’t depend on it, as Aaron Blake explains, “It should be noted this approach does not assume the inerrancy or divine inspiration of any New Testament document. Rather it merely holds these writings to be historical documents penned during the first century AD” (6).

What most historians agree upon

Using this method many important details from Jesus’ life can be reasonably established. This would include, but is not limited to, his radical personal claims, his crucifixion, burial in the tomb, the discovery of the empty tomb, post-mortem appearances, and his disciples’ coming to believe suddenly that God had raised him from the dead. In fact, exegete and philosopher of religion Gary Habermas has identified 12 such facts after combing through some three thousand articles penned by professional historians (2) (3):

1. Jesus died by crucifixion.
2. He was buried.
3. His death caused the disciples to despair and lose hope.
4. The tomb was empty (the most contested).
5. The disciples had experiences which they believed were literal appearances of the risen Jesus (the most important proof).
6. The disciples were transformed from doubters to bold proclaimers.
7. The resurrection was the central message.
8. They preached the message of Jesus’ resurrection in Jerusalem.
9. The Church was born and grew.
10. Orthodox Jews who believed in Christ made Sunday their primary day of worship.
11. James was converted to the faith when he saw the resurrected Jesus (James was a family skeptic).
12. Paul was converted to the faith (Paul was an outsider skeptic).

Habermas explains that the Minimal Facts method “considers only those data that are so strongly attested historically that they are granted by nearly every scholar who studies the subject, even the rather skeptical ones” (4). Fact four (the empty tomb) is the most contested fact, however it remains a majority view with some two-thirds of professional scholars (including atheist ones) accepting it (5). I’ve outlined eight such reasons why the evidence for the empty tomb is persuasive.

Here is a thorough article going through the evidence for the resurrection of Jesus.

3. Habermas, G. 2012. The Minimal Facts Approach to the Resurrection of Jesus: The Role of Methodology as a Crucial Component in Establishing Historicity. Available.

5. Craig, W. What Do Scholars Believe About the Resurrection of Jesus? Available(video).

Share1K
Tweet
Pin2
1K Shares
Enjoy this article? Take a moment to support us on Patreon!