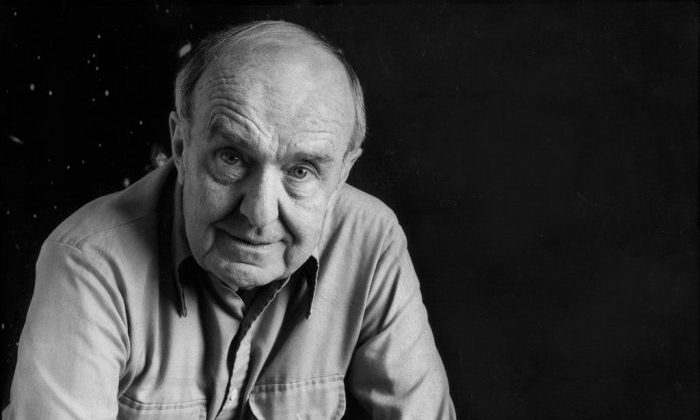 By James Bishop| Allan Sandage (1926-2010) was a prominent astronomer who worked at Carnegie Observatories. He is remembered by the scientific community because he determined the first reasonably accurate values for the Hubble constant, the age of the universe, and he also discovered the first quasar (1).

He is fondly remembered by the spiritual community because of his insightful contributions to science and theology after he had converted to Christianity in 1983 (2). Sandage had received numerous awards for his phenomenal scientific work including the Crafoord Prize (1991) and the Eddington Medal of the Royal Astronomical Society (1963).

Sandage had become fascinated with astronomy when he was just a teenager. His father bought him a telescope and during that time he spent four years recording all the sunspots he observed. At age 15 he visited Edwin Hubble at the Mount Wilson Observatory; Hubble being the famous and prolific astronomer who discovered the expansion of the universe. Hubble inspired Sandage who then began his career in the late 1940s as observing assistant to him and would find himself taking on Hubble’s project once he died.

At Miami University, Sandage studied physics and philosophy and graduated in physics in 1948. Before that he had served some time in the navy towards the end of WW2. But as his career as an astronomer progressed, Sandage made important contributions to dating the ages of stars, classifying galaxies, and understanding the processes of galaxy formation. He was also the first to recognize the existence of quasars – the brightest and most distant objects in the universe.

His discovery of Christ

Significantly, Sandage announced that he had become a born-again Christian explaining that his decision resulted in “a peace of mind” that he had experienced when he made the decision.  Sandage’s transition to faith and his scientific expertise while professing to be a Christian has had a formidable impact on some others.

For example, astrophysicist Hugh Ross, a former atheist turned Christian, remembers having a dialogue with Sandage when he was still alive, “I met Sandage when I was a research fellow at Caltech,” reminisces Ross, “A few years later, while serving as Sierra Madre Congregational Church’s minister of evangelism I noted Sandage’s name on one of the church’s registration cards. I paid him a visit. He told me he had just given his life to Christ after studying the Bible for 35 years” (3).

During their meeting Sandage would ask Ross two questions that he considered hugely important. First, he asked Ross if he believed the Bible to be the error-free word of God, cover to cover, in all respects, including science and history? The second question concerned how old Ross believed the universe was, and “After he heard my answers,” Ross says, “Sandage told me ours was the only church out of sixty-six he had checked out that gave answers he felt he could endorse. Sandage not only got involved in our church…”

For the rest of his life Sandage felt at comfortable marrying his scientific work with his religious faith, and did not see them as being contradictory or mutually exclusive. He seemed to see the relationship between science and religion in a similar way to how Stephen Jay Gould saw them, namely that of non-overlapping magisteria (NOMA).

Sandage believed that science and religion each represented different areas of inquiry because “things of the spirit are not things of science.” He was also sharply critical of a reductionist science and the methods employed by atheists,

“If there is no God, nothing makes sense. The atheist’s case is based on a deception they wish to play upon themselves that follows already from their initial premise. And if there is a God, he must be true both to science and religion.”

Drawing on inspiration from fellow scientists, Sandage found that “it was possible to do science and have a faith [in Christ]” (4).

Nonetheless, Sandage felt that science pointed towards a creator and seemed to support such a belief rather than argue against it. He was incredulous that chance alone could have resulted in the universe’s complexity,

“the world is too complicated in all its parts and interconnections to be due to chance alone” (5).

The complexity of biological organisms was also particularly spectacular to him, “I am convinced that the existence of life with all its order in each of its organisms is simply too well put together. Each part of a living thing depends on all its other parts to function.” For Sandage, there is no doubt that the more one learns and examines biochemistry the more there is some type of “organizing principle – an architect” that is apparent.

Thus, Sandage was specifically impressed by the argument from design. It is because the more science has progressed and the more we have learned about the universe that “many scientists are now driven to faith by their very work.”

In astronomy, Sandage found that astronomers had identified the creation event which put astronomical cosmology close to the type of medieval natural theology that attempted to find God by identifying the first cause. As promising that that observation tends to be for believers in God, Sandage emphasized that we still needed more than just the creation event to understand it theologically,

“But knowledge of the creation is not knowledge of the creator, nor do any astronomical findings tell us why the event occurred. It is truly supernatural (i.e. outside our understanding of the natural order of things), and by this definition a miracle. But the nature of God is not to be found within any part of these findings of science. For that, one must turn to the scriptures, if indeed an answer is to be had within our finite human understanding.”