Home Atheism 5 Reaons Why Atheism Is Still A Minority

By James Bishop| The atheist Steven Weinberg once remarked that “the world needs to wake up from its long nightmare of religious belief” (1). I suspect, as we shall see, that our friend Weinberg will be waiting for a good while yet.

According to the brochure of the atheist Beyond Belief conference (in 2006) “Just 40 years after a famous Time magazine cover asked ‘Is God Dead?’ the answer appears to be a resounding ‘No!’ According to a survey by the Pew Forum on Religion & Public Life in a recent issue of Foreign Policy magazine, ‘God is Winning’. Religions are increasingly a geopolitical force to be reckoned with. Fundamentalist movements – some violent in the extreme – are growing” (2).

Stats support this religious growth as well as the decline of atheism. A study by the Center for the Study of Global Christianity suggests that religion is growing and atheism is declining (11). For instance, in 1970 there were around 165,500,000 atheists in the world, that equated to about 4.5% of the global population. Yet, in 2010, the number of atheists had fallen to 136,582,200, or 2.0% of the population.

It is expected that by 2020 the number of atheists worldwide will be at 136,685,000. Although that is a small increase in absolute number it will still be down to around 1.8% of the world population. What this suggests is that atheism shall always remain a minority view in this world for the foreseeable future, especially due to population growth.

However, despite atheism’s global decline there are places where it enjoys a healthy vitality. For example, “Atheism in Britain simply does not create the kind of controversy that it does in America” (3) and in such a climate it can grow and be nurtured.

In fact, in England “if anything, it is the public profession of theism that raises eyebrows where we come from” (4).  This fact can be extrapolated to other nations where atheism has a strong presence, for example, in places like Japan, Czech Republic, France, Australia, Iceland and even England (12).

But beyond these few places it is has been proven rather premature to claim, as the atheist nihilist Nietzsche once did, that “God is dead.” And far from it as the stats show us. Any hopes that the atheist might have for a religion free secular utopia in the future is dire.

But I believe that there are several reasons as to why atheism remains such a minority. Firstly, atheism is a grossly unattractive worldview. And considering that, more often than not, people often let their emotions override their intellect they will end up rejecting it; particularly because they follow where their hearts lead them.

And on an honest reflection of the atheistic worldview it is certainly no wonder why most people (who have considered atheism) look elsewhere. In honest form the atheist Gavin Hyman explains:

“[A]lthough modernity has undoubtedly witnessed a turn from tradition-based religious commitment, this has not resulted in the widespread atheism that many had previously predicted. In fact, outright atheism remains a minority confession, and the modern Western world has witnessed the proliferation of alternative ‘spiritualities’ of various kinds. Many, it seems, are dissatisfied with atheism as the ‘final truth’ of the human condition” (5).

Confronted with the fact that on atheism meaning and purpose are essentially subjective (which is to basically say that they don’t objectively exist), that our emotions like love are mere illusions fobbed on us by an uncaring physical process, and that all we have amassed in life dissipates at the grave is not exactly appealing for most.

The universe arose by chance and in a relatively short cosmic time will enter into its inevitable heat death.  There will be no memory of us, no hope, no future, just the skeletons of dead stars and galaxies expanding into eternal darkness.  Pitiless indifference.  On Atheism, there is no objective and absolute purpose to anything in life.

I also think that social factors enter the equation here. Atheism, especially in America, does not often receive much positive sentiments from the populace at large. For example, a 2008 Gallup poll found that only 6% of Americans believe that no God exists. (13) I don’t doubt that there are many atheists stuck in closets because their entire family or peer group believe otherwise.

Being human, the atheist understandably fears rejection if he comes out as one. For instance, a 2006 survey undertaken by researchers at the University of Minnesota found that atheists were “America’s most distrusted minority” (7) and  another 2006 study by American Sociological Review suggested “that it is generally thought socially acceptable in America to say you are intolerant of atheists” (14).

Considering this no wonder that when an atheist makes a brave appearance online (on Facebook/YouTube, wherever) hordes of closet atheists flock to him; this is because they finally have a space where they can form communities without many of the risks involved.

3. Atheists front-runners are arrogant or bitter 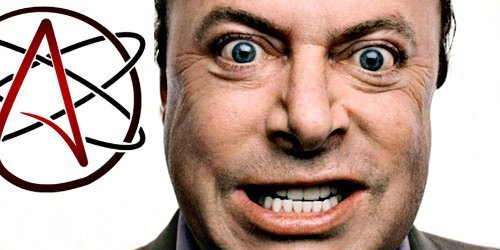 An additional hindrance for the growth of atheism is the arrogance perpetrated by its leaders. For example, Dawkins and Dennett call themselves “The Brights” which is to say, essentially, that if you do not think like them then you are dumb, and probably a deluded religious person.

However, I don’t think that this tactic is as effective as they have hoped; as David Berlinski wisely notes that the “[E]fforts among atheists to promote fellowship by calling one another bright have not, it must be said, proven a great success” (10).

This is because simply calling oneself “a bright”, “rational”, a “freethinker”, or “open minded” (as a rhetorical tool) doesn’t make one either of those things. In fact, many atheists that I have interacted with over the last few years have been the most closed-minded people I’ve experienced (I’d throw in a couple of religious folk too).

For example, one overt flaw of the atheist’s claim to be a freethinker is that if you don’t think like an atheist then you’re not a freethinker! It’s little illogical things like that intermingled with offensive arrogance that really turns many people away.

4. Atheists have a history of making false religious claims

Then there is, of course, the patently false anti-religious claims made by so many atheists which often proves to be a deterrent. Dumb statements like “Jesus never existed,” “All religion is evil,” “All religious people are deluded fools” ad infinitum can be read on atheist sites every day. Some people fall for such rhetoric but many don’t.

“It seems to me that many of the claims made by the new atheists are simply not true, and that their view of the role of religion in world affairs is in many ways mistaken…going on in this way about religion is not a very sensible approach to tackling the problems of the world… it is surprisingly difficult…to change people’s beliefs. But if there is one thing which should be obvious here, it is that the way to do it is (generally) not to tell them that they are stupid, irrational or hopelessly ignorant” (15).

So, a concoction of making false claims, uttering offensive lines, and overt arrogance makes for an unattractive prospect on a worldview that already seems hopeless and unattractive as it is.

5. Atheists butt heads with each other

Fourthly, as much as atheists like to milk the idea that there are many Christians denominations (which they take to shows that Christians can’t agree on anything), atheists have their fair share of the in house conflict too.

One study found that “Ironically, some of the sternest critics of the New Atheists to date have been atheists” (6).

It’s rather saddening for many atheists that their name is dragged through the mud because of fundamentalists like Dawkins, Harris, Grayling etc.

These tensions were quite evident at one atheist conferences where the “Luminaries who spoke at the conference… included Oxford professor Richard Dawkins, author Sam Harris and journalist Christopher Hitchens brought into focus a divide among atheists as to their identity as a movement and the nature of the enemy they faced… Dawkins portrayed a black-and-white intellectual battle between atheism and religion. He denounced the ‘preposterous nonsense of religious customs’ and compared religion to racists… By contrast, Harris’s speech was a more tempered critique of the atheist movement itself.

While Harris said he believes science must ultimately destroy religion, he also discussed spirituality and mysticism and called for a greater understanding of allegedly spiritual phenomena… While the audience gave Dawkins a standing ovation, Harris received only polite applause…. Atheists are still a small minority in America… But they are a proudly elitist and self-certain minority. When asked what the main difference between believers and atheists was, Dawkins had a quick answer: ‘Well, we’re bright.’” (7)

However, atheist Hanson draws a tongue-in-cheek distinction between ‘mean’ and ‘nice’ atheists: “Mean atheists think that religion is ninety-nine parts pure stupidity mixed with one part lying, opportunistic con artists. And they want to tell that to religious people whenever they’re asked to ‘respect’ someone’s faith.

I think that knowing this an atheist should well apply caution when he accuses religious believers of disagreeing with each other for his own very camp isn’t immune to it, and far from it. Similarly, the atheist philosopher Michael Ruse calls for unity within the atheist camp:

“Fundamentalism, creationism, intelligent design theory – these are the real threats. Please God – or non-God – let us quit fighting ourselves and get on with the real job that faces us” (9).

This list is certainly not exhaustive and I don’t intend for it to be. But I think that it does assist in putting things into perspective of why atheism is still such a minority view, and that it will remain that way for a very, very long time.

12. Staufenberg, J. 2016. The six countries in the world with the most ‘convinced atheists. Available.