Home Bible Who God Really Is, According To Jesus 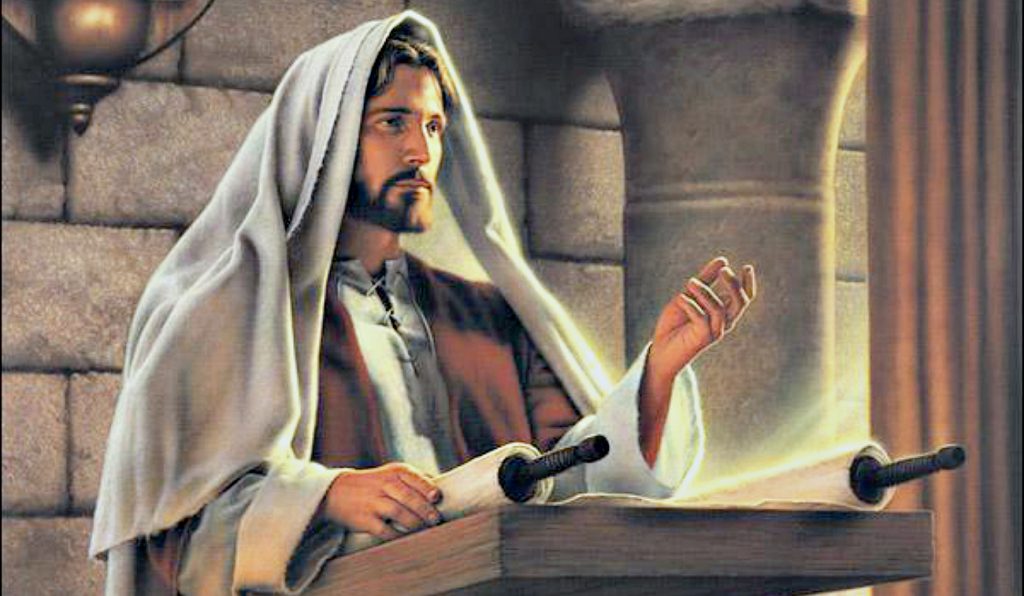 By Steven Bancarz| Who is God?  More specifically, who is the Father that Jesus kept speaking about?  What is the identity of God as revealed by Jesus?  Which one was He?

In other spiritual disciplines, God is seen to be an impersonal force that permeates all of nature.  The energy of life, the fabric of reality, and the universe itself are all “God” in a literal sense in these traditions, meaning that God is not a “who” but a “what”.  The problem with this (aside from being philosophically and even scientifically unsound) is that Jesus Himself gave us a description of who the Father is, and it stands completely opposed to impersonal concepts of God.

Jesus, as a miracle worker who predicted His own resurrection from the dead and was later raised from the grave, carries God’s stamp of approval on His words and ministry.  He is the authority on who the Father is, and the description He gives is very clear that the Father is the personal, transcendent God of the Old Testament.

Here are some things the red letters reveal to us about the identity of God:

1. God is a personal being

By personal we don’t mean that God is a human being, or is embodied in some sense.  What we mean is that the Father is an individual consciousness that is self-aware, rational, endowed with freedom of the will and volition.  These are typically seen to be the sufficient conditions for personhood.

Let’s contrast that with an impersonal force such as the force of gravity, a microwave, or a beam of light. These forces are not self-aware, are not rational in their nature, and do not have a will or volition.

God has a will:

“For whoever does the will of my Father in heaven is my brother and sister and mother.” – Matthew 12:50

“For this is the will of my Father, that everyone who looks on the Son and believes in him should have eternal life, and I will raise him up on the last day.” – John 6:40

God can act on His free will:

“If you then, who are evil, know how to give good gifts to your children, how much more will your Father who is in heaven give good things to those who ask him!” – Matthew 7:11

“Again I say to you, if two of you agree on earth about anything they ask, it will be done for them by my Father in heaven.” – Matthew 18:19

“For God so loved the world, that he gave his only Son, that whoever believes in him should not perish but have eternal life.” – John 3:16

God has knowledge.  In order to have awareness of facts about reality, you must have a rational, personal mind.

“But concerning that day and hour no one knows, not even the angels of heaven, nor the Son, but the Father only.” – Matthew 12:36

“For all the nations of the world seek after these things, and your Father knows that you need them.” – Luke 12:30

“and behold, a voice from heaven said, “This is my beloved Son, with whom I am well pleased.” – Matthew 3:17

He was still speaking when, behold, a bright cloud overshadowed them, and a voice from the cloud said, “This is my beloved Son, with whom I am well pleased; listen to him.” – Matthew 17:5

“Father, glorify your name.” Then a voice came from heaven: “I have glorified it, and I will glorify it again.” – John 12:28

God is called a person by Jesus:

2. The Father is a transcendent being, located in Heaven

“Our Father in heaven, hallowed be your name.” – Matthew 6:9

“but whoever denies me before men, I also will deny before my Father who is in heaven.” – Matthew 10:33

“For whoever does the will of my Father in heaven is my brother and sister and mother.” – Matthew 12:50

“So it is not the will of my Father who is in heaven that one of these little ones should perish.” – Matthew 18:14

3. This personal, heavenly being is the God of Israel, the God of the Jews of the Old Testament:

“In that place there will be weeping and gnashing of teeth, when you see Abraham and Isaac and Jacob and all the prophets in the kingdom of God but you yourselves cast out.” – Luke 13:28

The Pharisees were a sect of Jews who held to the Old Testament, and Jesus is saying here that the one whom they call their God is actually His Father.  Yahweh, the monotheistic deity of the Old Testament, is the Father of Jesus according to Jesus himself.

4. God gave the commandments in the Old Testament

“And why do you break the commandment of God for the sake of your tradition? For God commanded, ‘Honor your father and your mother,’ and, ‘Whoever reviles father or mother must surely die.’ But you say, ‘If anyone tells his father or his mother, “What you would have gained from me is given to God,” he need not honor his father.’ So for the sake of your tradition you have made void the word of God.” – Matthew 15:3-6

This comes from Exodus 20:12 which is one of the Ten Commandments, and Jesus calls this commandment the “Word of God”.

This is also recorded in Mark 7 where Jesus tells the Pharisees “You leave the commandment of God and hold to the tradition of men.” And he said to them, “You have a fine way of rejecting the commandment of God in order to establish your tradition!  For Moses said, ‘Honor your father and your mother’; and, ‘Whoever reviles father or mother must surely die.’ But you say, ‘If a man tells his father or his mother, “Whatever you would have gained from me is Corban” ’ (that is, given to God) then you no longer permit him to do anything for his father or mother, thus making void the word of God by your tradition that you have handed down. And many such things you do.” – Mark 7:8-13

So we can clearly see from Scripture that the Father is the personal, transcendent God of the Old Testament who revealed Himself to the Jewish people.  This goes without saying that Jesus believed he shared identification with Yahweh in some fundamental sense, getting into the doctrine of the trinity.  Some statements Jesus made about Himself shine a new light on the triune nature of God, which will be discussed at length in a future article.

Leaving the issue of the Trinity aside, Jesus was a radical monotheist who held to the Hebrew scriptures and believed in the God of Israel alone as the one true God.