Home Christianity The Virgin Birth Of Jesus – Did The Church Make This Up? 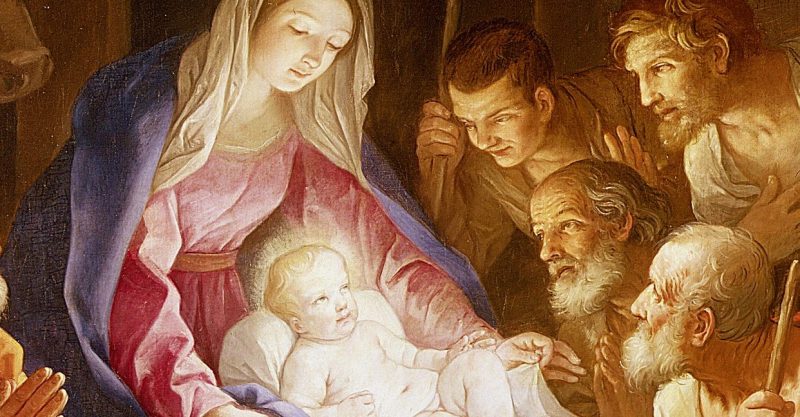 By Mikel Del Rosario| What would you say if someone asked you if the story of Jesus’ virgin birth was real, or if it was copied from other religions? In this post, you see how to think through a few challenges to the historicity of the Virgin Birth.

First, we’ll answer the question “Was the Virgin Birth copied from myths?” Then, we’ll think through the idea that the first Christians just made the whole thing up.

Where should we start when we hear about a supposedly parallel account in some old myth? The first thing to do is check out the myth for yourself and see if there’s really a parallel virginal conception there.

For example, here are the top three stories that tend to come up in my conversations about the virgin birth..and check out my hand-drawn illustrations, too–that’s not stock art!

When Peter Joseph’s conspiracy film, Zeitgeist, came out in 2007, I had a student come up to me after I taught one of my World Religion classes at a local college.

As we were walking out to the parking lot together, he told me about this film and wanted to know if the story of Jesus was really based on pagan myths. For example, the video asserted that Jesus’ virgin birth was parallel with the birth of an Egyptian god named Horus. But does the myth itself really say that Horus was born of a virgin?

In Egyptian mythology, Horus’ mother, Isis, was already married to the god Osiris for some time before his conception. But more than this, the best Egyptian account of the myth tells us that that Horus was not born of a virgin.

It actually says that Isis “took in his seed and created the heir…Osiris’ son, Horus, stout of heart, justified, son of Isis.”[1] So the idea that the first Christians copied the story of Jesus’ virgin birth from Horus doesn’t work right off the bat. Why? Because there’s no virgin birth story there to copy.

In fact, there is no ancient evidence of a story about Horus being born of a virgin.

But other people have heard something about Jesus’ virgin birth being copied from the story of a god named Mithra. I remember hearing about this one Christmas in 1997, when I was just an undergrad at Biola.

Honestly, I had no clue what to think. I wish someone would have encouraged me to see if there were any ancient stories saying that Mithra was literally born of a virgin. Because there aren’t any. Not one.

There are actually a few versions of how Mithra was created, but none of them have anything like Jesus’ virginal conception. For example, in the Roman version, Mithra was born as a full-grown adult coming out of the side of a rock. There’s actually an ancient inscription that says Mithra was “born from the rock.”[2] So, in Mithra’s story, not only is there no virgin, but there’s not even a woman! So, unless you want to call a huge rock a “virgin,” that’s not gonna work. No parallel there.

I remember one Christmas, seeing an ABC News special on Jesus where a scholar by the name of John Dominic Crossan compared the story of Jesus’ virginal conception to the idea that the Roman Emperor Caesar Augustus was believed to be the son of Apollo. He was kind of suggesting these stories were “all over Greek and Roman mythology.” But does Augustus’ story actually talk about a virginal conception?

According to the Roman historian Suetonius, Augustus’ mother had already been married for years before a snake suddenly showed up while she was sleeping. S

he discovered this strange mark on herself and 10 months later, Augustus was born.[3] But again, in this story, there is no virginal conception at all. Augustus’ mom already had a kid with her husband before Augustus was born. He even had an older sister![4]

Checking out the ancient sources for alleged parallels is a good place to start when thinking through the idea that the Virgin Birth was borrowed from pagan mythology. In this case, we can be confident that the story of Jesus’ virgin birth wasn’t copied from Horus, Mithra or Augustus because none of them was said to be born of a literal human virgin in any ancient myth.

But if the virgin birth wasn’t copied, does that mean the church just made the whole thing up? How should we think through the claim that church made up the story of Jesus’ virgin birth?

The Virgin Birth wasn’t Made up by the Church

Here are three reasons why it doesn’t look like the early church made up the story of Jesus’ virgin birth.

Making up a fake story about Jesus’ virgin birth wouldn’t make Christianity more attractive to the Jews. It would actually make people suspicious about Jesus. Who was the real dad? Did Mary hook up with a Roman soldier? That kind of thing. Why make it more difficult to accept the Christian message? The ancient church wouldn’t have taught that Jesus was born of a virgin unless they had good reasons for believing he actually was.

But other people say the Virgin Birth story would make Christianity seem more attractive–maybe not to the Jews, but to the to Greeks and Romans. They were into emperor worship. They were cool with thinking of their leaders as gods. But that’s just one part of the story.

When we see the gospel preached in the New Testament, the church doesn’t emphasize the Virgin Birth story at all. Why wouldn’t the earliest Christians make more of Jesus’ virgin birth if they invented it to make the faith seem more attractive to the people who weren’t Jewish? Why wouldn’t they talk it up if the made it up?

3. The Virgin Birth is Different from Myths

People who thought of certain human rulers as gods only thought they were lower gods in the context of polytheism–a belief in many gods. For example, no one thought Caesar Augustus was the one, true God who made the heavens and the earth. More than this, there’s no snake sneaking up on Mary in the gospels accounts. Jesus is just conceived in her womb as miracle of God and the Bible doesn’t say much about how that actually happened.

In the end, it’s pretty unlikely that the first Christians would make up the story of the Virgin Birth because it wouldn’t help advance the Christian cause. If they thought it would help their case, why didn’t they emphasize this story in their preaching? And if the virgin birth was patterned after myths, why doesn’t it look like these myths?

If there really is a creator God who made the heavens and the earth, and if Jesus left heaven to come to earth, it’s reasonable to believe that the virgin birth happened.

[1] The Great Hymn to Osiris from Dynasty 18 (stela Louvre C 286) mentions Isis’ impregnation by her brother-husband, Osiris, in this myth: “Isis the powerful…took in his seed and created the heir, who suckled the child in solitude…Osiris’ son, Horus, stout of heart, justified, son of Isis, heir of Osiris.” Jan Assmann, Death and Salvation in Ancient Egypt, 24-25.

Françoise Dunand and Christiane Zivie-Coche explain Horus’ birth succinctly in their publication with Cornell University Press: “After having sexual intercourse, in the form of a bird, with the dead god she restored to life, [Isis] gave birth to a posthumous son, Horus.” Gods and Men in Egypt, 39. See also All About Horus – An Egyptian Copy of Christ? for more scholarly sources refuting the Zeitgeist movie’s claims about Horus.

[2] “Mithra was known as the rock-born god. The inscriptions confirm this nomenclature: one even reads D(eo) O(omipotenti) S(oli) Invi(cto), Deo Genitori, r(upe) n(ato), ‘To the almighty God Sun invincible, generative god, born from the rock’. Manfred Clauss, The Roman Cult of Mithra: The God and His Mysteries, 62-63.

[3] “When [Augustus’ mother] Atia had come in the middle of the night to the solemn service of Apollo, she had her litter set down in the temple and fell asleep, while the rest of the matrons also slept. On a sudden a serpent glided up to her and shortly went away. When she awoke, she purified herself, as if after the embraces of her husband, and at once there appeared on her body a mark in colors like a serpent, and she could never get rid of it; so that presently she ceased ever to go to the public baths. In the tenth month after that Augustus was born and was therefore regarded as the son of Apollo.” Suetonius “Twelve Caesars” Augustus 94:4, accessed online at http://penelope.uchicago.edu/Thayer/E/Roman/Texts/Suetonius/12Caesars/Augustus*.html

This article was originally published on the website of Apologetics Guy and was republished with permission.

“Jesus Never Claimed To Be God” – A Historical Response

Is The Christian Fish Symbol Pagan? Nope, Here’s Why