Home Bible Biblical Inerrancy: What It Means To Say Scripture Is “Inerrant” 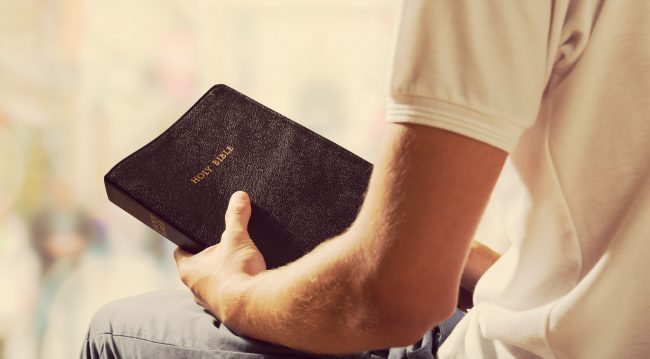 By Clark Bates| ‘The evangelists were such unskilled men, not only in worldly matters, but also in the divine scriptures, that they attributed the testimony, which had been written elsewhere, to the wrong prophet.’ – Porphyry as quoted by Jerome in his Commentary on Matthew

“In Matthew, Jesus declares, “Whoever is not with me is against me.” In Mark, he says, “Whoever is not against us is for us.” Did he say both things? Could he mean both things? How can both be true at once? Or is it possible that one of the Gospel writers got things switched around?” ― Bart D. Ehrman, Jesus, Interrupted: Revealing the Hidden Contradictions in the Bible & Why We Don’t Know About Them

Anyone reading this blog may be familiar with Dr. Bart Ehrman, but undoubtedly fewer of you would be familiar with Porphyry the Neoplatonist.  I include both merely to demonstrate a point that challenges to the New Testament and accusations that the Gospels in particular contain irreconcilable discrepancies is not new.

The arguments of Ehrman were made as early as the 4th century, and while many sensationalists seek to make these difficulties some form of new revelation that should destroy the Christian faith, the reality is that, just as the writer of Ecclesiastes stated, “There is nothing new under the sun.”

This article begins a new series covering difficulties within the New Testament record.  This series cannot be exhaustive, given that alleged difficulties range from the smallest change in wording to complete misrepresentation of history, but I will seek to address the most common or most pressing discrepancies faced by textual critics and abused by skeptics.

Before we can have a clear discussion on such discrepancies we must address the presuppositions that often follow for those defending the Scriptures and for those seeking to find fault.  No one approaches textual criticism of the Bible from a completely neutral position, therefore it’s important that we acknowledge the guiding principles that undergird our reasons for fighting this fight.

In 1978, more than 200 evangelical leaders collaborated to put in writing a formal statement on the belief in the inerrancy of the Christian Scriptures.  The resulting statement was this:

In addition to the summary points above, the body of the Statement says this, “Scripture in the original manuscripts does not affirm anything that is contrary to fact”.  This is an important factor, given the controversy of King James Onlyism in the early 1980’s, and it seeks to deflate any idea that a particular translation in any language can be deemed “without error”.

However, this point has also bolstered skeptical controversy in that, if only the original manuscripts of Scripture can be deemed inerrant, and we do not possess the originals, to maintain any plausible position on inerrancy is impossible.  In the words of Bart Ehrman:

“how does it help us to say that the Bible is the inerrant word of God if in fact we don’t have the words that God inerrantly inspired, but only the words copied by the scribes—sometimes correctly but sometimes (many times!) incorrectly? What good is it to say that the autographs (i.e., the originals) were inspired? We don’t have the originals! We have only error-ridden copies, and the vast majority of these are centuries removed from the originals and different from them, evidently, in thousands of ways.” [1]

So, what can be said in response to this, very legitimate, concern?  To begin with, we should clarify what is meant by “originals” and even “Bible”.  By “Bible”, inerrantists like myself are referring to a collection of books or Scriptures, NOT a physical document containing those books. [2]

I would recommend that using the term “Scriptures” over “Bible” provides more clarity when having this discussion with others.  This is because, in modern parlance, when you say “Bible” the first thought is of whatever translation one might have on their bookshelf, and even inerrantists affirm that the modern translations (all of them) contain errors.

Next, by “Original” it would be best to decide what noun should be used.  In the Chicago Statement, the doctrine refers to the original manuscripts, and of course this is where skeptics like Bart Ehrman, Eldon Epps, Helmut Koester, and others find much of their ammunition.  However, in the time of Matthew Henry, he spoke of the “originals” in regards to the text of Scripture with ease.

What’s the difference?  Returning to Ehrman’s words, he claims that “we don’t have the originals!” [3] But what Ehrman is referring to is the original manuscripts, and he is correct in stating that we don’t have them.  However, this is not to say that we don’t possess the original text.  By way of example, if John intended to write, or have written, the phrase, Εν αρχη ην ο λογος . . . (In the beginning was the word . . .) and what we find in existing Greek texts is Εν αρχη ην ο λογος then what we have is the original text!

It is incumbent upon Christians to understand that by inerrant “originals” or even “autographs” as it is used by some, what is not meant is a physical document or actual manuscript, but the words found within them.  Therefore, when the sequence of words found on the original manuscript is copied onto another manuscript, it does not become less inspired or inerrant simply because it has been copied.

Now having clarified what is meant by “Bible” and “original” it can be better understood how a Christian can hold to a doctrine like biblical inerrancy while simultaneously acknowledging the existence of discrepancies within the manuscripts.  Because of this need for clarification, it would be valuable to consider the doctrine of inerrancy in this way:

“Inerrancy is the view that when all the facts become known, they will demonstrate that the Bible in its original autographs and correctly interpreted is entirely true and never false in all it affirms, whether that relates to doctrine or ethics or to the social, physical, or life sciences.” [4]

This definition provides a more realistic and humble recognition of the limitations we possess.  As was stated by Ehrman, we do not have the original manuscripts, therefore we are tangibly limited in the ability to accurately affirm error as much as the skeptic may claim that we lack the ability to claim inerrancy.

However, it acknowledges from the outset that the doctrine of inerrancy is one of theology, not epistemology.  If a Christian is to rightly accept the words of 2 Timothy 3:16 (which are not textually disputed), that “All Scripture is god-breathed. . .” then the words contained within the original text is the very expression of the nature of God.

If God is without error, then so too must His word be in all that it affirms.  And as has been revealed above, there is no reason to believe that the “original text” of Scripture has not been faithfully transmitted to us through the existing manuscripts.

This opening point is important to remember as we highlight various discrepancies found within the text and inflated by much of skeptical criticism today.  In the next article, I’ll discuss the historical – critical method utilized by much of the academy today, its benefits, and how it effects the manner in which modern textual critics receive and interpret biblical discrepancies.

[1] Bart Ehrman, Misquoting Jesus: The Story Behind Who Changed the Bible and Why, (San Francisco: Harper Collins, 2005), 7.