Home Bible No One Is Good But God – Does This Mean Jesus Wasn’t... 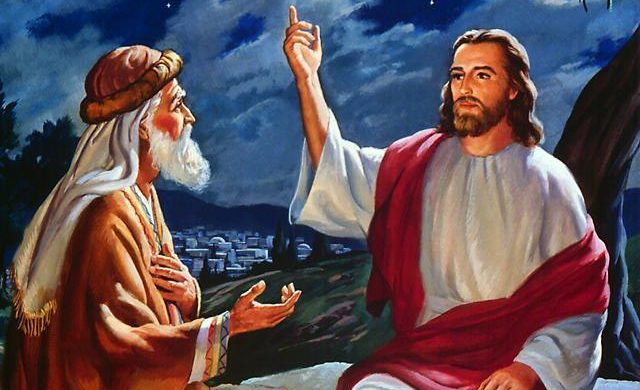 The above mentioned argument which I just quoted is deemed by many to be the “home runner” in terms of disproving the deity (God-nature) of Jesus of Nazareth. And unfortunately for us, it really is one of the few arguments brought forth by the opposing party that gets our people shaking in their boots.

Although many may feel enclosed and shackled by this issue, the sensation of which results from the lack of any satisfactory answer, I am here to tell you that there is something people are missing about the passage. Jesus told us that he will give us a mouth that none of our adversaries can refute.

This article is here to serve as a contributor towards that truth and help equip the Christian community against such statements, to the glory of God.

“And as he was setting out on his journey, a man ran up and knelt before him and asked him, ‘Good Teacher, what must I do to inherit eternal life?’ And Jesus said to him, ‘Why do you call me good? No one is good except God alone.

You know the commandments: ‘Do not murder, Do not commit adultery, Do not steal, Do not bear false witness, Do not defraud, Honor your father and mother.’”  And he said to him, ‘Teacher, all these I have kept from my youth.’ And Jesus, looking at him, loved him, and said to him, ‘You lack one thing: go, sell all that you have and give to the poor, and you will have treasure in heaven; and come, follow me.'” – Mark 10:17-21 (ESV)

The truth is, there are actually two simple responses to this apparent dilemma.

1. Jesus corrected him to prevent false doctrine about man’s nature. 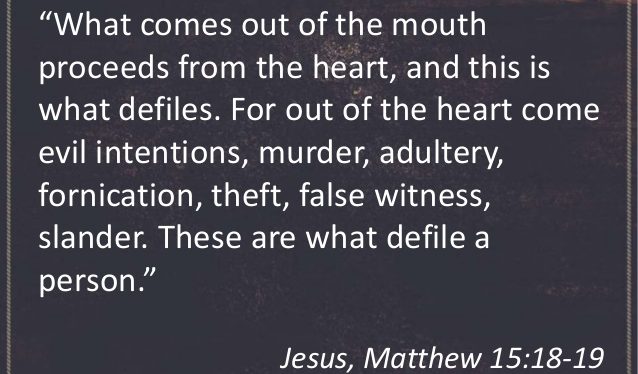 When we read the event in question, many people tend to turn a blind eye to the context, and that is, who really was this rich young ruler? Well, by reading the contents of the story, one can easily conclude that this individual was NOT a regular follower of the messiah to begin with.

This truth is displayed within Christ’s order to follow him. This same word, “follow”, was used in the initial sections of Matthew’s gospel to call the sons of Zebedee and Andrew and Peter to leave everything behind and follow Christ by taking upon themselves the role of fishers of men.

“While walking by the Sea of Galilee, he saw two brothers, Simon (who is called Peter) and Andrew his brother, casting a net into the sea, for they were fishermen. And he said to them, ‘Follow me, and I will make you fishers of men.’” – Matthew 4:18-19

The reason why Jesus uttered such a statement is because they were not yet followers of the Nazarene. I mean, you don’t tell someone to follow you if they are already following you. So again, what we see is that this man was not a regular adherent of the messiah and hence most probably not aware of his divinity. He was not around Christ long enough to be the recipient of his teachings which touched on his true identity.

So, in the eyes of this ruler, Jesus was nothing more or less than a human being. In light of this, we can safely assume that the answer Jesus provided to this man was in relation to his beliefs about him (that Christ was merely a man).

If Christ were to leave his statement uncorrected, then this individual would be roaming around the streets of Israel while harbouring a false doctrine that human beings are or can reach a state of goodness or righteousness. Such a belief would stand in complete disharmony to what Jesus taught:

“If you then, who are evil, know how to give good gifts to your children, how much more will your Father who is in heaven give good things to those who ask him.” – Matthew 7:11

“But Jesus on his part did not entrust himself to them, because he knew all people and needed no one to bear witness about man, for he himself knew what was in man.” – John 2:24-25

What these show us is that humanity is by nature wicked and sinful. So all Jesus was doing here was preventing this man from being the vessel of a false belief that would of arose if his statement wasn’t addressed.  At the least, it might lead the person to believe that all people are intrinsically good.

At the most, it might lead the person to believe that all people are both good and God at the same time.  We know historically that gnosticism and mysticism arose as explanations for the ministry of Jesus, so Jesus was clarifying to him that only God is good and not man.

Since this person had no frame of reference for who he was really speaking to, Jesus would have to first outline that he is the Messiah, THEN demonstrate this to him, THEN explain how he is also God, THEN answer his question about what he must do to inherit eternal life.  There is no reason to think Jesus would prefer this style of ministry when asked a simple and straight-forward question by a stranger.

2. Jesus claimed to be good during his ministry

Now the second answer to the argument is actually quite ironic. Who would think that one of the most prominent arguments used against the divinity of Jesus was actually a moment in history where Jesus was attempting to lead this man’s comprehension to his divine nature?

As we know from the story, Jesus told this individual that no one is good but God. Yet when we read the gospels, we see that Jesus did in fact paint himself with the dye of righteousness. He claimed that he really WAS “good”. Here are a few examples:

“The thief comes only to steal and kill and destroy. I came that they may have life and have it abundantly. I am the good shepherd. The good shepherd lays down his life for the sheep.” – John 10:10-11

So what the above passages are demonstrating to us is that Jesus DID in fact call himself good. He also claimed to be one who continuously walked in line with the Lord’s moral precepts and one who is without sin or blemish.

So what is Jesus doing here? First he tells him that no one is good but God, yet throughout his earthly ministry he tells people that he is “good” and without sin. The following is the point Jesus was trying to get across:

If no one is good but God, and you are calling me good, then am I not God?

This whole question which flowed from the lips of the savior was a means to shift this man’s understanding of Jesus’ identity from merely manhood, to divinity.  Jesus didn’t deny that he was good, he simply asked a question saying why do you call me good if only God is good? This question was intended to allude to his divinity.

“Why callest thou me good? This is said, not as denying that he was good, or as being angry with him for calling him so, but in order to lead this young man to a true knowledge of him, and his goodness, and even of his proper deity”

Matthew Poole (1624–1679) was an English theologian. This was his answer concerning the relevant argument;

Herein our Saviour doth not deny himself to be God, but checked him who did not believe him such, yet called him God.

Jesus’ response prevented him from jumping to the conclusion that all men are somehow morally good beings or aspects of God (Jewish Mysticism and Gnosticism) while at the same time attempting to spark reflection within the questioner: “If I am calling Jesus good, and there is none good but God, then who does this make Jesus?”

Contrariwise to being an objection to his deity, this passage is a strong argument FOR his deity.

Who Wrote The Gospels Of Mark & Matthew?

5 Powerful Reasons Why The Gospels Are Reliable Sources