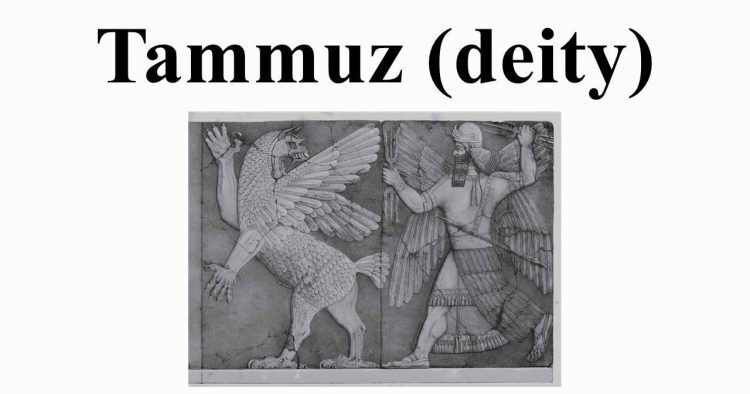 By J.P. Holding| The ancient Sumerian deity Tammuz, or Dumuzi, has been thrown around a bit as a possible source for Christian belief by copycatters, but with little in the way of specifics.

One critic refers to Tammuz as “the savior god worshipped in Jerusalem” (though they never say what he saved people from, or how he was a savior), as the “savior/fertility sun god who annually died and was resurrected” (we’ll look into this claim below) and uses word games to hint that he is represented by the Apostle Thomas, though this point isn’t developed, much less proven linguistically or historically.

It is merely remarked, without a footnote, that “it is said”, via the indication that Thomas preached to the Parthians and Persians, that this somehow conveys that these groups were followers of Tammuz. The most extensive claims about Tammuz claims that:

Little will be said in response to much of this, because frankly, much of this is either unsubstantiated or else of no moment. Scholarly literature on Tammuz is not common, but what I have found offers utterly no confirmation of, or reference to, any of these claims, with two exceptions: Tammuz’ identity as a shepherd, and his death and “raising”.

So let’s look at what scholars of the literature have to say that relates to these claims.

The god Tammuz was known as a Sumerian god of fertility and of new life [ImT, 28] earlier than 3000 B.C. [Lang.TI, 2-3]. He was indeed known by two of the names above: he was called a shepherd, but that was only because he literally was a shepherd [ImT, 29]. His specific charge was the production of lambs and ewe’s milk.

Of course we would note that in a pastoral ancient society, it would be no surprise for any leading figure (political, religious, or whatever) to be called a “shepherd” — but in this case, the parallel isn’t even there, because the title is literal!

Tammuz was also called a “healer” (as a medical profession), and regarded as a savior, but as Langdon notes [Lang.TI, 34], those who referred to Tammuz by these names “have not those spiritual doctrines which these words convey in Christian doctrine” in mind, but use the words “in the sense that all life depended upon his sacrifice and especially upon his return from hell.” (As a reminder, that is something Jesus didn’t do.)

Tammuz healed medically, but as Langdon reminds us, “[e]very deity, male or female, possessed this power,” so Tammuz is nothing special, or unexpected for a god true or false, for that matter.

Tammuz saved, but not from sin: He saved from starvation and physical death. He was never looked upon as one to rescue from eternal damnation. 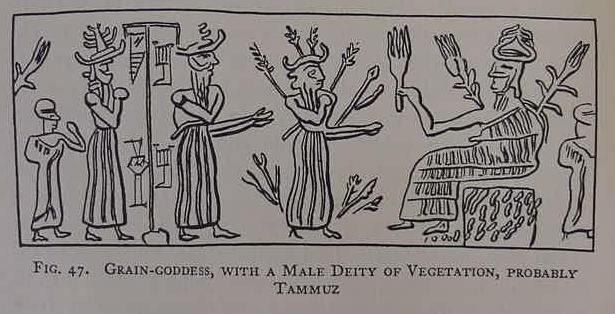 Now this leads to the death and return to life of Tammuz, and there is indeed one, though to call it a “resurrection” (as even Langdon does) is to remove all meaning from the word.

Smith in Origins of Biblical Monotheism [112] notes that the means of Tammuz’ return to life is unknown, but adds that the description points to his “participation in a ritual in which the dead were invoked and then temporarily manifested.”

The Tammuz cult was centered in Tammuz’ marriage to Inanna, and it was her lamenting of his early death that women imitated.

Tammuz’ death was usually ascribed, though, to raiders from the nether world who attacked him and took his sheep.

Thereafter he was mourned by his mother, sister, and widow. [ImT, 29, 54] But good news for them: Tammuz didn’t stay dead.

He came back again later, rescued by his consort and some demons who sang to him.[LangTI, 20-1] The mechanism whereby this was accomplished, though, is not described, much less obviously comparable to Jewish resurrection.

Scholars of religion and of Tammuz recognize this story as representative of the usual birth-death cycle of vegetation. (As such, he was called “the faithful son”, but of “the fresh waters which come from the earth” [Lang.TI, 6n].

This is the closest title I could find to the other “son” titles above.  His other titles include “Mother-milk”, “god of date palms,” and “image of Ea”.

The death and “raising” of Tammuz occurs every year and corresponds with the natural cycle of vegetation. This provides no parallel at all for the Christian religion, expect by redefining terms into meaninglessness (i.e., “resurrection” meaning not just a specific Jewish concept, but any dead-alive transition!) and ignoring vast differences in meaning.

Also, I have seen some make much of Tammuz’ alleged symbolization with the tau, or T, as a supposed parallel to the cross, but no one was impaled on Tammuz’ alphabetic symbol.  As I have asked once before: did the Romans and Persians steal this from Tammuz because they thought it was a good shape to crucify people on?

Finally, Langdon, though not a copycatter, repeatedly refers to Tammuz’ “virgin mother”.  He refers here to the earth, not a female figure who literally gave birth to Tammuz. This is illicit use of terminology, though Langdon does not suggest a parallel or influence.

As for the supposed birth place similarity between Jesus and Tammuz, this was a pagan effort after the birth and death of Jesus to pervert the sacredness of the Christ:

The reference in Jerome about Tammuz and Jesus’ birth cave can found in the Epistle to Paulinus 58.3 of Jerome’s letters. Jerome says:

‘From the time of Hadrian to the reign of Constantine – a period of about one hundred and eighty years – the spot which had witnessed the resurrection was occupied by a figure of Jupiter; while on the rock where the cross had stood, a marble statue of Venus was set up by the heathen and became an object of worship.

The original persecutors, indeed, supposed that by polluting our holy places they would deprive us of our faith in the passion and in the resurrection. Even my own Bethlehem, as it now is, that most venerable spot in the whole world of which the psalmist sings: “the truth hath sprung out of the earth,” was overshadowed by a grove of Tammuz, that is of Adonis; and in the very cave where the infant Christ had uttered His earliest cry lamentation was made for the paramour of Venus.'” pg. 1767-1771

Did Jesus & His Disciples Speak Greek?

Jesus Vs Apollonius Of Tyana – Debunking The Alleged Parallels