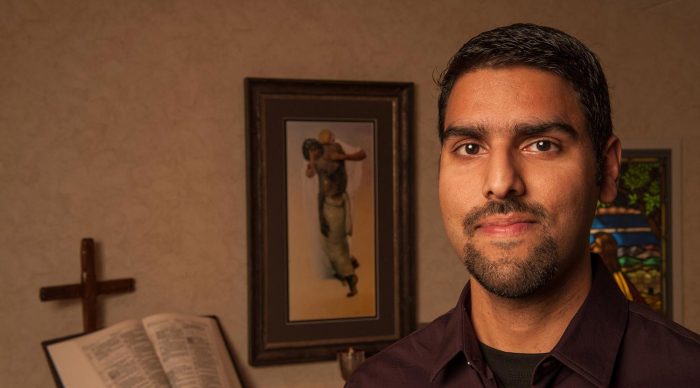 By Brian Chilton| The Christian community lost a wonderful man of God this past month, September 16, 2017. Nabeel Qureshi entered his eternal home after a year-long battle with stomach cancer at the tender age of 34. While Nabeel has left us, he has left behind a wonderful legacy that will impact countless individuals for years to come. How will Nabeel be remembered? I think that he will be remembered in three major ways.

1) Nabeel Qureshi will be remembered for his miraculous conversion

Nabeel recounts his miraculous conversion in his book Seeking Allah: Finding Jesus. Nabeel was raised in a loving Ahmani Muslim home by his Pakistani-American parents.[1]

While attending medical school, Nabeel was challenged by his good friend David Wood to examine the evidence for the Christian faith. Because of the challenges given by Wood and Christian apologist Michael Licona, Nabeel looked into the evidence and was amazed to find that Christianity had a compelling case for authenticity.

After heavy investigation, Nabeel finally came to the point where he laid down a copy of the Bible next to a copy of the Qu’ran and prayed to God to reveal himself. Was he found in Jesus or the writings of the Qu’ran? After that moment, Nabeel had visions and dreams that clearly indicated that the Bible was true and the Jesus was God come to humanity. Nabeel, then, received Christ as his Savior despite the problems that would come from his family and friends because of his decision. Nabeel Qureshi will forever be remembered for his amazing conversion.

Nabeel was highly educated. He received his M.D. from Eastern Virginia Medical School, a M.A. in Christian Apologetics from Biola University, and a masters degree in religion from Duke University. Nabeel was pursuing a Ph.D. from Oxford University before he died. Nabeel had a passion for the lost.

He had joined the RZIM team, headed by famed apologist Ravi Zacharias, had frequently lectured to crowds across the globe, and was featured in a few debates in his young career. Zacharias noted that Nabeel was “not just an evangelical; he was passionately evangelistic. He desired to cover the globe with the good news that God’s forgiveness was available to all.

I have seldom seen a man with such deep conviction and proportionate passion and gifting. When he spoke, he held audiences spellbound.”[2]

3) Nabeel Qureshi will be remembered for his desire for love

In the last video Nabeel Qureshi posted before his untimely death, Nabeel said, “I hope my ministry leaves a legacy of love, of peace, of truth, of caring for one another. That is my hope and purpose behind all of this.” Nabeel never intended his ministry to be used as a means to attack Muslims, but rather as a means of exposing the truth of Christianity.

Nabeel went on to remind everyone that our God is a God of love. You can find Nabeel’s video below. One would be egregious to use Nabeel’s materials to attack Muslims when his goal was to demonstrate love. May we all be reminded through Nabeel’s life that God is a loving God.

In his last video he said the following:

Nabeel Qureshi is a man whom one should never forget. His life and legacy serve as a reminder that life is short and that while one is on earth, God has a purpose and a plan for that person. Join me in praying for Nabeel’s family and that God will be glorified through the loss of his young servant.

While I never had a chance to meet Nabeel Qureshi on this side of eternity, I look forward to talking with him when I reach the heavenly home promised to us by Christ Jesus.

“Death and Life in Jesus: 1 Corinthians 15 and the Ailing Christian”

“My Journey to Christ”

This article was originally featured on the website of Brian Chilton and was republished with permission.