Home Christianity When And What Time Was Jesus Born? 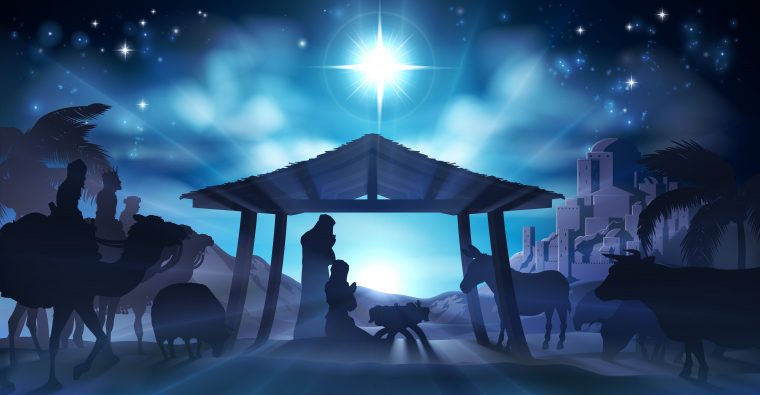 By Brian Chilton| This past Sunday, I received a wonderful question by a young man in our church. Matthew Cleary was in Sunday school and asked his teacher, who in turn asked me, “What time of night was Jesus born? Was it at midnight?” To be honest, I had never really thought about the question.

While it is impossible to provide a detailed time of Christ’s birth with great certainty, certain clues provide us hints at the time and date of Jesus’s birth. The time of Jesus’s birth is intricately tied to the date of his birth. While Scripture does not grant us a large amount of information of the day and time, it does offer a few clues.

Clue 1: Details of Jesus’s Birth Point to an Autumn Birthday

In Luke’s account of Jesus’s birth, the Evangelist notes that when Jesus was born, “shepherds were staying out in the fields and keeping watch at night over their flock” (Lk. 2:8).[1] The sheep that were used for temple sacrifices in Jerusalem were often kept in Bethlehem.[2]

Clue 2: Details of the Star of Bethlehem and the Magi’s Appearance

This may disappoint many who read these words, but the Magi (wise men) were not at the stable when Jesus was born. In fact, it is possible that Jesus would have been one or two years old by the time they made it to Bethlehem. Matthew describes the Magi following a star which led them to the Christ child. The star could have been one individual star, or it may have been an astronomical configuration..

Nevertheless, the Magi were filled with joy (Mt. 2:10) and entered “the house, they saw the child with Mary his mother, and falling to their knees, they worshiped him” (Mt. 2:11). The Star of Bethlehem guided the Magi to the Christ child after the child was born. The timing of the star is subsequent to the time of Jesus’s birth. The star could have presented a December visitation of the Magi, but since this was later than the birth of Christ, then the birth would have preceded this event.

Clue 3: Details from the Astrological Data in Revelation 12

Another passage of Scripture is linked with Jesus’s birth, one that may surprise you. Revelation 12:1-5 depicts a vision John received on the Isle of Patmos, which may provide additional clues to the time of Jesus’s birth. The text reads:

Its tail swept away a third of the stars in heaven and hurled them to the earth. And the dragon stood in front of the woman who was about to give birth, so that when she did give birth it might devour her child. She gave birth to a Son, a male who is going to rule all nations with an iron rod. Her child was caught up to God and to his throne” (Rev. 12:1-5).

Joseph Dumond argues that Revelation 12 describes a constellation that took place at a certain time in history. Dumond claims that the constellation Virgo (e.g., “virgin”) appeared for a few hours in Bethlehem near Leo—representing the “lion of Judah”—with the sun clothing the woman, with the 12 visible stars surrounding her head.[3]

This arrangement would only be visible from 6:15 pm (sunset) to 7:45 pm (moonset).[4] According to the Stellarium Astronomy software data base (available at http://stellarium.org/), this astrological alignment was visible from Bethlehem on the evening of Wednesday, September 11, 3 BC.

The growing body of evidence seems to suggest that Jesus was born sometime between 6:15 pm to 7:45 pm on September 11, 3 BC. While September 11th holds bad memories for individuals in the United States, it would have been a day of celebration in ancient Israel. For it would have been the beginning of the Feast of Trumpets, a feast associated with the Messiah and his return. The Feast of Trumpets called for national repentance and also marked the start of a new agricultural year.[5]

The blast from a shofar would announce the beginning of the feast. Yom Kippur (the Day of Atonement) would follow the Feast of Trumpets. Yom Kippur is the holiest day of the year for the Israelite. It is the day when the high priest enters the holy of holies and offers sacrifices for the nation’s sins. Sukkot is also one of Israel’s primary holidays. It recalls Israel’s wilderness wanderings and God’s saving action that brought them out of bondage and into salvation.

Sukkot follows Yom Kippur and celebrates God’s deliverance of his people. Thus, Rosh Hashanah (Trumpets) calls for repentance (which would be the time when Jesus was born if this theory holds); Yom Kippur (Day of Atonement) seeks redemption; and Sukkot (Tabernacles) celebrates the fulfillment of God’s redemption. Wouldn’t it be just like God to provide a HUGE sign that he was about to save the world from its sins by having his Son to be born at the beginning of these festivities?

If this theory is true in that Jesus was born on September 11th, does December 25th hold any importance? Yes, it does. It is quite possible that the angel Gabriel appeared to Mary on December 25th. Thus, the date may serve as the time when Mary was impregnated with Jesus by the empowerment of the Holy Spirit by miraculous means. December 25th may also be the date when the Magi visited the Christ Child after following the star. Astronomical data points to this time which is beyond the scope of this article.

This date was also listed by Politus in the 2-3rd century So, while Jesus may not have been born on December 25th, the date still holds tremendous value and should ultimately remind us of the greatest gift that God has ever given any of us—that is, his Son Jesus.