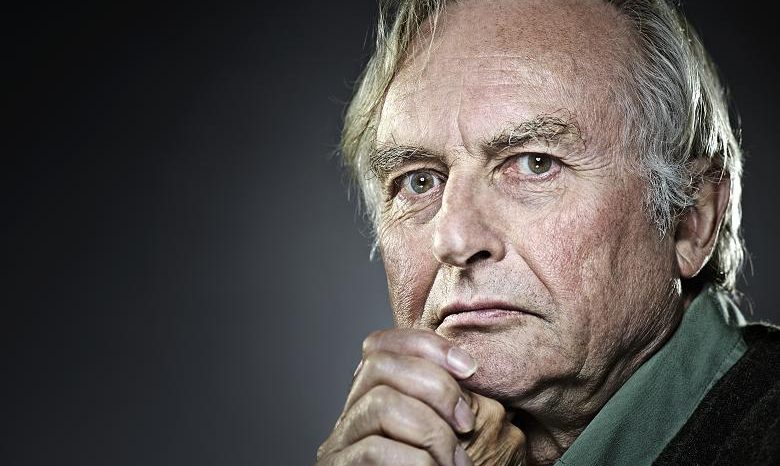 By James Bishop| Despite the number of book sales and media attention of New Atheism and its front-runners, atheism still remains a vast minority in the world.  While this is true for a variety of reasons, one can hardly ignore the nasty stench atheism (and especially militant atheism) gives off to the public.

At times, it leaves Christians and other religious people with a very bad taste in their mouths.  This is not because the arguments are so overwhelming and strong, but because of the lack of conversational decency that has a pattern of reemergence.  What is the cause of this?

Here are 9 reasons why New Atheism seems so unattractive.

1. It seeks to mock the religious

Richard Dawkins, in a Reason Rally, urges his followers to “Mock them, ridicule them”.  The small crowd attending cheers and claps thus affirming his MO to mock the religious. In an interview Dawkins even admits that he is “a fairly militant atheist, with a fair degree of active hostility toward religion.

I certainly was hostile toward it at school, from the age of about sixteen onwards. I mellowed a bit in my twenties and thirties. But I’m getting more militant again now”.

People can see this for themselves. And what one might see is that a leading figure of New Atheist incites hate and prejudice against those who have religious convictions. One would be correct to point out that this is full blown intolerance. The New Atheist evidently doesn’t want to share the world with those who do not hold the same views about reality.

This surely wouldn’t go far for making atheism an attractive prospect as most people do not want to be associated with bigots. The irony is that no-one will win converts by mocking those they are trying to convert, which is essentially what the New Atheists are doing.

2. It enjoys ridiculing as much as actually arguing

A quick visit to an atheist fundamentalist’s website, or any YouTube video concerning atheists for that matter, will present one with a host of nasty, derogatory statements dished out against the religious and their religions.

Again, one will find it hard to convert those of whom they mock, but surely these atheists who think of themselves as rational freethinkers should be aware of this?

New Atheist’s clearly do not wish to coexist with any religions and worldviews that isn’t their own narrow, dogmatic one. This view remains no matter how much benefit a given worldview has provided humanity. It is this sort of intolerance that led the atheists Stalin & Mao to butcher millions of their countrymen.

In our Western culture, however, there is a huge shift of mind that attempts to avoid coming across as intolerant, and often it is viewed to be intolerant to possess a monopoly on truth. And if this is the case, the New Atheists aren’t going to make many friends.

The atheist Richard Rorty is known to have said that “we are going to go right on to discredit you in the eyes of your children, trying to strip your fundamentalist religious community of dignity, trying to make your views seem silly rather than discussible”.

This kind of logic parallels the likes of Dawkins, Harris and Dennett. It also clear to everyone that there is no respect for those who hold to other beliefs. It comes across as vindictive; it wishes pain and misery. One only wonders the consequences if Rorty directed such a claim at Islam instead of Christianity.

One new atheist urges those who do not agree with his opinions “to pick a number, get in line and kiss my ass.”

This may come over as humorous, and would probably explain why atheist debaters get the loudest laughs from audiences. But it remains bigotry. It reeks of arrogance. And because the atheist who made this claim was a prominent leader within their community it only causes one to question the followership.

Individuals, masquerading as leaders, who say things like this are not the kind who make quality leaders. It also wouldn’t serve the purposes of the New Atheists since people, more often than not, orientate themselves away from those they deem to be arrogant.

6. Adherents think that their thoughts are golden.

An annoying feature for any onlooker is that the New Atheists think that their thoughts are golden simply for being atheists (this would tie in with point 5 above). One doesn’t have to look very far to see atheists regularly referring to themselves as “freethinkers,” “brights,” “reasonable” and so on as if no other worldview has any right to these traits.

The point being is that people calling themselves things (probably to make themselves feel better & stronger than they really are) doesn’t actually make them any of those things.  This intellectual cockiness seems to be adopted for no other reason than that they are atheist and try to think skeptically.

7. It is ignorant and uneducated about religion

O’Neill concedes that these atheists “try to use history in debates about religion, they are usually doing so with a grasp of the subject that is stunted at about high school level… all too often many atheists can be polemicists when dealing with the past, only crediting information or analysis that fits an argument against religion they are trying to make while downplaying, dismissing or ignoring evidence or analysis that does not fit their agenda” (1).

Another atheist historian has noted that far too often atheists

“eagerly embrace a position which contradicts an almost universal consensus among those who have devoted their lives to the academic discipline which concerns itself with these matters. We of all people should know better” (2).

Lets not mention some scathing reviews of Richard Dawkins by the likes of atheist philosopher Michael Ruse.  Here is an article going through what scholars and professional philosophers have to say about New Atheism.

Leaders that contradict themselves far too often give the impression that they lack intellectual consistency. Richard Dawkins has done this frequently. In one book he pens that “The universe we observe has precisely the properties we should expect if there is, at bottom, no design, no purpose, no evil, no good, nothing but blind, pitiless indifference” (3).

But in a subsequent book he calls religious indoctrination evil, and also argues that “Faith is an evil precisely because it requires no justification and brooks no argument” (4). So, what is it then. Does evil exist or doesn’t it? Dawkins can’t answer you.

Elsewhere Dawkins praises the “why” question, saying that he “wanted to know why we’re all here. What is the meaning of life? Why does the universe exist? Why does life exist? That’s what drew me to science” (5). Then in one of his public debates he declares that the “The why question is just a silly question” (6). So what is it? Is the “why” question an important one or not?

But what can really rub the onlooker the wrong way are the large doses of arrogance and conceit that Dawkins and co. possess when making these inconsistent statements.

9. It solely accuses religion of violence

No one can deny that religion has had (and still does have) a hand in violence. Crusades, witch hunts, Jihad, they’re all there in the history books. However, the New Atheists will use all their effort to convince you that all religion is cut from the same cloth. They don’t draw boundaries; they simply haul religions into the same boat as if they all promote the same ethical systems and values.

They will, however, promote their secularism as the idyllic utopia hoping that onlookers overlook barbaric acts on behalf of governments possessing atheistic ideologies. Soviet Russia, Mao, Pol Pot? Revolutionary France? What links them all? Simply that they were all atheists and they massacred millions of people to promote their godless agendas.

Some have used religion to justify it, others atheism. People have used sports, politics, relationships, poverty etc. to justify all kinds of evil acts. Evil is part of the human condition, and not intrinsic to religions though religions can, and do, promote immoral laws. When these obvious reflections are willfully missed by the New Atheists, they only seem to lack intellectual responsibility.

If that is so then what else can we doubt? If so, then how can we trust their diagnosis of reality and the purposes of human life?

2. Carter, N. 2014. An Atheist’s Defense of the Historicity of Jesus. Available.

This article was originally published on the website of James Bishop and was republished with permission from the author.