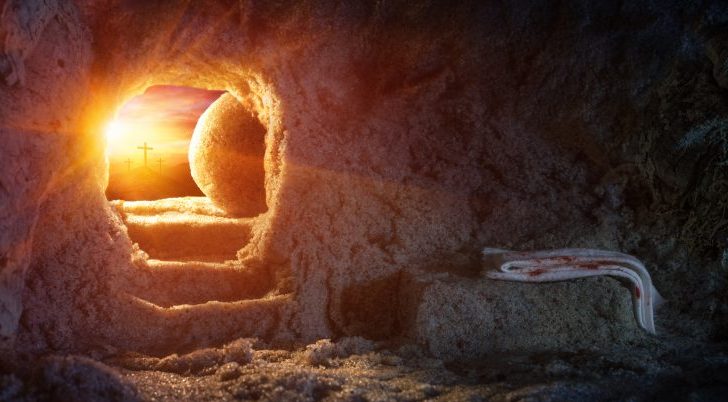 By Brian Chilton| The following marks a chronological listing of Jesus’s resurrected appearances over this time. While skeptics claim that these appearances are irreconcilable in their descriptions, I do not see how that is the case.

While Jesus most certainly appeared to many more people than Scripture indicates, a strong case for Jesus’s resurrection can be made by the numerous individuals who saw Jesus alive after his death over the course of 40 days.

First, Jesus appeared to Mary Magdalene. Mary was not the ideal choice if one was wanting to invent a story for two reasons: Mary was a woman, and Mary had at one time been demonically possessed (Lk. 8:2). The testimony of women wasn’t trusted in antiquity.

Add the fact that Mary had something in her past, that makes a bizarre and in fact embarrassing claim for the church, something that holds great historical and apologetic weight. In his infinite wisdom, Jesus appeared to a woman who had faithfully served him despite whatever it was in her past.

Luke 24:34 and 1 Corinthians 15:5 both indicate that Jesus met with Peter in a private meeting sometime between Jesus’s appearance to the women at the tomb and his later appearances to the disciples at Emmaus and his primary disciples. Notice especially the language of Luke 24:34.

When the disciples heard from the Emmaus disciples, they said, “The Lord has truly been raised and has appeared to Simon!” Then they began to describe what had happened on the road . . .” (Lk. 24:34). 1 Corinthians 15:5 also notes that Jesus met privately with Peter, named by his Aramaic name Cephas (1 Cor. 15:5), before meeting with the disciples.

Later in the day on Easter, Jesus appeared to two disciples walking from Jerusalem to Emmaus. Some believe that these two disciples may have been a married couple with only the husband, Cleopas (Lk. 24:18) being named. They did not realize that it was Jesus until they welcomed him into their home. They then ran back to Jerusalem to tell the disciples.

Luke 24 and John 20 indicate that Jesus met with the disciples later in the evening. Can you imagine what was going through the disciples’ minds as they heard reports of Jesus appearing to people, yet they had not seen him themselves? They had to wait awhile before they could see Jesus for themselves.

Thomas was not present. This is a major question I have concerning Thomas: Where was he? Was he pursuing other work since Jesus had died? He was gone for nearly a week. Where was he? Where did he go?

Thomas had heard the reports that Jesus had risen. He did not believe them. He would not believe unless he saw Jesus for himself. He would the next Sunday as Jesus appeared to the disciples with Thomas in their presence. Thomas no longer denied Jesus’s resurrection. He believed.

It could be that this meeting is the same as number 11 on our list. However, we do not have enough evidence to know when this gathering took place. Suffice to say, Jesus appeared to a large gathering of disciples. He was seen of over 500 disciples at one time.

Personally, since only men were numbered in antiquity, I think you see the same effect with this number that you would with the feeding of the 5,000. I think it is possible that there were 1,500 or even perhaps 2,000 that witnessed the risen Jesus at this encounter.

James had a private meeting with his risen brother. I think it is strongly probable that Jesus also met with his other family members at this time.

The disciples went back to Galilee for a period before they were to go back to Jerusalem for the ascension and Pentecost. During an intimate meeting near the shore of the Sea of Galilee, Jesus reinstated Peter before six other individuals.

In 1 Corinthians 15:7, a distinction is made between Jesus’s appearance to the Twelve (1 Cor. 15:5) and his appearance to “all the apostles” (1 Cor. 15:7). Jesus had twelve disciples, but he also had a larger body of disciples outside of the twelve.

Luke notes that Jesus appointed “seventy-two others, and he sent them ahead of him in pairs to every town and place where he himself was a bout to go” (Lk. 10:10). I think this means that Jesus appeared to all the seventy-two disciples that he had previously commissioned while in Galilee.

Jesus’s final public post-resurrection event happened at his ascension. Being that the ascension happened in the bustling town of Jerusalem on a prominent mount in the area, it would be difficult to ascertain just how many people witnessed the ascension of Jesus.

Lastly, Jesus appeared after his ascension to Paul. Saul Paul was a man who was an antagonist to the Christian faith. However, the post-resurrection appearance of Jesus to Paul transformed him from a skeptic to a passionate communicator of Christian truth.

So, what apologetic truths can be found from these appearances? A lot! But, to simplify, we see that Jesus’s post-resurrection appearances:

Was The Gospel Of Mark Forged?

Who Wrote The Gospel Of Luke & Acts?