Home Bible Muhammad Was NOT Mentioned In The Bible 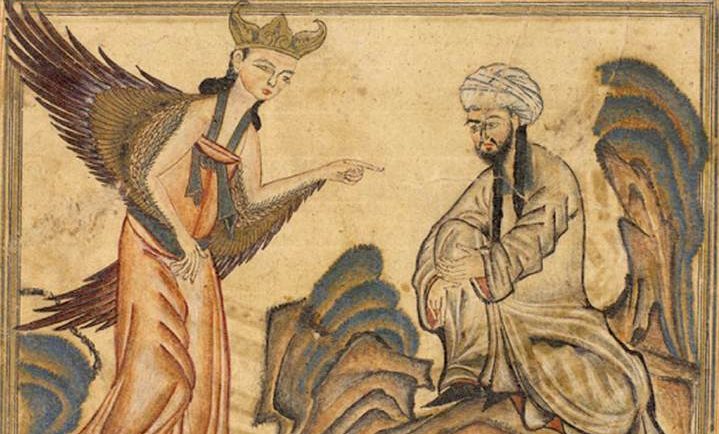 “Those who follow the Messenger, the unlettered Prophet, whom they find mentioned in their own (scriptures) in the law and the Gospel”.

This verse, along with a few others, has served as the main driving cause behind the topic which I am about to address. And that is, Is Muhammad mentioned in the biblical scriptures? Muslim after Muslim has continuously asserted that their prophet is, without a shadow of a doubt, mentioned both within the Old and New Testaments.

So, in order to debunk the relative argument, I am going to use the work written by our world’s most prominent Islamic scholar Dr. Zakir Naik as the foundation upon which we bring these claims under scrutiny.  We are going to be looking at the following points:

1) Is Muhammad mentioned in the gospel of John?

So regarding this point itself, the Muslim community utilizes 4 verses to attempt to prove their theory. These are:

“And I will pray the Father, and he shall give you another Comforter, that he may abide with you forever.”

“Nevertheless I tell you the truth; it is expedient for you that I go away: for if I go not away, the Comforter will not come unto you; but if I depart, I will send him unto you”.

“I have yet many things to say unto you, but ye cannot bear them now. Howbeit when he, the Spirit of truth is come, he will guide you unto all truth: for he shall not speak of himself; but whatsoever he shall hear, that shall he speak: and he will shew you things to come. He shall glorify me”.

Why do Muslims believe these speak about Muhammad?

I know I know, this sounds pretty strange seeing as we know exactly who these passages are referring to. But let us give them the benefit of the doubt and see what their explanation is behind such theological reasoning.

Firstly, the Muslims claim that since the Holy Spirit was already present both within the old and New Testaments, that these could not possibly be referring to it, but to the prophet Muhammad.

Secondly, the Muslims claim that the Greek word for comforter, which is paraclytos, is very identical to the Greek term periclitos, which means the one who praises or the all praised one, which is what the name Muhammad actually means. (We will address this with the following point)

And thirdly, this spirit will not speak of himself, but whatever it hears of the Father, that shall he speak. According to the Muslims, this sounds very identical to the story of Muhammad: namely, that he recited nothing but the Quran, which God had given him.

Why can’t these verses be speaking about Muhamad?

Now that we have seen the Islamic explanation behind these verses, let me give the Christian reasons on why these can’t be referring to Muhammad.

Hence, If Muhammad was the coming comforter spoken of by Jesus, then Muhammad must have been eternal, pre-existent, sinless, and Jesus must have been the one who sent him. Believing in such things goes against the Quran itself.

2) Is Muhammad mentioned in the Song of Solomon?

Now onto point number 2. Muslims claim that Muhammad is actually mentioned BY NAME in the Old Testament. Namely, in song of Solomon 5:16:

“His mouth is most sweet: yea, he is altogether lovely. This is my beloved, and this is my friend, O daughters of Jerusalem.”

Why do Muslims believe this speaks about Muhamad?

The Islamic community claims: The phrase within this passage, “Altogether lovely”, when read in the Hebrew tongue, actually says “ Muhamadim. The IM here is used as a plural for respect. So, as we can see, Muhammad is mentioned BY NAME within this passage of the Christian scriptures.

Why can’t this verse be speaking about Muhamad?

My beloved is radiant and ruddy, outstanding among ten thousand. His head is purest gold; his hair is wavy and black as a raven. His eyes are like doves by the water streams, washed in milk, mounted like jewels. His cheeks are like beds of spice yielding perfume. His lips are like lilies dripping with myrrh. His arms are rods of gold set with topaz. His body is like polished ivory decorated with lapis lazuli. His legs are pillars of marble set on bases of pure gold.  His appearance is like Lebanon, choice as its cedars. His mouth is sweetness itself; he is altogether lovely. This is my beloved, this is my friend, daughters of Jerusalem.

Now let us take note of a few points here.

3) Is Muhammad prophesied in the book of Isaiah?

This one is a little less popular, yet has been growing in prominence throughout the years. The verse in question is the following:

“And the book is delivered to him that is not learned, saying, Read this, I pray thee: and he saith, I am not learned.”

Why do Muslims believe this speaks about Muhammad?

Now you ask what this has to do with Muhammad. Well, the Muslims see a clear parallel between Isaiah 29:12 and Sahih bukhari 1:3 which says:

He used to go in seclusion in the cave of Hira where he used to worship (Allah alone) continuously for many days before his desire to see his family. He used to take with him the journey food for the stay and then come back to (his wife) Khadija to take his food like-wise again till suddenly the Truth descended upon him while he was in the cave of Hira. The angel came to him and asked him to read. The Prophet replied, “I do not know how to read.

Why can’t this verse be speaking about Muhamad?

Actually, when we read this verse in its full context, I think we would love for this passage to be referring to Muhammad. Why? Well, let us see.

Astonish yourselves[a] and be astonished; blind yourselves and be blind! Be drunk,[b] but not with wine; stagger,[c] but not with strong drink! For the Lord has poured out upon you a spirit of deep sleep, and has closed your eyes, and covered your heads. And the vision of all this has become to you like the words of a book that is sealed. When men give it to one who can read, saying, “Read this,” he says, “I cannot, for it is sealed.” And when they give the book to one who cannot read, saying, “Read this,” he says, “I cannot read.”

Now, when reading the full chapter, we see that these are judgements casted upon Israel for their rebellion against the most high. And due to their judgement, their example will be LIKE a person who is told to read, and he replies saying “I cannot”. Hence, the verse Muslims point to actually serves as an example of how the Jews will be like due to God pouring out his judgement on them.

4) Is Muhammad mentioned in the book of Deuteronomy?

And now on to our final point. Is Muhammad mentioned in the book of Deuteronomy? The passage in question reads as follows:

I will raise up for them a prophet like you from among their brothers. And I will put my words in his mouth, and he shall speak to them all that I command him.

Why do Muslims believe this speaks about Muhammad?

Well, due to the verse’s choice of terms, Muslims believe that Muhammad was more of a prophet LIKE unto Moses than Jesus was. For example: Both had a father and a mother, while Jesus was born miraculously without any male intervention. Both were married and had children while Jesus, according to the Bible, did not marry nor have children. Both Muhammad and Moses died natural deaths. Yet Jesus has been raised up alive, etc etc. (I am not making this up. This is the actual examples they cite when defending their theological standpoint on this passage)

Why can’t this verse be speaking about Muhammad?

Just as you desired of the Lord your God at Horeb on the day of the assembly, when you said, ‘Let me not hear again the voice of the Lord my God or see this great fire any more, lest I die.’ And the Lord said to me, ‘They are right in what they have spoken. I will raise up for them a prophet like you from among their brothers. And I will put my words in his mouth, and he shall speak to them all that I command him.

So what we see is that the people did not want to hear the voice of God again, out of fear of death. So what was the solution? Exactly… Send a prophet.

When reading this passage as a whole, we can see that the prophet spoken of here is not necessarily a single individual, but a prophetic office. In other words, God will send prophets to the nation to speak on behalf of the father, to avoid them from hearing God’s voice again. If this referred to Muhammad, then how was God solving their issue? Did he just stop talking to them altogether until the time of Muhammad? Or did he communicate with them via prophets? Ask yourself what makes the most sense.

And there has not arisen a prophet since in Israel like Moses, whom the Lord knew face to face, none like him for all the signs and the wonders that the Lord sent him to do in the land of Egypt, to Pharaoh and to all his servants and to all his land, and for all the mighty power and all the great deeds of terror that Moses did in the sight of all Israel.

In other words, a prophet LIKE unto Moses refers to 2 things. 1) Knowing God face to face, and 2) Performing the signs that Moses performed. Yet, when we read the Quran, we see that Muhammad did NO miracles like those of Moses.

“Why are not (signs) sent to him (Muhammad) like those which were sent to Moses?”

So, do these verses really speak to the coming prophet of Islam? Well, if you assumed they did, I hope that this article helped shed some light on the issue. In all 4 instances, we demonstrated that severe misinterpretation and text isolation is needed for them to even hint at such a claim.

And, in my opinion, we can mildly sympathize to why such attempts are made. Because If Muhammad is mentioned in the biblical narrative, then this provides their scripture with at least some credibility. While if it doesn’t, then the Quran has forced them into a grave theological dilemma.