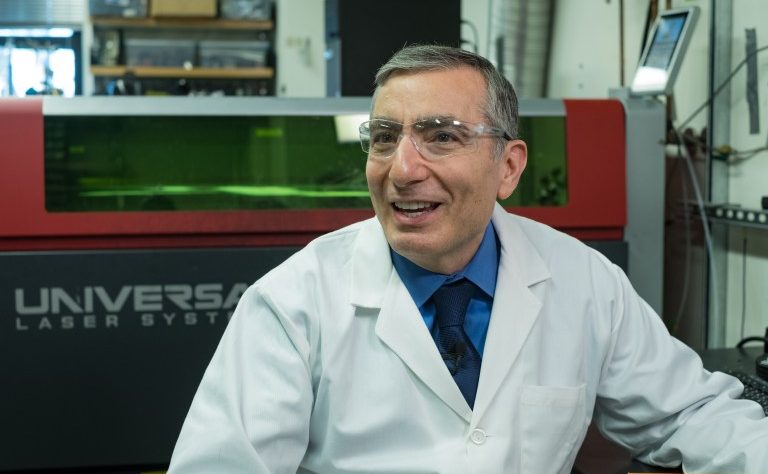 If that’s not enough in way of qualifications and positions, it is not yet where Tour’s CV ends. He is also a visiting scholar at Harvard University, has published 650 articles, has 120 patents, and seven companies with products ranging from medicine to material science, electronics, and computer memory.

Tour is known not only for having been voted as one of the 50 most influential scientific minds in world (2) but also because of his conversion to Christianity (3). His his testimony can be found on a notable and reputable list of Jewish converts who have put their faith in Jesus Christ (4). Tour says that he was brought up a Jew but wasn’t particularly “into religion,” especially after one day being brushed aside by a Rabbi he had presented some questions to.

However, he first encountered Christianity as practiced and believe in a real sense when he was studying at university. There he began meeting people who referred to themselves as born-again Christians, a strange term that he couldn’t quite understand for some time. Tour also had a rather unique encounter in a laundromat when a man showed him an illustration explaining the chasm separating man from God. The man labeled the chasm as “sin,” to which Tour objected stating that he was not a sinner,

“I looked at him and said, ‘I’m not a sinner. I’ve never killed anyone. I’ve never robbed a bank. How could I be a sinner?’

The man encouraged Tour to read Romans 3:23 which states that “all have sinned and fall short of the glory of God.” In an effort to affirm this message the man turned to the teaching in Matthew 5:27-28 where Jesus warns that whoever lusts after a woman has already committed adultery in his heart. Tour felt the impact of this message particularly because he had previously objectified women by looking at pornographic magazines,

“All of a sudden, something that’s written in the Bible, somebody who lived 2,000 years ago was calling me out of it, and suddenly I felt convicted and I realized I was a sinner. When I read the Scriptures, I knew I was a sinner. How would I get to God?””

Tour begun examining the Bible, widely absorbing and studying its contents. He discovered that what the person in the laundromat had said was in fact true in light of what the scriptures affirm. There is no forgiveness of sin without shedding blood. In the Old Testament, this forgiveness took the temporary form of animal sacrifice while in the New Testament it was Jesus who stood in as humanity’s Passover Lamb. Jesus paid this penalty on the cross as vindicated with his bodily resurrection.

It was on the 7th of November 1977, while alone is his room, that Tour realized Yeshua was the Messiah: “I said, ‘Lord, I am a sinner. Forgive me. Come into my life.’”

That’s when Tour recounts how Jesus appeared to him in his bedroom,

Tour went on to inform some of his close family that he realized Jesus was the Messiah,

“Telling my mother how I had invited Jesus into my life, she didn’t say much. She was weeping. She told my father. They weren’t happy at all.”

His mom in particular condemned Jesus stating that she didn’t “blame the Jewish leaders for killing Jesus after the things he said. Who is He to come against the religious leaders, who have dedicated their life to helping people and to tell them they are ‘white-washed tombs? Who is He this young man in his 30s to say this to these scholars? He got what He deserved.”

But his family’s rejection wouldn’t be the end of the story. His mom soon begun reading the Bible, comparing the Old Testament and New Testament together, and when she turned 72 she felt that she couldn’t deny the scriptures affirmation that Jesus was indeed the Messiah. That’s when she called her Tour on the phone,

“Jimmy, you wouldn’t believe what happened. I was just reading and it hit me. It hit me — the way He gave His life. I believe it now. Jesus is the Son of God!”

2. The Best Schools. The 50 Most Influential Scientists in the World Today. Available.

4. One For Israel. I MET MESSIAH (Jewish Testimonies). Available.