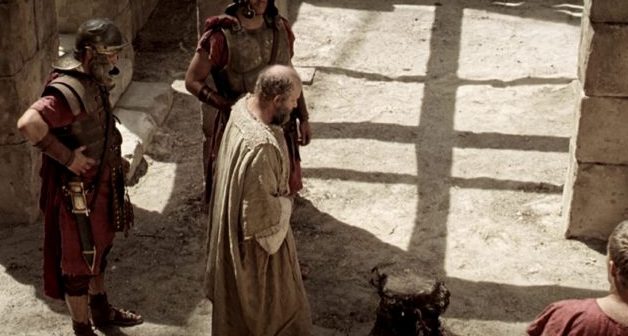 By James Bishop| It is quite remarkable that Paul, who persecuted and executed the early Christians and Christian movement, became a prominent leader and church planter himself. But what does Paul say was the cause behind this?

Well, he says it was the resurrection in that Jesus appeared to him and convinced him that he had been raised from the dead. This belief would eventually result in his martyrdom. What is the historical evidence for Paul;s death?

Firstly, we read in 2 Timothy 4:6–8 that Paul seemed to be anticipating his soon demise:

“For I am already being poured out as a drink offering, and the time of my departure has come. I have fought the good fight, I have finished the race, I have kept the faith. Henceforth there is laid up for me the crown of righteousness, which the Lord, the righteous judge, will award to me on that Day, and not only to me but also to all who have loved his appearing.”

What is important to note here, however, is that 2 Timothy is not held by most scholars to be a genuine Pauline epistle, but rather a letter written by someone else other than Paul, and attributed to Paul. This was standard practice in the ancient world in which a student of a specific person would attribute letters to his teacher especially if the teacher had died. Given this in the above verse we see that whoever authored it had knowledge of Paul’s death. If one holds that someone other than Paul wrote this after the fact, I then think that makes it more reliable as a reference to his martyrdom. By the time a pseudo-Pauline author would have written that, they would open themselves up to being discovered if what they wrote didn’t fit with the facts of Paul’s demise.

Although Paul’s death is not directly recorded in the New Testament, we find the early church father Ignatius, probably writing around 110 AD, affirming his martyrdom.  Ignatius was also connected personally to the disciples which gives reason to think that he might have had first-hand testimony of Paul’s death. Ignatius writes in praise of the Ephesians that:

“Ye are initiated into the mysteries of the Gospel with Paul, the holy, the martyred, the deservedly most happy, at whose feet may I be found…”

Further, we have First Clement (AD 95) who was most likely a disciple of Peter; Peter probably died around the same time as Paul. In 1 Clement Chapter 5 we read that:

“Peter, through unrighteous envy, endured not one or two, but numerous labours; and when he had at length suffered martyrdom, departed to the place of glory due to him. Owing to envy, Paul also obtained the reward of patient endurance, after being seven times thrown into captivity, compelled to flee, and stoned.

After preaching both in the east and west, he gained the illustrious reputation due to his faith, having taught righteousness to the whole world, and come to the extreme limit of the west, and suffered martyrdom under the prefects.”

Much later Eusebius, the well-known church historian of the 4th century, believed that Paul was beheaded at the order of the Roman emperor Nero or one of his subordinates. According to historian William Smith we have the following examination:

“For what remains, we have the concurrent testimony of ecclesiastical antiquity, that he was beheaded at Rome, about the same time that St. Peter was crucified there. The earliest allusion to the death of St. Paul is in that sentence from Clemens Romanus… which just fails of giving us any particulars upon which we can conclusively rely.

The next authorities are those quoted by Eusebius in his H. E. ii. 25. Dionysius, bishop of Corinth (A. D. 170), says that Peter and Paul went to Italy and taught there together, and suffered martyrdom about the same time. This, like most of the statements relating to the death of St. Paul, is mixed up with the tradition, with which we are not here immediately concerned, of the work of St. Peter at Rome” (1).

Historically speaking, it is not in dispute that Paul was martyred for his proclamation of the risen Jesus. His death his attested to in numerous sources from early Christian testimony outside of the New Testament thus suggesting a consistent tradition and knowledge of Paul’s death. We also saw that Paul’s death was indirectly attested to in 2 Timothy.

Why Did Jesus Call Himself The “Son of Man”?