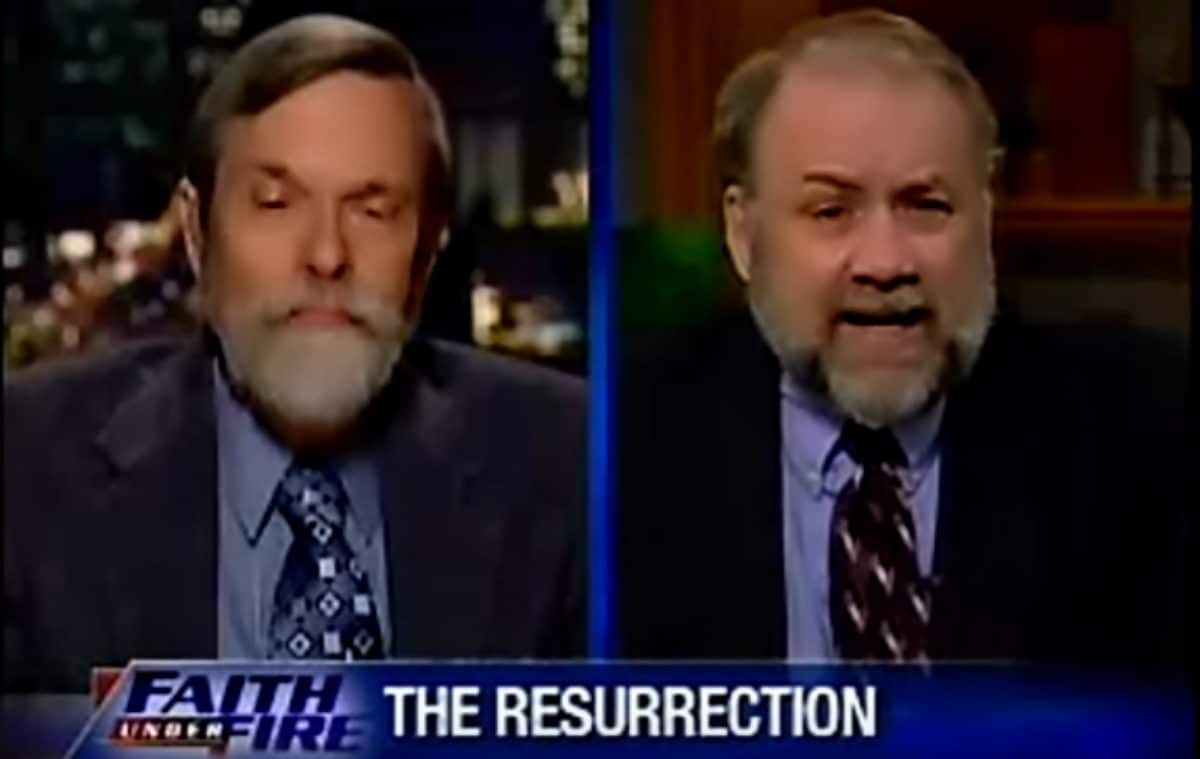 By Steven Bancarz| Is Jesus a copy of pagan god myths like Zeitgiest and Religulous claim?  We often hear that Jesus is just one of many saviour figures of the ancient world, and that dying-and-rising gods populated the Mediterranean for almost 1000 years before Jesus was born.

It’s suggested that Jesus is just a mishmash and knock-off of gods like Horus, Mithra, and Dionysus, who the early Jews constructed and deified to give themselves a saviour figure of their own.  These claims, while popular on the blogosphere, receive no serious consideration from experts.

In this video, Dr. Gary Habermas, a historian and lecturer who specializes in New Testament studies, faces off with Tim Callahan, an editor for Skeptic Magazine.  This debate takes place on Lee Strobel’s former show called “Faith under Fire”, which started airing in 2005.

Habermas, who holds a Ph.D. in history from Michigan State, repeatedly corrects Tim who keeps asserting that we have pre-Christ stories of gods who were resurrected from the dead as Jesus was.  Being a professional historian certainly helps when you are a Christian apologist.

They then proceed to get into a fascinating discussion on the evidence for the resurrection of Jesus, ranging from the post-resurrection appearances to Paul’s early creed written in 1 Corinthians 15.

Hope you enjoy this debate: