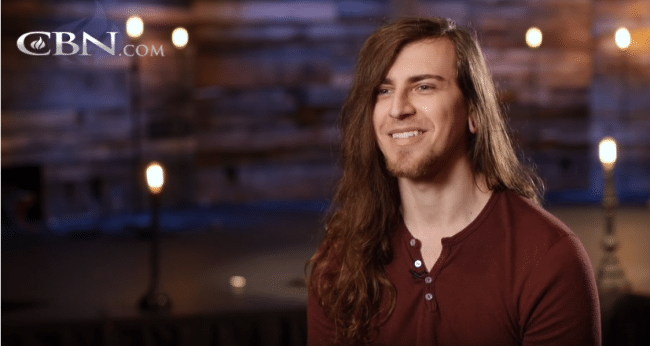 By Steven Bancarz| As some of you know, I am new Christian who has been saved for just over 2 years.  Though I was raised in a Christian household, I departed from the faith in high school when I started to come across material that didn’t suit the worldview I had been raised with.

What led me down the rabbit hole as the topic of aliens, because I couldn’t reconcile this with 6 day creationism or the exclusivity of the Christian faith.  I had been summarizing some of the material I had come across on a website I was running called “Spirit Science & Metaphysics” which was getting about 200,000 views a day (one of the largest New Age sites in the world at the time), and was also a guest author for the “Spirit Science” website.

I believed that God was the universe, and that our soul is here simply to learn lessons before returning back to a neutral spirit world to prepare for its next incarnation.  There seemed to me to be decent evidence for reincarnation and a form the afterlife that was a temporary landing place.

I believed we were visited in the past by ancient aliens who we mistook as being “gods”, and that through personal development, self-awareness, and reaching higher states of consciousness we could awaken to our true identity; God.  I believed the problem with the world was that we were self-ignorant of our inherent potential to realize our own divinity.

Jesus, in this view, was someone who became Christ by tapping into the inner “I Am” presence that lies at the core of each one of us, making Jesus someone who came here to show us the inner path of enlightenment.  I was a New Age panentheist who, for a while, was also in school studying to be a philosophy major.

And on top of this, I was a sinner of sinners.  My whole life was a double life revolving around sin, which I truly felt enslaved to.  I had “knowledge”, had tried to apply this knowledge, but it gave me absolutely no breakthrough in overriding the desires of the mind and flesh.  In pain and sickness over the destruction I had caused to people I have cared about, I fell on my face one night and cried to Jesus hoping to be forgiven.

I couldn’t take doing life on my own anymore and I finally was moved to stop suppressing the truth of Christ in unrighteousness.  I was broke before Him, truly sorry, truly wanting Him as He really is.  When I did this, His presence consumed me, everything around me changed in the spirit.  I became engulfed with Him and His attention was set fully and completely on me.

All I could repeat in my head is “Jesus is Lord, Jesus is Lord, it’s so simple”, because I knew in His presence that He was Lord over me and over all of creation.  Nature itself seemed to recognize that He was King, as if the sounds of the leaves and the crickets seemed to glorify and point toward Him in that moment.

After this 4 minute encounter with Jesus, I gave my heart to the Lord, quit my job, sold out of my old life, and have since then started this website and ministry in hopes of reaching people for Jesus with the Gospel.  I recently filmed my testimony with the 700 Club of CBN outlining what led to this radical shift in faith and direction.