Home Bible The Essential Truths Of Jesus In The Nicene Creed 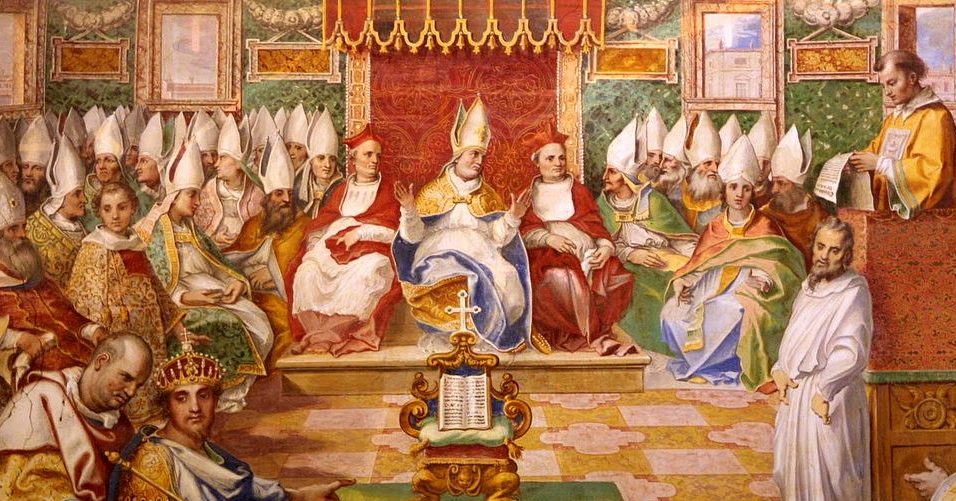 By Mikel Del Rosario| What are the essential truths Christians believe about the things Jesus did? As defenders of the faith, we need to know which beliefs about Jesus’ deeds are essential and why we should believe them.

I recently had a conversation with my mentor Darrell Bock about this, specifically about the works of Jesus mentioned in the Nicene Creed—a collaborative statement of essential Christian beliefs compiled from Scripture in 325 AD. This creed was based on the Apostle’s Creed and various Scriptures. Early creeds are a good reminder that the essentials of the Christian faith were not created recently, but go back to the earliest memories of Jesus and the teachings of his official spokespeople.

Let me share a couple of things we mentioned while talking about a line that that mentions Jesus’ historic death and burial:

“For our sake he was crucified under Pontius Pilate; he suffered death and was buried.”

The Nicene Creed makes historical claims about Jesus but also includes a theological interpretation of the facts. In this post, I’ll define what Christians mean when we say Jesus died “for us.”

Then, I’ll touch on the historical evidence for Jesus’ crucifixion and burial. At the end of this post, you can check out the complete podcast to hear our full conversation on the works of Jesus described in the Nicene Creed.

So what does it mean to say Jesus “was crucified for us?”

The Nicene Creed says Jesus was crucified for us

First, the Nicene Creed highlights a kind of substitution where Jesus bears the penalty for human sin. As Anselm of Canterbury explained, Jesus paid an infinite debt no mere human being could pay.

Second, understanding the Jewish context of the earliest Christian thought brings a couple of pictures to mind: The suffering servant of Isaiah 53 “who bears our reproach” and the way Jews understood an animal suffering in the place of a sinner. In some cases, Jews put their hands on the sacrifice to symbolize a transfer of the responsibility in the sacrificial system.

When you wonder about the significant of something Jesus said or did, remember that themes from the Hebrew Scriptures are often in background and it pays to see Jesus in his cultural context.

So that’s a theological interpretation of Jesus’ death. But what about the event itself? The Nicene Creed mentions Jesus’ suffering on the cross. What’s the historical evidence for Jesus’ death on the cross?

The Nicene Creed says Jesus suffered on the cross

Jesus’ crucifixion is well-attested: It’s mentioned not only in the Gospels, but in a snippet of something the Jewish historian Josephus wrote in his Antiquities which verifies Jesus’ death under Pontius Pilate. The Roman historian Tacitus alludes to Jesus’ crucifixion as well in The Annals. As John Dominic Crossan is often quoted as saying:

“That [Jesus] was crucified is as sure as anything historical can ever be.”

But what happened to Jesus’ body? The Nicene Creed says Jesus was buried, just like we read about in Mark 15 and Luke 23. But what about this?

The Nicene Creed says Jesus was buried in a tomb

Some skeptics ask, “Weren’t crucifixion victims thrown into shallow graves? How do we know Jesus was put in a tomb?”

First, we have reports of Jesus’ burial from the time when people who knew about it were still alive. Second, ancient Jewish sources never say Jesus’ body was thrown to the dogs in a shallow grave. There are good reasons to believe Jesus was really buried in a location that was known and that he was buried in a way that by sensitive to Jewish culture.

For example, convicted felons weren’t buried in family tombs. That’s why Jesus wasn’t buried in a family tomb. He was buried in the tomb of a fellow Jew: Joseph of Arimathea. So Jesus’ burial honored what Jewish tradition says about the way a Jewish crucifixion victim should be buried.

We cover a lot more about the works of Jesus in the Nicene Creed during our conversation. Check out the complete podcast:

The Works of Jesus in the Nicene Creed

“For us and for our salvation he came down from heaven,
was incarnate from the Holy Spirit and the Virgin Mary
and was made man.
For our sake he was crucified under Pontius Pilate;
he suffered death and was buried.
On the third day he rose again
in accordance with the Scriptures;
he ascended into heaven
and is seated at the right hand of the Father.
He will come again in glory to judge the living and the dead,
and his kingdom will have no end.”

This article was originally written by Apologetics Guy and was republished with permission.

Muhammad Was NOT Mentioned In The Bible