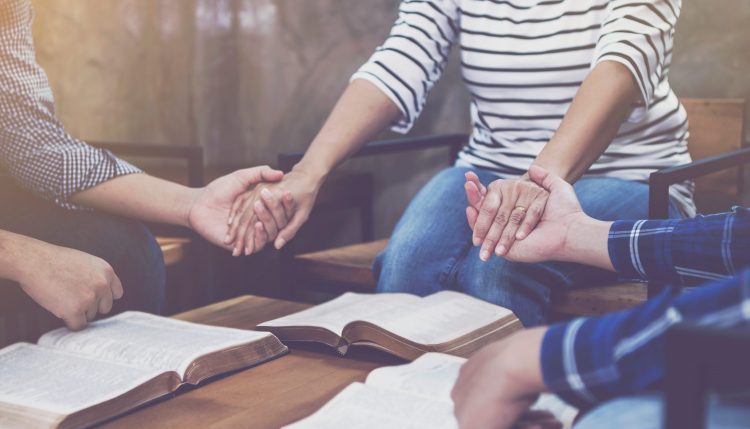 By James Bishop| This series moves on to  in which we will one of the “50 Simple Proofs” showing that God does not exist as provided by Marshall Brain on the website God Is Imaginary. To begin then it is important to acknowledge the perspective Brain is coming from. Why? Because this will help us respond to his claims. It will also assist us in determining whether the arguments he posits actually stand up to the bar of proof he has set himself.

Accordingly, Brain holds to positive atheism in which he makes the claim that the God religious people “worship is completely imaginary.” This is almost certainly a naively bold proposition. Consequently, it is important from here on that Brain’s arguments support it, for if they don’t then his entire project fails. Brain further boasts that it is, in fact, “easy to prove that God is imaginary.” This is another bold claim which we will surely put to the test. These responses will be tackled in several posts although multiple arguments Brain provides might be considered in a single post.

Disproving God – The Argument From Prayer

Right off the bat we begin on shaky grounds. Why? Because readers are left to speculate what God Brain decides to refute. It is clear that through his inclusion of scriptural references from the Bible, in which God is supposedly meant to answer prayers, we are in the unfortunate position of having to assume that it is the Christian monotheistic concept of God under fire here. Immediately, however, one ponders whether or not Brain has reached the standard he has set himself (i.e. God is imaginary and it is easy to prove this is the case). After all, even if we grant that the Christian monotheistic God is imaginary, that leaves untouched the other concepts of God/gods. A creator God might well exist and decide never to intervene in the lives of human beings, as on deism. This is not to mention polytheism, monolatrism, pantheism etc. Given Brain’ positive atheism, he has got a lot of work to do to justify his position.

Further, this blog series is not intended to be an apologetic defense of Christian theism specifically, but I suppose a few remarks should be forthcoming when clear errors are made, often naively so. Off the bat Brain engages in the hermeneutical flaw of eisegesis through proof reading a select few verses while leaving out significant others. He feigns a prayer asking God to heal all cancers and illnesses on Earth,

“Will anything happen? No. Of course not… If “you will receive whatever you ask for in prayer”, then if we ask to cure cancer tonight, cancer should dissappear[sic].”

Conveniently, however, he leaves out what one might refer to as “qualifiers” for God honoring prayer. Without these qualifiers prayer could be rendered ineffective on behalf of the person praying the prayer. A close reading of scripture suggests the following qualifiers: [i] Prayer in Jesus’s name, [ii] Prayer in accordance to God’s will, [iii] Perseverance in prayer, [iv] The avoidance of selfish desire and intentions, [v] Belief in God, and [vi] Powerful faith. All of these are clearly important in the context of prayer but none of them have been acknowledged in Brain’s critique which surely comes in as an under cutter to his central argument (that God, at least the Christian one, does not exist because of a lack of answer to prayer).

In fact, given these qualifiers, it is likely a few individuals who have made a God honoring prayer in the case of fulfilling each one of these. Perhaps human beings falls short in this regard to such an extent that when God does in fact answer a prayer (which we will show that he does in the next section) it must necessarily be out of his love, mercy, and grace, and not because the individual praying deserves it. Again, few of us would score a perfect grade on these qualifiers.

So, to take one of Brain’ several proof texted portions of scripture, Mark 11:24: “Therefore I tell you, whatever you ask for in prayer, believe that you have received it, and it will be yours.” In a case such as this, and others, Jesus is not simply promising that we will receive everything we ask for in prayer, even if what we pray for God actually desires. After all, one might really believe that he will receive what he asks for but underlying his prayer are selfish motives. Perhaps what one prays for is not in God’s will, or perhaps one’s faith is weak, and so on.

Despite Brain not considering these crucial qualifiers he proposes two problematic explanations for failed prayer:

However, the unwarranted assumptions present here cannot be left unobserved.

Granted that God does not answer prayer it by no means argues for God’s non-existence. As I stated, an all-powerful God, as on deism, could exist and never answer prayers or care to answer prayers. It therefore would not follow that God is imaginary. But what of the Christian monotheistic concept of God? Brain doesn’t go as far as he should in his argument. For one, Brain assumes that God must heal everyone if it is prayed for.

But why? It might well be in God’s desire to heal all his human creatures from the ailments and illnesses they live with, but it could too be the case that God, in his omniscience, decides not to for reasons unknown to those suffering. As far as this is at least theoretically possible then Brain’s argument cannot be said to succeed. The assumption that God must do everything in accordance to his all loving will needs to be argued for, not assumed.

Further, the Christian theist need only provide possible reasons to show why a loving and perfectly good God could exist even when there is suffering in the world, whether that suffering owes itself to moral or natural evil. As some theologians and philosophers have argued, God might have morally sufficient reasons for allowing such suffering. It is possible that in the absence of such suffering many human beings would not actively seek out God. It is possible that in the suffering of one individual several others come to faith.

In fact, especially in case of supernatural healings when God really does move in response to prayer, there are many testimonies of individuals and families coming to faith after a relative has been healed, as in the case of an atheist Chinese family. Interestingly, as some theologians have suggested, that in the absence of death and suffering human beings would never come to a sufficient knowledge of God’s perfect love and grace. In fact, a fallen and broken world is required for this knowledge. This often reminds me of Charles Spurgeon’s remark in which he stated that “I never did grow in grace one-half so much anywhere as I have upon the bed of pain.”

There might be good reasons for God’s allowing of pain and suffering, none of which have been observed by Brain.