Home Atheism Lawyer Explains Why Belief In God Is Not Childish 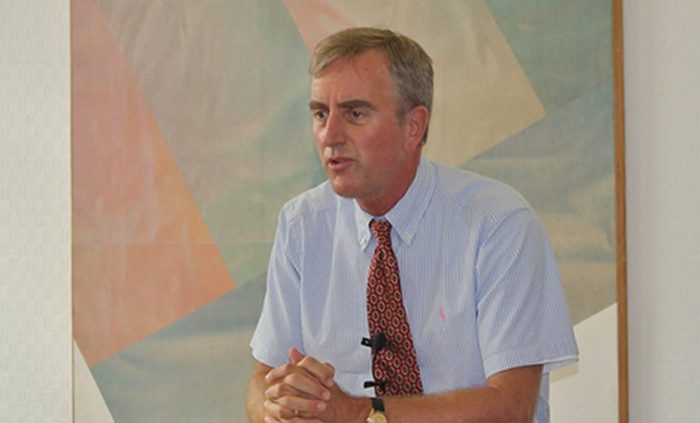 By James Bishop| Craig A. Parton is a trial lawyer and partner in Price, Postel & Parma LLP of Santa Barbara, California. He is also the United States director of the International Academy of Apologetics, Evangelism and Human Rights, which meets each summer in Strasbourg, France, to provide advanced training in apologetics (see http://www.apologeticsacademy.edu). He is also the author most recently of Religion on Trial (Wipf & Stock, 2008). According to Parton,

While [Richard] Dawkins argues this point loud and clear in The God Delusion, this contention has been presented repeatedly since the psychoanalytic revolution began in the nineteenth century and was also echoed in the reigning philosophical circles of that time. Freud and Nietzsche certainly articulated the position that belief in God the Father is nothing more, and nothing less, than wish projection.

It is the infantile groping of a repressed psyche to turn into reality that which it desperately wants to be true – namely, that one has an all-loving, all-wise, all-benevolent Father way up there. It is akin to belief in Santa Claus and the Tooth Fairy, and it is a belief that only intellectual and cultural maturity can show to be mere fiction.

This psychological pull toward the need for a father figure and for some type of order that is imposed on a random universe is-per classical atheism-eminently understandable, but also eminently explainable. In short, the argument says that the “God Wish” goes back to the domain of primitive man.

As man progresses psychologically and socially, belief in God has been shown to be largely irrelevant and only of persuasive interest to the uneducated classes who then indoctrinate their children in order to prevent intellectual and social progress from occurring.

Why This Claim is False

This argument is invalid on several grounds.

First, belief in Santa Claus and the Tooth Fairy is a natural condition in the early years where the lines between fantasy and reality are necessarily blurred. Many people, in fact, mature to a belief in God (witness the recent controversial conversion to theism of renowned British atheist Anthony Flew). This argument simply fails to explain why so many come to a belief in God, and specifically a belief in the God of Christianity, late in life and after obtaining a robust university education.

Clearly, not all these people have simply retreated to infantile regressive behavior by becoming theists or Christians. Many, for example, would see the conversion of an adult C. S. Lewis -as he himself did- as a progression into maturity rather than a regression into an infantile world of denial.

This argument also ignores some basic facts derived from the biblical data in support of Christian theism. The Bible is hardly a book full of teachings that are equivalent to the vocational teachings of a nurse. From “turn the other cheek” to “give your enemy your coat,” from “feed the poor” to the doctrine of hell as a place for those not perfectly holy and for those failing to perfectly follow the Law, this is decidedly not the religious pablum that naïve primitive man would conjure up over a hot fire, a juicy femur head, and a pot of gruel.

An infantile position would be one that, for example, failed to deal with the reality of evil and instead focused only on man’s glory and greatness, or one that ignored man’s essential inability to follow even his own moral standards. In Christian intellectual history, one finds serious reflection on issues of man’s nature and the nature of God, the reality of sin and the possibility of salvation, the nature of history, and the existence of real ethics.

Profound insights on these topics have hardly come from what might be called the “infantile or regressive” impulses of such men as Augustine of Hippo, Thomas Aquinas, Blaise Pascal, John Henry Newman, G. K. Chesterton, and Alvin Plantinga, to name but a few. Finally, R. C. Sproul is perfectly correct when he contends that this argument by atheists might just as easily be turned on its head.

In short, perhaps atheists wish so badly for an all-knowing Last Judge not to exist that they have projected their highly regressive and infantile fantasies onto the issue of the existence of God. The argument, therefore, ends up being utterly self-defeating on logical grounds alone.