Home Atheism Is “God Did It” A Substitute For Scientific Ignorance? 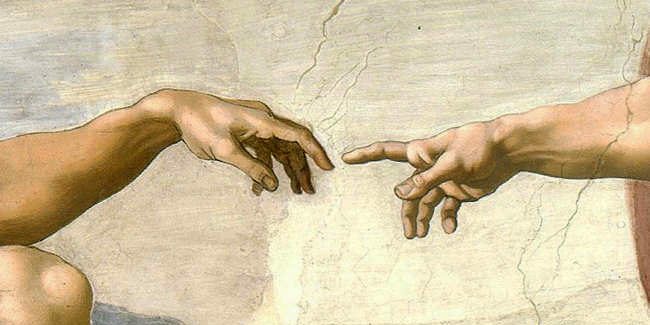 By Blake Giunta| Many atheists feel that any evidential argument for God’s existence amounts to “god of the gaps” reasoning—an argument from ignorance. That is to say, many derisively represent any purported theistic evidence as an “I don’t understand it, therefore God did it,” even while being aware that no theist would endorse this representation.1

Atheists who employ this tactic can be hard to reason with. Here is one strategic way to respond:

Step 1: Ask them to confirm their principle.

“Ok, so just for clarification, are you saying that whenever God is invoked as an explanation for something, that we are just using fallacious god-of-the-gaps reasoning?”

As is often the case, you will want to step back from the particular evidence for God you were using (e.g. the Big Bang evidence), and isolate the principle that the non-theist is using against it. It is important for them to confirm that they are using this principle for two reasons:

(a) You want to confirm that your forthcoming objection is relevant, that you aren’t misrepresenting anyone.

(b) You want to pin down the atheist’s objection to prevent him from shifting to a different objection which is not susceptible to your forthcoming challenge. For example, be wary of the atheist shifting to the complaint that “the God hypothesis is illegitimate because it is unscientific!” (see link for strategic response).

Step 2: Show how their principle begs the question.

“Accusing the God explanation of always and automatically being fallacious, just because it is God, is a little too convenient, right? Aren’t people who do that preventing themselves from ever finding out if God actually does explain something?”

This is a helpful illustration:

“Tell me if this makes sense.  It seems like it would be as if you were trying to give a creationist evidence for evolution, and no matter what evidence was given, he automatically responded with: ‘You’re just saying I don’t understand this data, therefore evolution-did-it. You use evolution-of-the-gaps!’

This response of theirs is set up in such a way that even if God is/was the best explanation, we would never be able to infer the existence of God because of a fallacious in-principle objection to the God hypothesis.

Step 3: Work through how the god-of-the-gaps fallacy is supposed to work.

Ask: “Why do you think that 99.99% of the time when theists encounter a mystery, e.g. their shoes go missing, they do not say ‘I don’t understand it, therefore God did it?’”

[THIS ISN’T A RHETORICAL QUESTION; MAKE SURE THEY ANSWER]

“Can I offer my explanation for why they don’t? […] Here it is: when a theist’s shoes go missing, she refrains from invoking God as the explanation because she knows this explanation would be ad hoc; she knows that nothing about the God hypothesis would lead one to expect that shoe-hiding is the kind of thing God would plausibly choose to do if God existed. If god-of-the-gaps reasoning is bad, it’s because God is being invoked to explain something in an ad hoc way—a contrived way that lacks independent motivation. Does that seem fair?”

“Ok great. But notice that when it comes to major origin events leading up to the existence of moral agents like ourselves, things like the origin of the Universe, or the origin of life, or the origin of consciousness, suddenly the God hypothesis is not ad hoc. After all, we have every reason to think that God in his goodness would value the existence of a community of moral agents, and so bringing this about is very much the kind of thing God might plausibly choose to do. It is not at all like shoe-hiding. The evidences I bring up are more related to fulfilled predictions: they fit better on theism than atheism.

A failure to understand deduction

On a side note, to accuse a Theist of committing a “God-of-the-gaps” is to fail to understand how syllogisms function when they are presented in a logically valid structure.  The arguments of natural theology, for example, are logically deductive arguments where the conclusions following necessarily from the truth of the premises, making God the most probable conclusion given the evidence we have as opposed to using God to fill in gaps in our scientific understanding.

P1. The fine-tuning of the universe is either due to chance, necessity, or design.

P2. The fine-tuning is not due to chance or necessity (show why this is more probably true than false).

C. Therefore, the fine-tuning of the universe is due to design.

The arguments of natural theology are deductive in nature, giving us a transcendent designer as the best explanation.  It is not saying “I don’t know how to explain fine-tuning, therefore God did it”, it is looking at all possible explanations and exploring which ones best explain the given data.