Home Jesus How Can Jesus Be God If He Prayed? Did He Pray To... 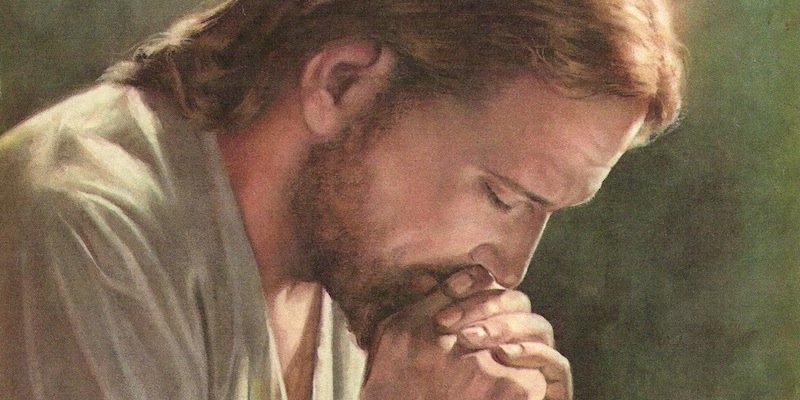 “One glaring problem the Christians have is that Jesus prayed, and had a God himself. This logically lets us conclude that Jesus cannot be God. The logical thing to do is worship and pray to the one Jesus prayed to. If Jesus told you that he had a God, would you honestly take Jesus as God? The logical answer is no, but Christians throw all logic out when it comes to their Bible.” – Answering-Christianity.org

By George Mitrakos| There exists a widespread misconception within the religious world concerning our Lord’s supplication and prayer towards the Father.  Divinity deniers see this as just another means by which Christ displays his human dependency on God.

How can Jesus be God if he prayed to God?  Was he talking to himself?  While it’s true that Jesus prayed to the Father in the Gospels, there is much more to this that needs to be examined.  First off, we must understand that the New Testament teaches that God is a trinity of persons sharing deity.  The Father, Jesus, and the Holy Spirit.

All three are God and share in God’s essence and nature, but they all have distinct personhood and roles.  When we remember this, it’s very easy to understand why Jesus (who is God) would converse with the Father (who is also God).  It’s simply a dialogue between two members of the trinity.  But we are going to look at this question from three alternative angles.

Within this article, we are going to be looking at:

Let us also establish Jesus had and currently has two different natures.  Man, and God.  Humanity, and deity.  And since the historic and Biblical revelation of Jesus is of a fully divine person who took on the form of servant, it should not surprise us to see Jesus praying to the Father in His incarnate state.  After all, touching His humanity, Jesus needed to submit and supplicate the Father.  This is the sense in which Jesus has a God.

Jesus submitted to the will of the Father to carry out the redemptive plan of humanity, and in His incarnate state needed to have a God since He was truly human.  But being fully equal with the Father touching His deity, His manner of prayer must be seen more as a supplication and conversation rather than a lesser being praying to an ontologically greater being.

Those who deny the deity of Jesus typically force a limitation on a specific word penned within the Gospels.  This time it is the word “pray”. These individuals claim that supplication is ONLY an action which involves a communication between a being of a greater essence with a being of a inferior essence.

Let us further examine the definition of the term “pray” both without and within the biblical narrative and see if there are any inconsistencies between the deity of Jesus and his act of praying to the Father.

According to Merriam-Webster’s dictionary, the word pray means:

We can clearly see that the term “prayer” is not limited within the confines of a God-to-man interaction.  Now let us examine the Gospels and Jesus’ words to see if the above mentioned definitions apply to these verses.

According to the gospels, the word pray (in the kjv) has different definitions depending on the context and who it is being used by. For example, in Luke 14:18 the word “pray” is directed by one human to another:

And they all with one consent began to make excuse. The first said unto him, I have bought a piece of ground, and I must needs go and see it: I pray thee have me excused.

In other words, the definition of the word pray does not have to be limited to a communication between a being of a GREATER nature with a being of a LOWER one. When we consider the fact that Christ claimed to be divine, then the word pray when employed by Jesus is simply an communication between him and the Father where he is deeply hoping and earnestly asking something of Him.

“Prayer” does not necessarily imply a human petitioning God.  The definition of the word “prayer” proves this.  So what we are seeing is one member of the Godhead petitioning another.

Why did Jesus pray? 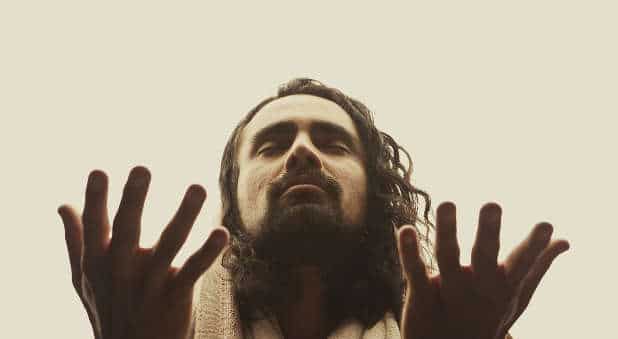 Let us assume that the above point is false and the word “pray” is limited to the meanings a human speaking to God. This would in no way shape or form affect the doctrine of the God-nature of Christ due to the following reason:

One of the intentions of Christ was to serve as an example for the people to follow.

Hence, when we read the gospels, we constantly run into actions which Christ performs which we wouldn’t expect God to do, but he did them anyways to set a proper example for us to follow in his footsteps.

This can be seen in John 13:12-15 when Jesus washed their feet and said “If I then, your Lord and Teacher, have washed your feet, you also ought to wash one another’s feet. For I have given you an example, that you also should do just as I have done to you”.

In other words, if God himself will be so humble as to wash another’s feet, so should we.  If God were to humble himself before all men and kneel down in prayer in the secret place, so should we.

Jesus praying to the father served more as an example for humanity to mirror his behaviour rather than his need for supplication.  Jesus knew exactly what was going to happen and how it would happen before he was even born, which is why he says: “For even the Son of Man came not to be served but to serve, and to give his life as a ransom for many.” in Mark 10:45.

In the book of Matthew alone for example, there are 16 times where Jesus speaks of the prophecies being fulfilled, which proves he knew exactly what would happen to him:

Jesus’ perfect knowledge of the outline of his own life shows that his prayer was not just to ask God for guidance, security, or strength, for he already knew exactly what his life was going to be in its fullest.  His prayer (asking and hoping of the Father) was also intended to serve as an example to us.  As Paul says, be imitators of God. (Eph 5:1)

Jesus himself answers our prayers 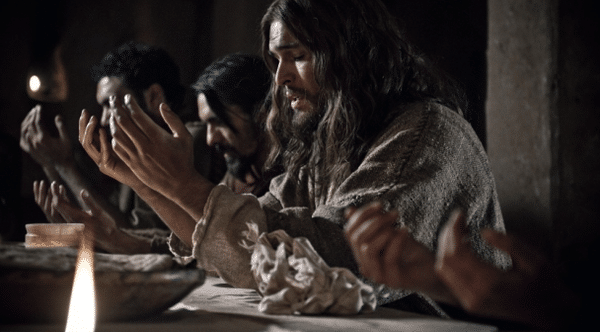 Here is a thought.  How could the prayer of Jesus to the Father be the same as us praying to the Father when he demonstrated to us that he himself answers our prayers in John 14:13?

Whatever you ask in my name, this I will do, that the Father may be glorified in the Son.

If the term “pray” really just means a human speaking to God, this wouldn’t make sense because Jesus himself says he answers our prayers.  So if Jesus can answer our prayers, he couldn’t be just human.  The fact that he can answer the prayers of humans, yet prayed himself, shows both that he is God and that his prayer to the Father is of a different nature than ours.

A human being can’t both answer human prayers and pray to the Father as a human being.  Either he can’t answer prayers (but he can), or his prayer is not just a human-to-God interaction.  So the fact that Jesus can answer prayers proves that he is God while also being able to talk with other persons in the Godhead.

According to Gill’s exposition of the bible, he states:

that will I do; he does not say, that he would be a Mediator between God, and them, an advocate with the Father for them, and would intercede, and use his interest with him that it might be done, which would have been saying much, and all which he does; but he declares he will do it himself, which is a proof of his deity, and an instance of his omnipotence:

Jesus’ prayer does not negate his Deity

To conclude this article, let us summarize the things we have seen.

So there is no contradiction between Jesus praying and the idea of him being a member of the Trinity, the Word made flesh.