Home Atheism Evil Committed In The Name of God Vs Atheism 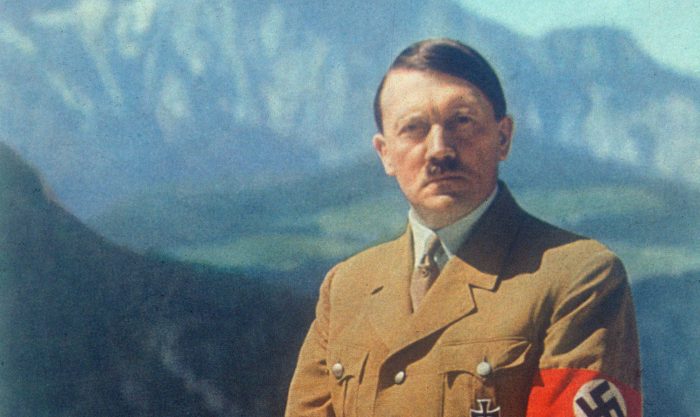 By Mikel Del Rosario| I recently saw an animated short created by an atheist on YouTube. In this video, a bunch of theists were trying to tell an atheist about God. But then the theists began to threaten each other with weapons and argue over whose religion was right!

Not surprisingly, the atheist character came out as the level-headed one as he tried to calm everyone down and stop the violence. Although this cartoon caricatured religious people, it did reveal a bit about how some skeptics see religiously-motivated violence and why they so quickly reject a belief in God.

Today, it seems like a lot of the news stories we see tend to include reports of violence that are somehow linked to religion. So it’s no surprise that one of the objections skeptics raise is the evil and suffering that happens because of violent crimes motivated by religion.

In this post, I’ll share a couple of ways to navigate conversations with people who raise this kind of a challenge, but tend to lump Christianity in with every other world religion.

How can we respond when people say that the evils done in the name of God are the reason they say God isn’t real? Can there be a way forward that gets us into open conversations about evil, morality and the existence of God?

Maybe you’ve encountered an atheist friend or co-worker who says that militants working with ISIS, Al-Qaeda and other groups have very religious motivations for violating human rights. But this seems to presents a false dichotomy which downplays the uniqueness of Christianity.

Don’t go there. Don’t let the conversation be framed as an “atheists vs. theists” kind of thing. Don’t get stuck trying to defend religion in general. As you have the God conversation, it’s important to explain that Christianity isn’t just one of many traditions out there.

As I’ve previously noted in my 9/11 post on evil and religion, theists of any kind who do evil in the name of God are directly disobeying Jesus’ commands to love not only our neighbors, but even our enemies (Matt. 5:44; Lk 10:25-37). Of course, someone can say they follow Jesus and then turn around and violate someone’s human rights. But the Apostle John says you’re a total liar if you live like that (1 Jn 2:4).

In fact, Jesus’ commands have historically motivated his followers to establish hospitals and alleviate human suffering through countless humanitarian missions around the world. So, terrorists who wrap their evil actions up in religious terms don’t represent everyone who believes in God and they especially do not represent the teachings of Jesus.

Pointing this out is one way to respond to the observation that evil people can have religious motives for hurting others.

Beyond this, an atheist who raises this challenge seems to ignore the fact that there’s been terrible stuff done in the name of atheism, too. While all kinds of people are capable of great evil, this is especially obvious in the record of institutionalized atheism under Mao Tse Tung, Pol Pott, Lenin and Stalin and Khrushchev. Greg Koukl noted this exact thing in his post, “The Real Murderers: Atheism or Christianity?”

My point is not that Christians or religious people aren’t [capable of] …terrible crimes.  Certainly they are.  But it is not religion that produces these things; it is the denial of Biblical religion that generally leads to this kind of things.  The statistics that are the result of irreligious genocide stagger the imagination.

In other words, the capacity for evil is there in all of us. But the thing is, totalitarian regimes have perpetuated evils in a way that seems totally consistent with a naturalistic worldview which rejects the reality of objective good or objective evil.

Can we find enough common ground to have a meaningful dialogue with our atheist neighbors? Consider how non-religious motivations–like nationalism or racism–have resulted in a fierce outpourings of persecution and unspeakable violence against religious groups as well.

On an episode of the Table podcast on challenges to the existence of God, Dr. Darrell Bock shared a good example of this:

“The holocaust was a product in which religion—if I can say it this way—was the victim. It took it on the chin in the holocaust because someone was a particular race and held a particular religion. The goal was to wipe them off the face of the earth. And that wasn’t religiously motivated, that was motivated by something else. If we’re going to rank the most horrific things that have happened in our recent memory, certainly the holocaust makes 9/11 pale in comparison.”

Indeed, while the 9/11 terrorist attacks on New York and Washington D.C. resulted in the deaths of about 3,000 people in the United States, the unspeakable evil perpetrated by the Nazi regime against at least 6 million Jewish people easily ranks as one of the greatest atrocities in history.

Interestingly, Dr. Glenn Kreider replies to Dr. Bock’s comment on the podcast by suggesting that even this recognition may help create a space for conversations on the nature and origin of morality:

Most (atheists) would agree with us on that and would repudiate very similarly. So it’s a place where in the midst of a vitriolic attack, in the midst of great conflict, to say, “We’re on the same page here.” None of us wants to be a defender of the misuse of religion–any religion–and so we do have some common ground here in which we can stand.

If the common ground he’s talking about is the universal outcry against all kinds of injustice and oppression, then this realization seems to point to an objective standard of goodness that goes way beyond what cultures and societies construct. Perhaps this could this be a way forward, a starting point, for open conversation about biblical teaching on good and evil.

In the end, religiously-motivated evil isn’t an argument against the existence of God. And unlike naturalism, the biblical worldview actually recognizes the reality of objective evil. And it offers us a hope that looks forward to the final defeat of evil by a God whose very nature is the moral grounding for objective good.

This article was originally featured on the website of Apologetics Guy and was republished with permission.

How Atheism Fails To Explain A Beginning To The Universe