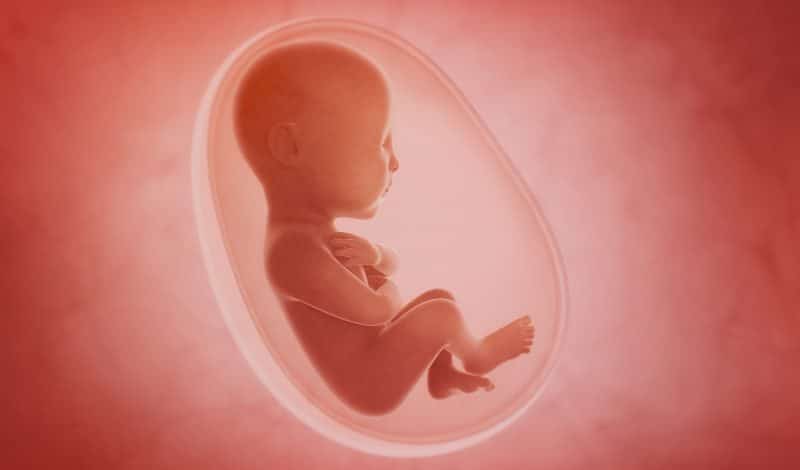 By John Ferrer| The Pain Capable Act (HR 1797, “Pain Capable Unborn Child Protection Act”), effectively banning abortion after 20 weeks, just passed the house this May (2015) and is set to go before the Senate. As of today it’s being reviewed in a judiciary committee and still has yet to pass Senate.  If children-in-utero do feel pain, then most (perhaps all) senate democrats and the President consider that a worthwhile cost in protecting late-term abortion as a right (20+ weeks).

Advocates for this bill have been accused of duplicitous motives, namely, an incremental attack aimed at abolishing abortion. Instead of seeking to reduce fetal pain or support women’s interests, so it is said, the aim is to repeal Roe vs. Wade and get rid of abortion-choice in America.

That accusation may be true or false but in targeting motives instead of laws and actions, it misses the mark. That tactic can be called the “motivational fallacy” for treating motives as if they, by themselves, are sufficient to decide the wisdom, truth, or goodness of a claim. While motives can matter, it’s not clear that they count for very much here. It is sufficient for the purposes of congress to seek to limit needless pain inflicted willfully and aggressively against innocent human beings.

Psychoanalytic conjecture about people’s motives is not the proper job of congress. Instead, their job is to pass and repeal laws. In this case, the law concerns the alleged pain of children-in-utero. This pain is, relatively, easy to legally prohibit thus discouraging, reducing, and perhaps ending it for the vast majority of endangered children-in-utero.

There are some roadblocks to this legislation however, not the least of these being the abstract nature of “pain.” Children in utero allegedly feel pain as early as 8 weeks gestation and at least by week 20. “Alleged” is the proper term here because the nature of pain is private, and there are some problems with quantifying pain as an object for legal analysis. One cannot extract pain, measure it out in a beaker, and divide it into parts.

It’s not a public object like that. It’s deeply private, being a subjective state of experience. There’s no amount of scientific analysis that can ever bridge the medical doctor or the lab technician into another person’s felt experience of pain.

Being a subjective experience, people can rationally doubt it’s existence for anyone besides themselves. This position would be extreme. But one is at liberty to doubt any other person’s pain. Some people exaggerate, imagine, or lie about their pain. It is rationally justified to doubt “the boy who cried wolf.” In other cases, people may experience real pain, but it’s private nature leaves it’s unverifiable in the public’s eye.

A friend of mine suffers from chronic pain. Her pain has defied medical diagnosis and yet it persists in a punishing debilitating way. Her own father remains skeptical to this day. He thinks it’s “all in her head.” Pain operates like this. It can be very real yet forever defy objective analysis. People can question each other’s pain and be perfectly rational in doing so.

When it comes to children-in-utero one can rationally doubt whether it feels pain since it’s felt experience of pain sensations is intrinsically private.

The Burden of Proof

This manner of objection, however, is deeply problematic. If we concede that it’s okay to cause what might be pain in a gestating fetus because we aren’t sure it actually feels pain then we have shifted the burden of proof the wrong way. The safe default position is to refrain from harming other human being unless otherwise justified beyond a reasonable doubt.

The heavier burden of proof lies on those who want to harm human beings. This is why we are to approach warfare with such reverent trepidation, and why some parts of the world have banned the death penalty altogether. It is not enough to think that humans probably aren’t being harmed; no, we must be sure that they aren’t being harmed.

This is the measure we use for administering punitive judgments against criminals. They are considered innocent until proven guilty. Before inflicting pain/harm/suffering on a criminal, we must prove that it is justified beyond a reasonable doubt.

In Philosophy, there is a skeptical problem termed the “Problem of Other Minds.” This problem refers to the difficulty, among hyper-skeptical theorists, in identifying whether and how other minds exist besides one’s own mind. While this problem plagues some philosophers, it doesn’t bother non-philosphers much at all.

Why is that? We have common sense knowledge that other people, who live and act in roughly comparable ways to our own experience, are probably real people. We do not start with universal doubt, rejecting everything that we can’t prove with 100% certainly. Instead, we start with a basic and common sense awareness of things.

We can even allow that there’s a possibility that reality is radically different from how it seems, but we don’t abandon our preliminary assumptions about other minds, or their experience of pain, unless some overwhelming reason is offered for doubting that operating assumption.

Now no one is asserting that children-in-utero have “minds” in any sophisticated sense, nor do we even need them to have a”mind” in any useful sense at all. If children-in-utero have the physiology correlate with pain, and if their behavior is known to mimic that of pain sensations, then we have sufficient reason for thinking that they can feel pain.

The burden of proof, remember, is on those who intend to permit inflicting pain on them. If they cannot show that the fetuses apparent pain is illusory then we are justified in assuming they actually feel pain.

Fetuses Have the Features for Feeling Pain

As it turns out, children-in-utero do have the material and active features corresponding to pain reception.

“At 20 weeks, the fetal brain has the full complement of brain cells present in adulthood, ready and waiting to receive pain signals from the body, and their electrical activity can be recorded by standard electroencephalography (EEG).” – Dr. Paul Ranalli, neurologist, University of Toronto

“An unborn baby at 20 weeks gestation “is fully capable of experiencing pain. … Without question, [abortion] is a dreadfully painful experience for any infant subjected to such a surgical procedure.” – Robert J. White, M.D., PhD., professor of neurosurgery, Case Western University

Many more medical professionals could be cited in support of this growing concensus. That is, children-in-utero have the neurology to receive pain signals through a comprehensive neural system linking to the thalamus (where pain reception occurs) as well as respond to those signals through their endocrinology  (hormonal release) and muscular systems (responding to environment, avoiding injury). All of these are present at least by the 20th week of development.

Specifically, children-in-utero are known to avoid forcepts, resist poking and prodding, squirm under the knife, and in the case of fetal surgery they have to be anaesthetized because they move as if they felt pain. Indeed fetal surgeons are required to administer anesthesia for fetuses 18 wks or older.

Moreover, we have reason to think that the fetal experience of pain is worse than comparable acts on neonatals.

[20 weeks development is a] “uniquely vulnerable time, since the pain system is fully established, yet the higher level pain-modifying system has barely begun to develop.”
– Dr. Ranalli

At a common sense level, everyone seems to feel pain at some point in their life, and we understand that it should not be inflicted needlessly on other human beings. We have a vast scientific knowledge about the material features of pain in the human body. The whole medical industry turns, in large part, on its ability to understand and treat pain. Generally speaking, pain is a problem to be solved, not a solution to be administered.

The essence of medicine is to reduce pain and harm and foster health and life where possible. These are the the complementary Medical principles of beneficence and non-malfeasance. It’s medically self-defeating to inflict pain unto death on a healthy human being with no medical benefit to that human being.

Given these reasons, it’s unethical and, perhaps, should be illegal, to cause pain unto death in innocent human beings where no medical benefit is intended for that human being. We have every common sense reason to believe that fetal human beings can feel pain at least by 20 weeks development.

It is our duty as a society to enact laws to minimize or abolish practices which intentionally inflict pain on otherwise innocent human beings. Such evidence would certainly weigh against slavery, or rape, or child abuse. In the same way, abortion after 20 weeks gestation violates the societal duty to not harm innocent human beings. Therefore, abortion at 20 weeks is unjustified with respect to fetal pain.

This article was originally featured on Abortion History Museum and was republished with permission.

6 Problems With The “My Body, My Choice” Argument

Why Rape Does Not Justify Abortion