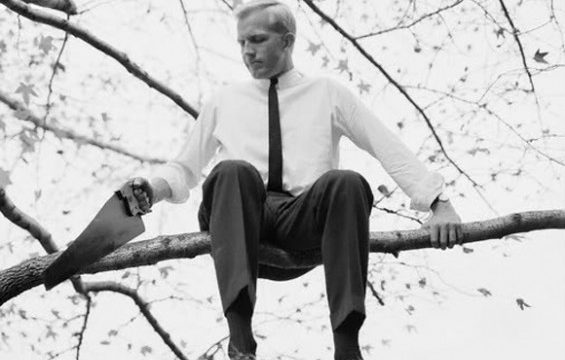 By Dr. John Ferrer| Apologists often assert that denying God or refraining from God-belief lead to some sort of logical contradiction.  That is, it’s self-defeating. This line of argument can go any number of directions. Some of these are more trustworthy than others.

But I figured it would help to review some of the potential ways that atheist-friendly ideas might prove contradictory.

1. Logical positivism and (2) The principle of verificationism

Logical Positivism (later also known as Logical Empiricism) is a theory in Epistemology and Logic that developed out of Positivism and the early Analytic Philosophy movement, and which campaigned for a systematic reduction of all human knowledge to logical and scientific foundations.

Thus, its principle of verification says a statement is meaningful only if it is either purely formal (essentially, mathematics and logic) or capable of empirical verification. [source]

Premise 1: According to logical positivism and the principle of verification, a statement is meaningful only if it is either purely formal (math or logic) or capable of empirical verification.

Premise 2: But that claim is neither a purely formal statement nor capable of empirical verification.

Conclusion: Therefore Logical Positivism and the principle of verification are self-defeating

Science, modeled on the natural sciences, is the only source of real knowledge. [source]

Premise 1: According to Scientism, science is the only source of real knowledge.

Premise 2: But that following statement is not itself scientific (it is philosophical).

The doctrine that nothing exists except matter and its movements and modifications. [source]

Premise 1: According to materialism, nothing exists except matter and its movements and modifications.

Premise 2: The meaning of that very sentence is neither matter, movement, nor modification. (Semantic meaning is immaterial.)

Empiricism is the theory that the origin of all knowledge is sense experience. It emphasizes the role of experience and evidence, especially sensory perception, in the formation of ideas, and argues that the only knowledge humans can have is a posteriori (i.e. based on experience).

Premise 2: That sentence does not originate from sense experience (i.e., that sentence entails causality, immaterial meaning, immaterial language, immaterial truth-relations, etc. none of which are substantially reducible to the act of or objects of sensory perception).