By George Mitrakos| I recently stumbled upon a video where one of the world’s most renowned biologists and opposer of the Christian faith, Richard Dawkins, made quite the statement concerning the authors of the biblical text.  Engaging in discussions to whether or not the bible is still relevant today, Dawkins flat out stated that the biblical writers were completely and utterly ignorant and lacking in comprehension regarding of how our world functions and operates.

This whole idea that the bible and science are disharmonious has led many to believe that the biblical narrative is nothing more than man’s ATTEMPT to explaining the means by which our world functions and how it has come into being. But is this really the case?

This article is written to serve the purpose of demonstrating to the reader that Jesus of Nazareth, along with those who took upon themselves the task of penning down a biography concerning his life on earth, were anything but ignorant. 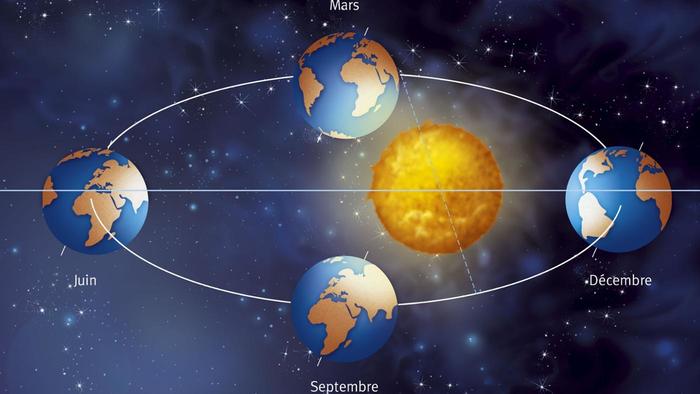 Some of the most direct evidence we have of the daily rotations of our planet is via a Foucault pendulum, which swings in the same plane as the Earth rotates underneath it. At either pole, the rocking plane reflects the Earth’s 24 hour period. Some of these rotations are detected at all other locations on the surface of our planet as well, except for the equator.

So what causes the cycle of day and night, and why don’t all countries experience day any night at the same time? The answer has to do with two facts: One, the Earth rotates on its axis as it orbits the Sun. And two, the fact that Earth’s axis is tilted.

What skeptics and disbelievers don’t tell you, however, is that Jesus alluded to such a scientific fact during his ministry 2000 years ago:

So although this event is described as being at night, we still see people taking part in daytime activities such as grinding at the mill. Many say that this cannot possibly point to a daytime setting because Jesus clearly used the phrase “in that night”.  Jesus would not be saying that two women would be grinding grain at the mill at the same time other women are sleeping in bed at night.

What he is saying is that it will be be night in one part of the world, Israel perhaps, while at the same time during the same ‘night’, two women will be grinding grain together at the mill. While the sun is set in the land of the Jews, Jesus describes that other parts of the world will be grinding at the mill (taking part in day time activities), pointing to the fact that some places will experience night during the time of the rapture and others will not.

So what we see is that Jesus was aware of the fact that day and night can occur simultaneously, which is of course due to our rotating spherical planet.

2. The moon reflects light, not its own light source

According to Universe Today:

When astronauts walked on the surface, they reported that it was dark grey, the color of pavement. Because of its dark color and bumpy surface, it only reflects about 12% of the light that hits it. Additionally, the amount of light we get from the Moon depends on the point of its orbit.”

Many within the Muslim community have used this argument for the backing of a specific qur’anic verse which, according to them, clearly displays that their holy book was aware of the mirroring effect of the moon. The problem is, they subsequently attack the biblical text by stating that Genesis describes the moon as having its own light.

Let us see what Jesus had to say about this:

“IMMEDIATELY AFTER THE TRIBULATION OF THOSE DAYS THE SUN WILL BE DARKENED, AND THE MOON WILL NOT GIVE ITS LIGHT, AND THE STARS WILL FALL FROM HEAVEN, AND THE POWERS OF THE HEAVENS WILL BE SHAKEN.” – MATTHEW 24:29

When we read this verse carefully, we can see that this passage talks about the sun’s light being extinguished AND THEN the moon not giving her light. The emphasis I am trying to draw you to is the order of these events.

This is because seeing the order of the way this verse is written, namely that the sun’s radiance is the first to be put out, we can conclude that the moon’s light is extinguished BECAUSE the sun’s light is out.  This tells us that Jesus and the Gospel writers were aware that the moon as not its own light sources.

3. The core of the earth is hot 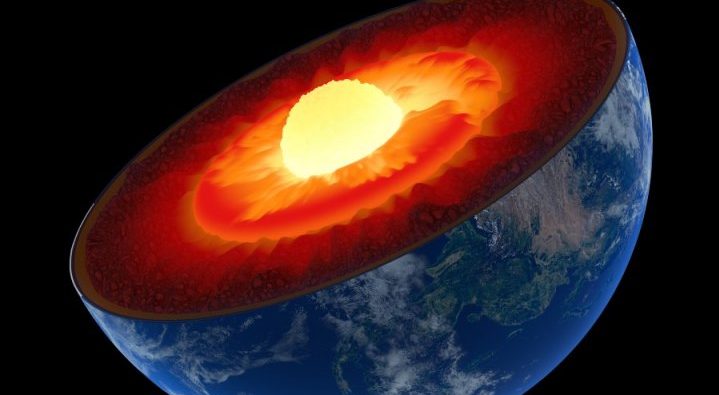 A team of scientists has calculated the temperature at the borderline of Earth’s inner and outer core — now estimated at 6,000 C(about 10,800 F). That’s as hot as the surface of the sun.

Quentin Williams, associate professor of earth sciences at the University of California at Santa Cruz offers this explanation in Scientific American for the heat of the earth’s core:

“There are three main sources of heat in the deep earth: (1) heat from when the planet formed and accreted, which has not yet been lost; (2) frictional heating, caused by denser core material sinking to the center of the planet; and (3) heat from the decay of radioactive elements.”

In the following passage, Jesus talks about hell as being “down”. Whether this is literal or symbolic, it shows us that Jesus was aware of this scientific fact which is what enabled him to draw a parallel from Hell as being hot the first place.

“AND YOU, CAPERNAUM, WILL YOU BE EXALTED TO HEAVEN? YOU SHALL BE BROUGHT DOWN TO HADES.” – LUKE 10:15

This place that is “down” is also said by Jesus to be “fiery furnace” (Matt 13:50) and a place of “unquenchable fire” (Mk 9:43).  Hell is always described as being somewhere “beneath” or “down” in the Bible.  In Ephesians 4:9 it says that Jesus “descended into the lower regions of the earth”, and that he has the keys of Hades (Revelation 1:18).

This may suggest to us that Hades (this place of fire that is “down”) is location in the lower regions of the earth.

An argument can be made from scripture that hell is an extremely hot lake of fire spiritual on another plane that is located somewhere in the core of the earth.  This fits in perfectly well with the scientific fact that the core of the earth is a boiling furnace of fire.

“Hematohidrosis is a condition in which capillary blood vessels that feed the sweat glands rupture, causing them to exude blood, occurring under conditions of extreme physical or emotional stress.” – Freddrick Z., Dr “Hematidrosis”

“Severe mental anxiety activates the sympathetic nervous system to invoke the stress-fight or flight reaction to such a degree as to cause hemorrhage of the vessels supplying the sweat glands into the ducts of the sweat glands.”  Jerajani, H. R.; Jaju, Bhagyashri; Phiske, M. M.; Lade, Nitin (2009).

“It has been suggested that acute fear and extreme stress can cause haematidrosis”. – Holoubek JE, Holoubek AB. (1996). Blood, Sweat and Fear: A Classification of Hematidrosis. Journal of Medicine 27: 115-133.

Within the following passage, prior to the death of the Nazarene, we see that Jesus was undergoing a great amount of stress and anxiety due to his imminent fate and destiny. As a result of this, the biblical author of Luke described the event as Jesus sweating drops of blood which is consistent with this condition.

“And being in agony he prayed more earnestly; and his sweat became like great drops of blood falling down to the ground.” – Luke 22:44

So Jesus literally cried tears of blood, and seeing as the author of Luke was a physician, it is interesting to see this kind of acute medical knowledge revealed in scripture.

“TRULY, TRULY, I SAY TO YOU, UNLESS A GRAIN OF WHEAT FALLS INTO THE EARTH AND DIES, IT REMAINS ALONE; BUT IF IT DIES, IT BEARS MUCH FRUIT.” – JOHN 12:24

These 3 individuals got together and penned a commentary of the biblical text which is now called “The Jamieson, Fausset, Brown Commentary of The Bible”. This is what they had to say concerning this verse:

“Except a corn of wheat fall into the ground and die, it abideth alone; but if it die, it bringeth forth much fruit—The necessity of His death is here brightly expressed, and its proper operation and fruit—life springing forth out of death—imaged forth by a beautiful and deeply significant law of the vegetable kingdom. For a double reason, no doubt, this was uttered—to explain what he had said of His death, as the hour of His own glorification, and to sustain His own Spirit under the agitation which was mysteriously coming over it in the view of that death.”

Although this passage is clearly attempting to demonstrate a spiritual truth, we know that Jesus Christ used many observable facts in nature to aid him in bringing forth mystical and theological points.  In the above mentioned verse Jesus displays to us two important concepts in biology:

1) Cells arise only from existing cells.

No Dawkins, the Gospel writers were not dumb. 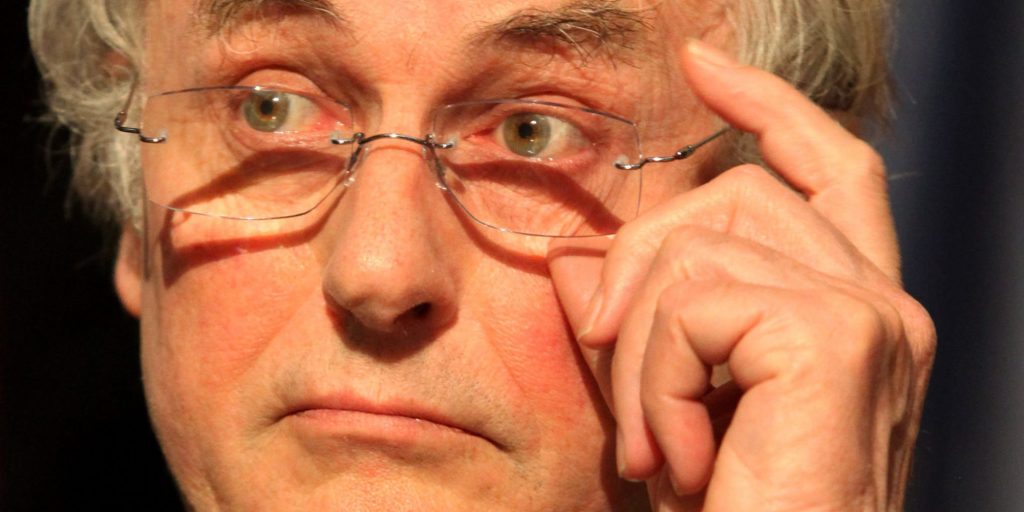 The above mentioned scientific points are limited to the gospels, but there exists a great number of other scientific facts throughout the Old and New testaments which will be discussed in a future article.

Taking these five facts into consideration, people should not be so quick in stating that Jesus and the biblical writers were nothing but ignorant dessert roaming Jews harbouring no knowledge concerning the workings and processes of our world.

The Gospels contain some information that exceeds the common knowledge during that time period.  At the very least it is interesting, at the most, impressive. 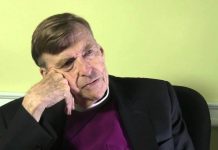 Did Jesus & His Disciples Speak Greek?

Was Jesus Baptized? Historical Evidence For His Baptism