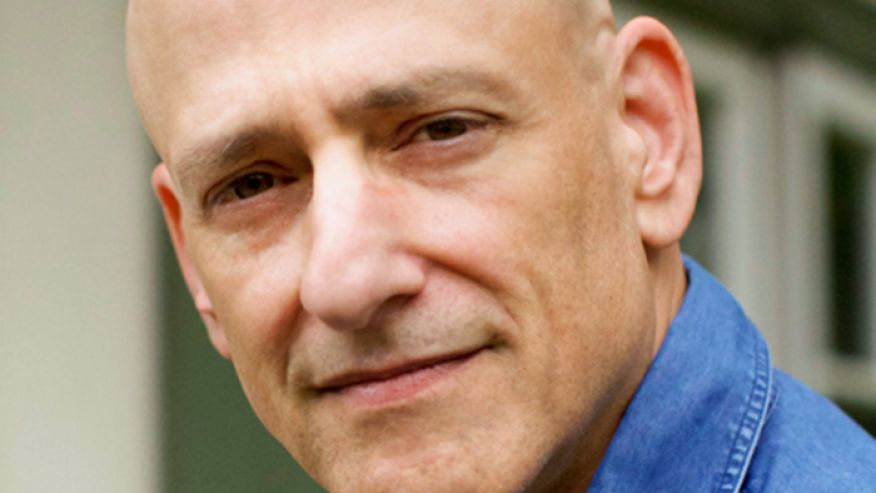 By James Bishop| Andrew Klavan is a well-known author and commentator (1). He boasts internationally bestselling novels True Crime, filmed by and starring Clint Eastwood, and Don’t Say A Word, made into a film starring Michael Douglas. Klavan has also been nominated for the Mystery Writers of America’s Edgar Award five times and has won twice, and his books have been translated around the world (2).

Klavan has since done a hugely informative interview with the organization Jews for Jesus (3). Jews for Jesus is a group of Jewish people who have come to realize that Jesus is the Messiah, and they haven taken it upon themselves to share this good news with others.

Klavan left the faith of his childhood behind to live most of his life as an agnostic in the secular, sophisticated atmosphere of New York, London, and Los Angeles. He does, however, recount that he believed in God when he was a child, “I guess I had the usual kid’s relationship with God. “Hi, God. Help me. Give me stuff.” That sort of thing. I remember calling out to him in times of trouble. But I don’t think my belief ran particularly deep. I certainly never associated him with religion or my religious training.”

However, after his bar mitzvah he says that he was “done with the religious part of Judaism. Or any religion.” But even though he would identify as a secular he “was always comfortable as a cultural Jew, though. I kind of liked being a bit of an outsider in that way. It didn’t mean very much to me but it was there. As for God, as I became more of an intellectual, I became an agnostic. For a brief, though important time, I was an atheist.”

Klavern felt a tinge of guilt because he received thousands of dollars worth of gifts at his bar mitzvah and really loved them (3). But some months later he became ashamed of them because he realized that he had essentially lied in order to get them. This is because by participating in a bar mitzvah a Jewish boy is entering not only the Jewish community as someone who is responsible for his own actions, but he is also entering the Jewish faith as someone who is ready to observe the precepts of the faith and take part in public worship.

However, Klavan had no intention to ever do these things expected of him and, quite understandably, felt that his entire bar mitzvah was a lie. As a result he threw away the gifts that he received.

Klavan explains that he started reading the Bible when he was just 15. He did not read the Bible because he had any actual intention of seeking God; rather, he read it because he wanted to be a writer and, quite rightly, saw the Bible an important work of literature that has influenced not only billions of peoples lives but countries and nations too. He recounts how this resulted in conflict with his dad,

“One day my father walked into my bedroom without knocking and caught me reading Luke’s Gospel. He was livid. He told me if I ever thought of converting he would disown me.” This struck him as strange because his dad was himself not religious at all especially when it came to the religious aspects of Judaism. One could speculate that the reason for his father’s anger was most likely because his father understood how important the religion of Judaism is to Jewish culture. Thus, he thought that by dabbling in another religion, or worse yet converting to another religion, his son would essentially be rejecting his heritage.

Klavan would also meet the Jesus of the gospels as a result of him having such an interest in the Bible as a work of literature, “I knew who Jesus was, of course. I had plenty of Christian friends and he was all around in the culture. But I think my first serious engagement with him was literary. When I was about fifteen, I read the King James Bible—not religiously, but because I wanted to be a writer and I knew it was a seminal work of literature, like Shakespeare’s plays.”

Jesus seemed to interest Klavan because he was a figure of such importance in Western thought though this interest didn’t extend to spiritual pursuits, “I wanted to explain him, to interpret him, to understand why he stood at the center of everything. But again, it was an intellectual and literary endeavor, not a spiritual one.”

But the historical Jesus would prove to be more than just another character of history; he began to impress Klavan the more he studied him, “If you think of God as a great city you have to explore, it was like, every street I walked down, there was Jesus waiting for me.” This, he explains, urged him to begin praying although prayer was something he left behind many years ago, “No one could’ve been more surprised than me, really. I had started to pray—almost off-handedly, almost as an experiment.” Klavan says that over time he could begin to see changes happen in his life,

“But the effect of it on my life was huge. In fact, over the course of, say, three or four years, I realized that steady personal prayer had changed and improved my entire life, inside and out. And I was humbled by that, you know, and I sort of said to God, “Dude, you’ve done this incredible thing for me, and I’d like to do something for you. But I’m just me and you’re, like, God. What can I possibly do?” And the answer came back to me almost instantly: I had to get baptized. And I was, like, “You gotta be kidding me! Do I even believe in that?” But when I started to think it through, I realized that I did.”

So, Klavan would get baptized at the age of 50 and explains how this frightened him given his nominal Jewish background, “One of my biggest fears confronting baptism—took me five months to work through it—was I didn’t want anyone to think I was turning my back on Jews, trying to escape my Jewish identity. The default mode with some Jews is to assume you’re trying to “pass as gentile” or blend in or that you hate your Jewishness and are joining the enemy. All understandable, because the Jews are the most mistreated group of people on the face of the planet and some of that trouble has come out of Christian sources, which stinks.

Oddly, though, accepting Jesus made me feel more Jewish than I ever had, religiously at least. I had no connection to the Old Testament particularly, until I accepted the New.”

Today Klavan is a confident and outspoken Christian and has since penned a book titled ‘The Great Good Thing: A Secular Jew Comes to Faith in Christ’ in which he speaks at length about his conversion. To learn more about Klavan be sure to check out his personal website.