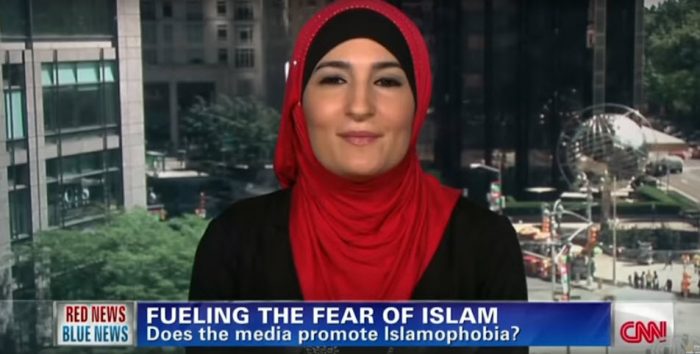 By James Bishop| I don’t agree on much with anti-theist Richard Dawkins but perhaps in one area we can find some common ground, and that is that religion does not deserve a pedestal. In one interview Dawkins explains that

“We’ve all been brought up with the view that religion has some kind of special privileged status. You’re not allowed to criticize it. And therefore, if you offer even a fairly mild criticism, it really does sound strident, because it violates this expectation that religion is out of bounds” (1).

I agree, though it is no secret that Dawkins goes a few steps too far in his assault on religion to the extent of becoming bigoted and vitriolic. However, Dawkins and I agree that freedom to criticize false beliefs and bad ideas is necessary. To criticize does not mean to belittle or deliberately insult, rather it means to analyze claims, and separate the bad ideas from good ones.

Think of it likes this: over the years I have criticized beliefs and interpretations held by my fellow Christians that I don’t think are very good ones. I feel obligated to do so. But that doesn’t mean I set out to deliberately offend and insult them. To criticize is not an attempt to belittle.

In 2006 many within the Islamic world responded in anger to the 12 Danish cartoons of the Prophet Muhammad. The response was worldwide and diplomatic responses were had in the official United Nations discussions, and there would be numerous international boycotts, as well as the threatening of innocent embassy personnel. The threats and violence ventured into the realms of the extreme.

For instance, in Gaza several gunmen occupied a EU office, and subsequently demanded apologies from Denmark and Norway (a publication in Norway would also go on to print the cartoons). Protesters declared war on Denmark and burned Danish flags. Further, several Arab interior ministers meeting in Tunis asked that “the Danish authorities to take the necessary measures to punish those responsible for this harm and to take action to avoid a repeat” (2).

Libya and Saudi Arabia recalled their ambassadors from Copenhagen, while in Saudi Arabia two employees of the Danish company Arla Foods were beaten by demonstrators. Arla Foods would also face a boycott within the Islamic world. As a result of the cartoons some 139 people would be killed with an injury toll far exceeding that number (3).

The cartoonists also live under death threats, however, all of this shouldn’t come as a big surprise because the Islamic world is full of similar responses to religious sensitivities. Some 70 years ago Islamic radicals murdered an Iranian lawyer by Ahmad Kasravi in court where he was defending himself against charges that he had attacked Islam (4).

Just four years later radicals assassinated Iranian prime minister Haji-Ali Razmara after a group of Muslim clerics issued a fatwa calling for his death (5). Somewhat more recently, an Egyptian writer by the name Faraj Foda was murdered because radical Muslims were angered over his “apostasy” from Islam (6).

It has been pointed out that capital punishment for turning one’s back on Islam is consistent with Islamic scriptures (Koran 4:89, also see Sahih al-Bukhari, 9:83:17, 9:89:271, 4:52:260), and is the basis for the extreme violence against apostates. In 1994 another Egyptian, this time the Nobel Prize-winning novelist Naguib Mahfouz, was stabbed in the neck after accusations of blasphemy (7).

He luckily survived but suffered permanent damage which affected his writing career. There was also the Ayatollah Khomeini’s death fatwa against the novelist Salman Rushdie (8). So, the reactions to the cartoonists was hardly a unique one. In fact, even American president Bill Clinton chimed in lambasting “these totally outrageous cartoons against Islam” (9).

He would then ask, “So now what are we going to do? … Replace the anti-Semitic prejudice with anti-Islamic prejudice?”

And this is where we find the problem. The cartoons were far from any manifestation of anti-Islamic prejudice. Criticizing Islam and/or the Prophet Muhammad is not and should not be compared to anti-Semitism, or any illegal activity whatsoever. After all, Islam is not a race. Being able to criticize Islam, or any religion or philosophy, is a product of freedom of speech.

No person or ideology is ever to be seen as off-limits to critical examination. What happens when we exempt an ideology and/or person from criticism? North Korea is what happens. That country has become one of the most repressive in the world. Human rights violations are widespread including extermination, murder, enslavement, torture, imprisonment, rape, forced abortion, and other sexual violence (10). That is what can happen if we do away with freedom of expression.

Freedom of expression entertains the freedom to offend and to disagree. To deny one the freedom to criticize religious and non-religious beliefs is to deny a fundamental human right. But it is a necessity for a successful society. It allows for moral and intellectual progress and development to take place within society.

If not for freedom of speech women would not be voting, gays would not be allowed to marry, and many labourers would continue to struggle in terrible working conditions. Imagine if our western scientists, historians, and philosophers were denied freedom of expression.

How would any progress be made in their fields or in our universities and places of higher learning? Thus, as soon as we do away with freedom of speech we can do away with basic human rights. It would be death for a free society.

Islam is no more exempt from criticism than is atheism or Christianity. It is not racist nor bigoted towards Christians to criticize Jesus or Christianity, and neither is racist or bigoted towards Muslims to criticize Muhammad or Islam. It is sad that no-one stood up for Denmark to defend freedom of expression. After all, we shouldn’t allow freedom of expression and inquiry to be cowed into silence by intimidation.

3. Hardin, L. 2006. How one of the biggest rows of modern times helped Danish exports to prosper. Available.

5. Zabih, S. 1982 “Aspects of Terrorism in Iran” in Annals of the American Academy of Political and Social Science. International Terrorism. 463: 84–94.

5 Major Reasons I Am Not A Muslim

A False Christ: 10 Major Differences Between Jesus In Islam &...