Home Bible Who Wrote The Gospel Of Luke & Acts? 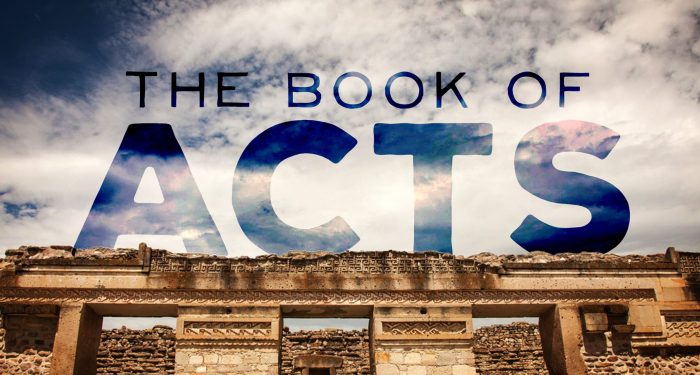 By Brian Chilton| In this article, we consider the Third Gospel, the Gospel of Luke. Who wrote the Gospel? What clues do we have from the internal and external evidence, the date, and the location and audience?

Traditionally, Luke is proposed as the author of the Third Gospel. Luke was a physician and an associate of Paul the apostle (Col. 4:14; Philemon 24).

1. First and most noticeably, the author of the Third Gospel writes to one “Theophilus” (Acts 1:3)[1] and seeks to provide an “orderly sequence” (Acts 1:3) of the life of Jesus, after having had “carefully investigated everything from the very first” (1:3) according to what the “original eyewitnesses and servants of the word handed down” (Acts 1:2). From this information, one can gather that the author was not an eyewitness of the events of Jesus’s life.  But, the author had access to those who had.

2. Second, the author of the Third Gospel also authored the book of Acts. The level of detail and precision, writing style, the similar address to Theophilus, as well as the connective clause in the first of Acts connects the two works to the same author.[2]

4. Fourth, the author focuses on Jesus’s ministry to the Gentiles and to the outcasts of society. The Sermon on the Plain is preserved in the Third Gospel. There the author notes that people came to hear Jesus from all around. The author notes that many of the people who heard Jesus were Gentiles from the region of Tyre and Sidon (Luke 6:17).

6. Sixth, because of the author’s involvement with the book of Acts, one can deduct from the “we passages” that the author was a close associate of the apostle Paul. For instance, the author of Acts writes that “When it was decided that we were to sail to Italy, they handed over Paul and some other prisoners to a centurion named Julius, of the Imperial Regiment” (Acts 27:1).

7. Finally, the author had access to a great wealth of Jesus’s teachings that are not found in the other Gospels. For instance, it is only in the Gospel of Luke that one reads the Parable of the Good Samaritan and the Parable of the Lost Son. The author would have needed to have access to multiple eyewitnesses to be able to possess such knowledge and to be able to construct the orderly account that he did.

All in all, the internal evidence strongly points to someone of the caliber of Luke, the physician. Luke would hold the educational background, the eyewitness access, the resources, and the training needed to construct both the Third Gospel and the book of Acts. So far as I am concerned, I do not believe there are any other contenders.

Why choose a non-eyewitness who was a Gentile[3] for the author if it had not been so?

Externally, the early church is unanimous that Dr. Luke wrote the Third Gospel and the book of Acts. Irenaeus (c. 130-202) writes, “Luke also, the companion of Paul, recorded in a book the Gospel preached by him.”[4] Often, Irenaeus will add “Luke also, the follower and disciple of the apostles”[5] before quoting Luke’s Gospel.

Justin Martyr (c. 100-165), before quoting from the Gospel of Luke and the other Gospels, notes that “the apostles, in the memoirs composed by them, which are called Gospels, have thus delivered unto us what was enjoined upon them.”[6] Since the Gospel of Luke was written by a Gentile, Marcion, the ancient heretic, only allowed an abbreviated form of Luke’s Gospel in his canon.

Irenaus notes that “Marcion, mutilating that according to Luke, is proved to be a blasphemer of the only existing God, from those [passages] which he still retains.”[7] From the evidence by the early church, Dr. Luke is the only valid candidate for authorship of the Third Gospel.

Luke-Acts comprises about 60% of the New Testament’s content. Luke writes to the influential Theophilus, a man of great standing and prominent status. Theophilus may have supplied the resources for Luke and Acts to have been written. The cost to produce a book the size of Luke would have been around $6,000 according to modern U.S. currency. Acts would have cost nearly the same. The entire product of Luke-Acts would have cost somewhere in the ballpark of $12,000.

Thus, a man with the means of Theophilus was used by God to fund the ancient two-volume work we find in the Gospel of Luke and the Acts of the Apostles which was written and compiled by a man with Dr. Luke’s resources and educational background.

From the internal evidence, one discovers that the author of the Third Gospel must have been quite educated and knowledgeable concerning medicinal matters. The style of writing was quite exquisite, noting that a man of profound knowledge compiled the Gospel. The association that the Third Gospel holds with the book of Acts illustrates the association that the author had with the apostle Paul due to the “we passages” in Acts.

The external evidence unanimously holds Dr. Luke as the author of Luke-Acts. No other contenders exist. Luke’s involvement with the Gospel of Luke-Acts is documented by Justin Martyr, Irenaeus, Papias, and others.

Luke-Acts is written for an influential man named Theophilus from whom Luke may have received funding for this writing endeavor. Theophilus may have been a new convert and was financially able to affront the funds and materials necessary to Luke. Luke, himself, would have been a man of great means, as well.

Compiling all the information we have before us, Dr. Luke—the physician and co-worker with the apostle Paul—is the only viable candidate for the authorship of the two-volume work known as Luke-Acts.

[2] Acts begins with the words, “I wrote the first narrative, Theophilus, about all that Jesus began to do and teach” (Acts 1:1).

[3] Luke is named among those who were uncircumcised in Colossians 4:11. Only Aristarchus, Mark, and Justus were the circumcised co-workers of Paul. Dr. Luke is listed in verse 14. 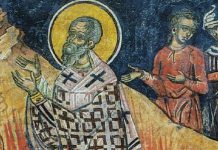 Why Do We Have A New Testament?