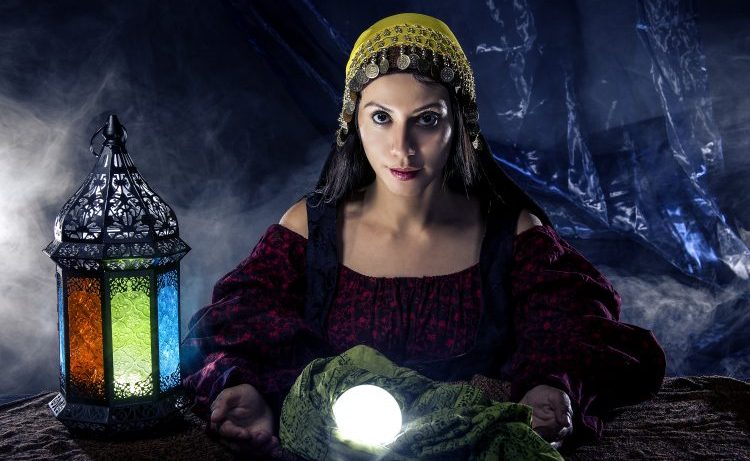 By Marcia Montenegro| Television psychic hotlines and shows featuring psychics have become more popular. Psychics (sometimes called clairvoyants) will tell you that everyone has psychic ability which can be developed. Just who are these psychics to tell us what is normal? Shouldn’t we examine their practices, ideas, and claims, and see what God has to say about all this first?

How They Claim To Do It

Psychic ability is developed by learning to get into an altered state of consciousness (a light trance) and opening one’s mind and self to supernatural forces. The most common way one learns to do this is through certain forms of meditation or visualization (normally preceded by relaxation and/or breathing exercises) or through the use of occultic tools such as an astrology chart, a crystal ball, a numerology chart, etc., which seem to spontaneously trigger such altered mind states.

In psychic development classes in which the writer once participated, students are taught to practice various techniques of meditation, focus and visualization; sometimes this includes contacting a ‘spirit guide’ from another dimension. Some go deeper into this state and become a medium or channeler. They lose conscious awareness and allow a supernatural entity to take over their body and speak through them (a medium thinks the spirit is a dead person; a channeler believes it is a being from another realm, or possibly a space alien).

A psychic normally maintains awareness while receiving the information. Once these techniques are mastered, it becomes very easy to ‘slip’ in and out of such a state at will. Visiting the county library, this writer found several books on the occult that give instructions on how to use a crystal ball, read tarot cards, etc. The instructions emphasize going into a meditative or trance-like state in order to more effectively use these tools. Where do psychics think the information comes from? Not all psychics agree, but generally they believe one or more of the following:

1. They are tapping into an energy field which contains the information.

2. They are accessing a type of psychic central records division called the Akashic
Record which contains all information about the past, present and future.

3. They are receiving the information from the client’s ‘higher self’ which has access to information pertinent to that client.

4. The information is coming from the psychic’s spirit guide or from God.

5. There are psychics, such as the late Jeanne Dixon, who discover this ability as a young child. Interestingly enough, these discoveries are often made after visits to psychics, palm readers, or perhaps playing with a Ouija Board. Or there are family members who have been involved in the occult and introduce the child to it. It is rare that such discoveries are made in complete isolation from other occult activity.

Well, if the information is correct, what is wrong with consulting a psychic? After all, don’t we hear about the police using psychics in investigations? God tells us very clearly to seek Him, not psychics, mediums or channelers for advice. “When men tell you to consult mediums and spiritists who whisper and mutter, should not a people inquire of their God?” (Is. 8:19a) The apostle Paul, in Acts 16, casts out a fortuneteller’s demonic spirit who was giving her this power. Having correct or helpful information does not justify disobedience to God.

We do not know the true success rate of the police use of psychics; usually only the successes are publicized by the psychic herself/himself. The police are obligated to listen to clues from anyone, even psychics. If psychic ability is a supernatural gift, it is not a gift from God; God does not give gifts he also condemns (“Every good and perfect gift is from above, coming down from the Father of the heavenly lights, who does not change like shifting shadows,” James 1:17).

When one takes steps to develop telepathy, ESP, or other psychic abilities, one is opening the door to dangerous forces. As this writer’s psychic abilities expanded, so did the frightening experiences. Many of this writer’s friends and associates in the occult often had similar experiences. In fact, it is common practice for a psychic to call on benevolent protective forces or to visualize ‘white light’ (supposedly for protection) before practicing a psychic technique, doing a reading or spirit contact.

What do they think they are protecting themselves from? By doing this, the psychics acknowledge the existence of evil or harmful beings, but how do they know these beings are not disguising themselves as benevolent spirits or guides? What law says a white light is a barrier to evil entities? Why would such a light keep out any spirits?

Maybe the evil entities have been laughing all these years at this flimsy ‘protection’ as they fed false information to the psychics and pretended to be helpful. And why shouldn’t they? What would they have to lose? God already called this one when He wrote that Satan disguises himself as an “angel of light,” (2 Corinthians. 11:14).

Prophecy and the Acid Test

What about Biblical prophecy? God’s prophets were not using psychic ability, but were given the information directly by the Holy Spirit or in God-given visions. The prophets did not use techniques or seek out ways to develop supernormal powers. Most importantly, Biblical prophecy glorified God and proclaimed His words and messages. Psychic power is Satan’s counterfeit of God-given prophetic ability and does not lead those involved towards Christ, but rather further away, often denying Christian doctrine.

Psychic power in the Bible is described as having a familiar spirit, being a medium, being a soothsayer, or being a fortune-teller, among other terms. The Hebrew and Greek words for these terms are different from the Hebrew and Greek words used to describe prophecy or speaking in the power of the Holy Spirit. Divination, the art of retrieving hidden information with occult methods or paranormal powers, is linked with psychic ability and strongly condemned throughout the Bible. (See Deuteronomy 18:10-12; Leviticus 19:31, 20:6; I Chronicles 10:13-14; Is. 2:6; Daniel 2:27-28a).

God gives us the acid test in Deut. 18:21-22 to use for prophecy: If the prophecy is not 100% accurate, the prophet is not from God. This writer, who once was involved in the occult and in psychic activity, was often told by psychics that a really good psychic on their best day might be about 85% accurate. No psychic claims 100% accuracy 100% of the time.

Another test: If someone gives accurate information or foretells an event from dreams or visions, but then leads you away from the Biblical God, you should reject that prophet or visionary (Deut. 13:13). There is no way around it: when psychic ability is put to the test, it falls on its face.

Consulting a psychic, in person or by phone, for ‘fun’ or out of curiosity, according to the principles God gives us, should be avoided. You may discover that, in the long run, the information seems helpful only temporarily, and you will start using the psychic to make up for your own inability to cope and make decisions. You may also start relying on the psychic as a counselor to listen to your problems.

The prophet Daniel said it best, “No wise man, enchanter, magician or diviner can explain to the king the mystery he has asked about, but there is a God in heaven who reveals mysteries,” (Daniel 2:27), for it is God who “alone has all wisdom and power,” who “reveals deep and mysterious things and knows what lies hidden in darkness, though he himself is surrounded by light,” (Daniel 2: 20, 22).

And Jesus, the God-man, who is “the wonderful wisdom of God,” (I Corinthians 1:24b), said ,”I am the bread of life….I am the living bread that came down from heaven. If anyone eats of this bread, he will live forever. This bread is my flesh, which I will give for the life of the world,” (John 6:48,51). Jesus has wisdom that encompasses the universe, which he sustains (Hebrews 1:3). What psychic ability compares to this?

This article was originally featured on the website of CANA and was republished with permission.  The writer previously participated in psychic development & similar classes which taught spirit contact, meditation, seeing auras, communication with the dead, psychic healing, & telepathy, among other things.