Home Jesus Did Jesus Have A Wife? “The Gospel Of Jesus’ Wife” Hoax Debunked 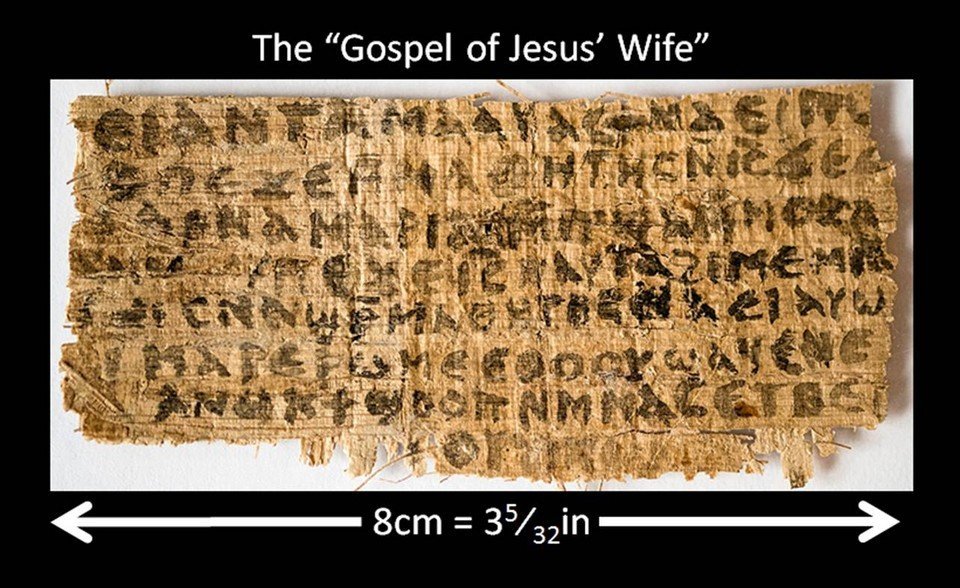 By Mikel Del Rosario| So your skeptical friend just heard about something called, “The Gospel of Jesus’ Wife.” But unlike the fiction Dan Brown created in the Da Vinci Code, this wasn’t in a movie or a novel. She just caught another sensational segment on the evening news talking about how controversial this new find is and now she’s wondering, “Did Jesus have a wife?”

This fragment really isn’t rocking anyone’s world. Especially in the academic community. In fact, Karen L. King, the Harvard Professor who actually presented this at the Tenth International Congress of Coptic Studies said:

So this is all about later, Egyptian views about who Jesus was; not about the historical Jesus of the 1st century.

In this post, I’ll share a simple way to respond to this fragment. Because we’ve only got two real options here. But first, here’s what scholars are saying about the fragment itself.

I got an e-mail about this from Dr. Dan Wallace as soon as this hit the nightly news.  Later, he expanded on his initial thoughts on his blog, saying:

“Does this fragment prove that Jesus was married? The answer is an emphatic no…it says nothing about true history, about Jesus of Nazareth.”

He says that if this thing wasn’t faked (Gospel of Jesus’ Wife Looks More and More Like a Fake), one possibility is that it’s a Gnostic source (basically a totally different religion) which meant something other than real marriage here (since they weren’t big into physical stuff being good).

Another possibility is that it’s talking about the church as Jesus’ wife, kind of like John does in the book of Revelation. Other scholars like Dr. Darrell Bock and Dr. Gary Habermas agree, saying there just isn’t an awful lot of context here to even figure out what the author was trying to say.

How I Answer, “Did Jesus Have a Wife?”

So what can you say to a skeptical friend who asks you, “Did Jesus have a wife?” Seems like I’ve been hearing this question off and on for a while now. Sometimes, it comes in the form of a possibility: “Isn’t it possible that Jesus had a wife?”

I usually agree, which sometimes surprises people and grabs their attention. I say, “Sure. Anything’s possible. But the question is, are there any good reasons to believe that the historical Jesus of Nazareth really had a wife?” If you want to be confident in conversations about this fragment, here’s what I suggest.

Blow past the headlines and get the hard facts. There are a whole bunch of Web sites covering The Gospel of Jesus’ Wife, but this short post on Talbot School of Theology’s The Good Book Blog will give you the skinny on this fragment (which despite it’s sensationalized name, really isn’t a gospel) that’s basically the size of business card.

Dr. Darrell Bock was recently quoted by CNN as saying:

“It’s a small text with very little context…It’s a historical curiosity but doesn’t really tell us who Jesus was…It’s one small speck of a text in a mountain of texts about Jesus.“

Indeed, even if this fragment turns out to be real, there are over 5,000 New Testament manuscripts and other ancient sources outside the Bible that talk about Jesus. None of these sources indicate that Jesus ever had a wife.

And if you’re really interested in the historical Jesus, you know that the four traditional gospels–Matthew, Mark, Luke and John–were recognized as the most accurate biographies of Jesus by A.D. 125. It’s really these ancient documents that give us the very best picture of Jesus’ life and his teachings.

How History Answers, “Did Jesus Have a Wife?”

So did Jesus have a wife? The best ancient, documentary evidence for the historical Jesus says “no.” As historian Dr. Mike Licona observes:

The most powerful evidence that Jesus was single comes from a deafening silence. In 1 Corinthians 9:5 Paul writes, “Do we [i.e., Paul and Barnabas] not have a right to take along a believing wife, as do the rest of the apostles, the brothers of the Lord, and Peter?” It appears that all of Jesus’ disciples, all of his blood brothers, and even the lead apostle, Peter, were married. If Jesus had been married…we certainly would expect for Paul to have mentioned it here, since it would have provided the ultimate example for his point”

A Simple Response You Can Use

So what can you say when someone asks you, “Did Jesus have a Wife?” after hearing something about this fragment? Let me share a simple response to The Gospel of Jesus’ Wife. You don’t have to be a historian or a scholar to say this. It’s easy to remember and something you can use today. Tell your skeptical friend that when it comes to this little fragment, we’ve only got two real options here:

As Christians, it’s important that we’re able to honestly look at something like this fragment without it messing with our faith. After all, if it’s fake, no one should care. If it’s a real 6th century fragment, it could help us learn more about the kinds of things some Egyptian Gnostics were writing in Coptic hundreds of years after any of the actual eyewitnesses of Jesus’ life and teachings.

Other Comments on the Fragment

MSNBC: “One the most suspicious grammatical errors in the Gospel of Jesus’ Wife appeared to be a direct copy of a typo in the PDF file version of the Interlinear translation (of the Gospel of Thomas)”

More: See how Dr. Mark Goodacre compares the fragment text to the PDF.

Still More: Read Leo Depuydt’s conclusion Harvard Theological Review. “The author of this analysis has not the slightest doubt that the document is a forgery, and not a very good one at that.”

Boston Globe: King responds to the alleged grammatical error and forgery charge: “such a combination of bumbling and sophistication seems extremely unlikely.”

Huffington Post: “Scientists have concluded the fragment dates back to at least the sixth to ninth centuries, and possibly as far back as the fourth century.” Still, 6th to 9th century is way too late to tell us anything about the historical Jesus. Furthermore, there is no external or internal evidence suggesting this goes back to the 2nd or 4th century. According to Dr. Bock, “It is a suggestion based on when these discussions commonly arose. That is all it is.”

“The Gospel of Jesus’s Wife was one of several fragments which were announced by Karen King.  There was also in this group of fragments a fragment of the Gospel of John in Coptic. Just recently, when I gazed upon Karen King’s Coptic John fragment, what I saw was immediately clear.

Not only were the writing tool, ink and hand exactly the same as those of the Gospel of Jesus’s Wife fragment, but also the method of composition was the same. As I looked at Karen King’s Gospel of John fragment, I finally saw that it was clearly copied (by the forger) from Herbert Thompson’s 1924 edition of Codex Qau.  Indeed, the Gospel of John fragment had exactly the same line breaks as Codex Qau – a statistical improbability if it were genuine.”

This article was originally featured on the website of Mikel Del Rosario and was republished with permission from the author. 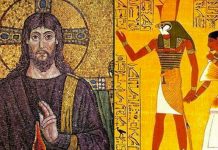 How Can Jesus Be God If He Died?