Home Bible 5 Ways Jesus Was Worshiped During His Ministry 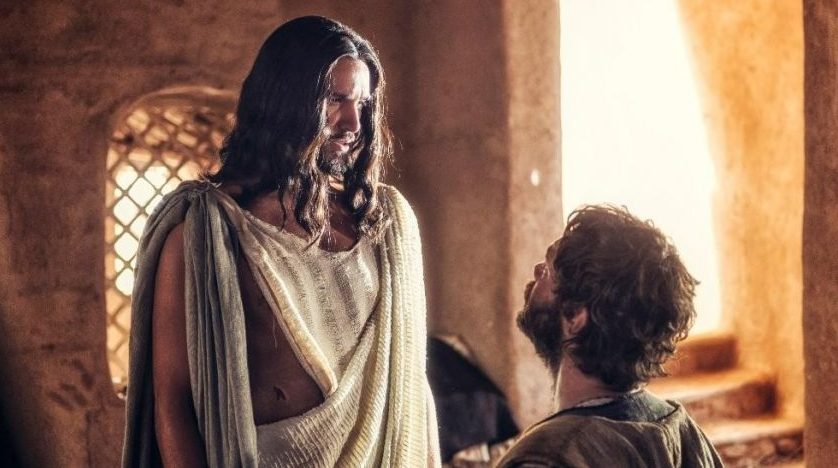 By George Mitrakos| On January 5th 2015, there was a video that was uploaded on YouTube by a channel that goes by the name of Talk Islam. As its title and content clearly demonstrates, it seems to have been produced to serve the purpose of being a direct response to Jefferson’s Bethke’s brilliant work called why I hate religion, but love Jesus.

Within his video, Talk Islam takes upon himself the task of displaying to the masses the hypocrisy of the Christian church and attempts to prove that worshiping Jesus is unbiblical.

Within 2:30 seconds of his content, the author states “See, no one used to worship Jesus, so ask yourself why do you?” This argument is by no means limited to this video, seeing as it is a very common point which divinity-deniers bring up against Christians. However, in view of the fact that this audio-visual has accumulated well over 3 million views and that countless eyes have been exposed to this video, it seems fit to address this issue by extracting it from Talk Islam’s own video:

So let’s take a look at the claim that Jesus was never worshiped and see if it holds any water.

Here are 5 points which we are going to discuss in this article:

1. Only God should be worshiped

Before we get into the events where Jesus received and accepted worship, we must first establish a proper scriptural lens by which to read such passages. And what better place to start then when Jesus clearly demonstrated to the world that only God is to be worshiped.

After Christ’s baptism, Jesus was led by the Holy Spirit into the wilderness to be tempted by Lucifer. When we come to read the last of these temptations, we see that Satan promises Jesus the possession of all the kingdoms of the world and their glory, for the simple price of rendering worship unto him. Jesus then goes on to tell him that no one is to be worshiped but God only. The 2 key things that one must note here is that:

Keeping these in mind will really aid you in acquiring a proper comprehension of the next 4 points which we will be discussing.

“And the devil took him up and showed him all the kingdoms of the world in a moment of time, and said to him, “To you I will give all this authority and their glory, for it has been delivered to me, and I give it to whom I will. If you, then, will worship me, it will all be yours.” And Jesus answered him, “It is written,“‘You shall worship the Lord your God, and him only shall you serve.’” – Luke 4:6-8 (ESV).

2. Jesus was worshiped as a baby

When we read the story of the magi, we see that they came to Jerusalem for the purpose of not only seeing, but worshiping the new born king of the Jews. And upon the unveiling of the child’s birthplace by the religious rulers under Herod’s order, they continued on their journey and found the child-savior.

On their arrival, they provided him with gifts and fell on their knees and worshiped him. Now many may say that the word worship, when applied to Christ, simply means adore or showing reverence to.

However, the problem the opposition always run into when making such claims is that the Greek word used here for worship is ALSO Proskineo: the kind of worship that Jesus told us is only fitting for the creator of the universe. This displays to us that Jesus was indeed the recipient of divine worship, and not merely an action which was directed or intended for a mortal being.

“And going into the house, they saw the child with Mary his mother, and they fell down and worshiped him. Then, opening their treasures, they offered him gifts, gold and frankincense and myrrh.” – Matthew 2:11 (ESV)

Now it is important to note that these magi were not fools. In fact, in many biblical translations they are also described as “wise” men by Matthew the apostle. So for one to bring forth the argument that these were ignorant folk who did not have a clue of the workings they were engaging in, primarily worshiping Jesus, is to sturdily embrace a false conclusion.

Albert Barnes an American theologian wrote this about the magi in chapter II on page 25 of his book Notes, Explanatory and Practical on the Gospels:

“Wise men – The original word here is μάγοι magoi, from which comes our word magician, now used in a bad sense, but not so in the original. The persons here denoted were philosophers, priests, or astronomers.

They lived chiefly in Persia and Arabia. They were the learned men of the Eastern nations. devoted to astronomy, to religion, and to medicine. They were held in high esteem by the Persian court, were admitted as counsellors, and followed the camps in war to give advice.”

So Jesus was worshiped by the elite of society, some of the most brilliant men that existed at that time.

3. Jesus was worshiped by his disciples

After Jesus performed the miracle of feeding the multitude, his disciples took sail without him. But soon after this happened, we come to see something incredible: While the disciples were struggling at the oars and battling against the fury of the storm, we see Jesus walking towards the ship on water!

As soon as he entered, the wind ceased and the disciples worshiped him while stating that he indeed was the son of God. Now when we read the Greek, there is absolutely NO indication of Jesus rebuking them or telling them to stop.

It’s very omittance would seem strange to many when standing in view of the fact that Christ made it clear that only God should be worshipped. His clear acceptance of this action demonstrates to the world who he was claiming to be.

“But when he saw the wind, he was afraid, and beginning to sink he cried out, ‘Lord, save me.’  Jesus immediately reached out his hand and took hold of him, saying to him, ‘O you of little faith, why did you doubt?’ And when they got into the boat, the wind ceased. And those in the boat worshiped him, saying, ‘Truly you are the Son of God.'”– Matthew 14:30-33 (ESV)

4. Jesus was worshiped by the common folk

More than his disciples worshiping him, we see within the following passages that even the common folk, predominantly the people who he healed, also received a glimpse of the divinity within the Messiah. Here are just 3 examples of some of these individuals:

“Jesus heard that they had cast him out, and having found him he said, ‘Do you believe in the Son of Man?’ He answered, “And who is he, sir, that I may believe in him?’ Jesus said to him, ‘You have seen him, and it is he who is speaking to you.’ He said, ‘Lord, I believe,’ and he worshiped him.”

“Night and day among the tombs and on the mountains he was always crying out and cutting himself with stones. And when he saw Jesus from afar, he ran and fell down before him.”

This one is really interesting, because this is a man who was so demon-possessed that he could not be bound with chains.  Even HE worshiped Jesus.

“And behold, a leper came to him and knelt before him, saying, “Lord, if you will, you can make me clean.”

Although in the above mentioned English translation of the text the word “worship” is absent from Mark 5:6 and Matthew 8:2 (however, it is found in the kjv) we can be sure that it is referring to divine worship due to the fact that when we look to the Greek manuscripts, we see that the word which is in place is in fact Proskineo.

5. Jesus was worshiped after his resurrection

Last but not least, Matthew the gospel writer paints an amazing picture of the Messiah being divinely worshiped by his disciples after the resurrection. And as with the above mentioned events, the Greek word here is also Proskineo.

“And behold, Jesus met them and said, ‘Greetings!’ And they came up and took hold of his feet and worshiped him.” – Matthew 28:9

Jesus was worshiped by everyone

We came to learn that Jesus made it crystal clear that only God is deserving of divine worship. However, we see that Jesus accepted this worship as baby, by his disciples and even by the common folk during his earthly ministry.  This means that Jesus believed himself to be equal with the Father.