Home Bible ‘The Father Is Greater Than I’ : Does This Disprove The Trinity? 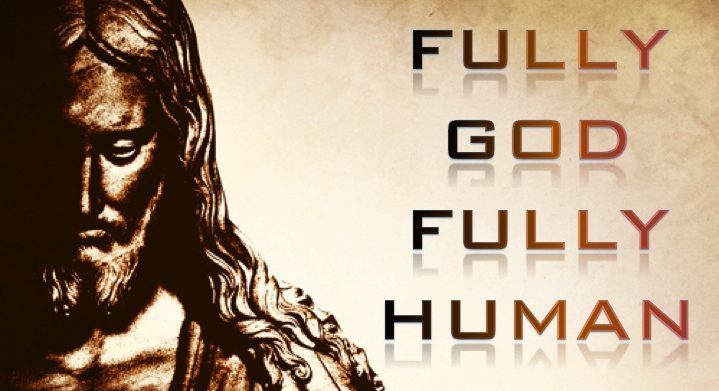 By George Mitrakos| I was recently engaging in a theological discussion with someone who took part in a group which adheres to the doctrine of what is known to many as humanism. Now, in an attempt to drive into question the very doctrines taught by the Christian church, he inquired of me concerning the apparent contradiction between Jesus’s utterance that the Father is greater than him (John 14:28) and the divinity doctrine which has been taught for a little over 2 thousand years.

This question gets passed around a lot, with the intentions of dismantling Orthodox theology and the concept of the Trinity. Yet, with a proper understanding of the relevant text, we can be well equipped to address and deal with such arguments proposed by the opposing camp.

So let us see what our Lord meant by such a statement.

What is the meaning of the word greater?

One of the many reasons why skeptics and Unitarians come to this unanimous decision that Christ was merely a human being is largely due to a deep miscomprehension regarding the term greater. These individuals take upon themselves the task of limiting this word to meaning that one lies superior to another in ALL aspects of his being.

However, just to demonstrate that this is NOT the case, let me provide you with a few definitions from the Macmillan dictionary and see if their limiting efforts can stand under scrutiny:

According to the Macmillan dictionary, the word greater means:

As you can see, not all definitions point to a superiority in essence.  Here are what 11 other dictionaries and lexicons translate the word Jesus used, which in Greek is transliterated as ‘megas’: 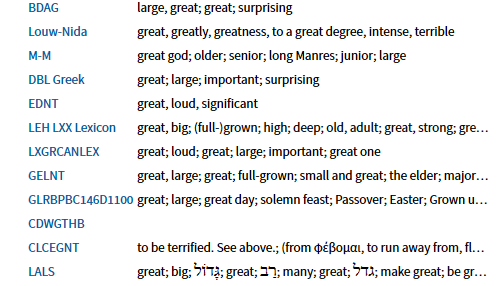 This word can mean “important”, “strong”, and even “large”.  We can clearly see why the incarnate Son would use this word in his human state to refer to the Father.

Jesus’ definition of the term “greater”

Now the above mentioned definition seems to be very convincing. However, to really hit the nail on the coffin by means of employing it, we must first see if it stands in harmony with our Lord’s view and usage of the word greater as found within Scripture.

Hence, the definition Jesus provided for the term greater also falls in line with our previous definition which we placed on it, that it can refer to position and rank.  Maybe even importance, but not necessarily substance or deity.

What did Jesus mean by this statement? 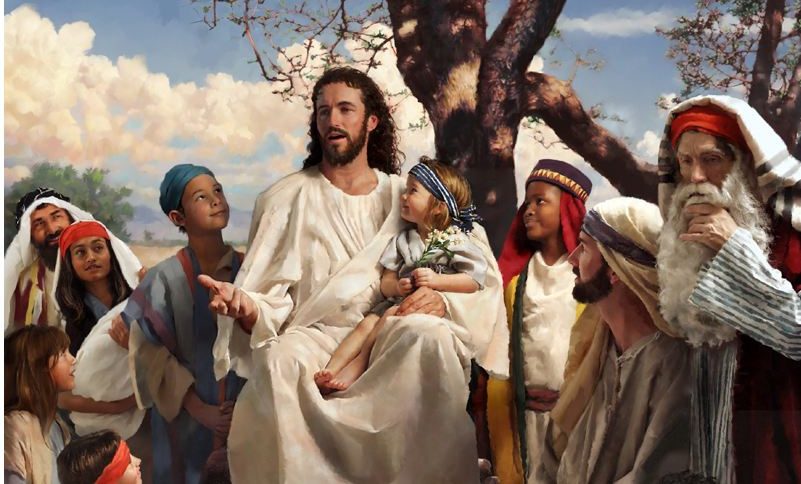 As we should do with all scriptural study, we must interpret passages in light of the prior and following contexts. Only by doing this, then, can one come to a correct conclusion on what point the relevant word or passage is attempting to bring forth. Now we already know that Jesus claimed to be God and one in essence with the father (you can refer to my other articles which provide the evidence for the divinity doctrine). We also know that many a times, Jesus used the word greater to mean in rank and office rather than nature and essence.

So the following inquiry arises: What did he really mean?

Christ, as we know, gave up some of his glory to take the form of a servant to serve as the perfect and unblemished sacrifice for our sins. Jesus took the form of a man and came to earth while the Father was in heaven. The Father was greater in position/rank by reason of possessing glory in all its fullness as well as a higher office in the kingdom of heaven. The son gave all this up for 33 years. And he gave it all up for you.

Here are what some commentaries have to say about this verse:

“By analogy, then, when he says “greater,” he indicates that his divinity can be equaled to that of the Father, since he is of the same substance with him, but the Father is greater because the Son accepted a body, since the Son’s nature is understood to be less than that of the Father inasmuch as the Son has become man.” (2)

As John Calvin says in his commentary on the Gospel of John:

“Christ does not here make a comparison between the Divinity of the Father and his own, nor between his own human nature and the Divine essence of the Father, but rather between his present state and the heavenly glory, to which he would soon afterwards be received; as if he had said, “You wish to detain me in the world, but it is better that I should ascend to heaven.” Let us therefore learn to behold Christ humbled in the flesh, so that he may conduct us to the fountain of a blessed immortality; for he was not appointed to be our guide, merely to raise us to the sphere of the moon or of the sun, but to make us one with God the Father.” (3)

Theologian R.C. Sproul has said about this verse:

“This statement must be understood in light of the witness of this gospel to the full deity of the Son and His equality and oneness with the Father (v. 9; cf. 1:1; 10:30). While equal in substance, the three persons of the Trinity have different roles in God’s works of creation, providence, and redemption (the “economic” distinctions among the divine persons). The Father purposes, the Son accomplishes, and the Spirit applies. Hence, the Son came to do the Father’s will (6:38) and, as the God-man, voluntarily veiled His divine glory to follow the way of humble obedience (Phil. 2:6–11).” (4)

So we can see that this statement by Jesus refers to his subordination within the role of the Godhead.  He is economically and functionally subordinate having taken on flesh to carry out the redemptive role of God, but ontologically equal to the Father.

How this argument backfires on skeptics.

Now, just for a moment, let us assume that the Unitarian position is valid and the word greater really is denoting a superiority in all aspects of one’s being, including his essence and nature. If we are to take this position, then one is forced to believe that:

So in attempting to disprove the divinity doctrine of our Lord by means of the relevant argument, we see that they likewise, ensnare themselves in a grave theological dilemma.

Share3K
Tweet
Pin
3K Shares
Enjoy this article? Take a moment to support us on Patreon!

Was The Gospel Of Mark Forged?