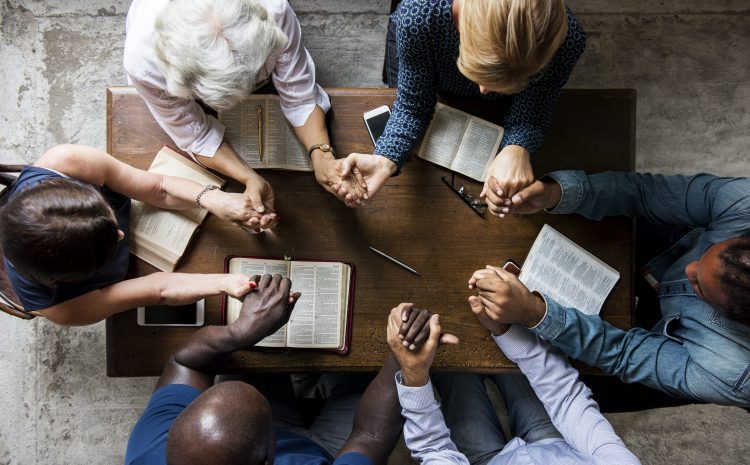 By James Bishop| In this article, we will review one of the “50 Simple Proofs” showing that God does not exist as provided by Marshall Brain on the website God Is Imaginary.  The reason he gives is that prayer doesn’t work:

[i] God never answers any prayers, and is an illusion created by human imagination
[ii] Scientific experiments undermine that prayer is effective.
[iii] Jesus’ promises about prayer in the Bible have been proven completely false

These are some big arguments, so let’s engage them in turn.

Brain sets his burden of proof very high given his proposition that “God never answers any prayers.” To justify [i] Brain needs to satisfy several criteria, including a full knowledge that God absolutely does not exist (which he, nor anyone, could possess), and a full knowledge of the experiences of all human beings who have ever witnessed or received a miracle healing in response to prayer (which he, nor anyone, does not possess).

Given that Brain could not possibly satisfy these criteria he could never claim that “God never answers any prayers.” [i] can be rejected on the grounds of this lack of knowledge. Importantly, this undercutter itself does not actually suggest that God really does answer prayers, rather it simply, at this point, shows that Brain couldn’t possibly meet his own criteria to begin with.

Argument [ii], namely that scientific experiments undermine prayers effectiveness, receives the most attention in his argument because of a host of studies suggesting that prayer has little, if any, effect, at least where it has been studied in controlled circumstances. Having reviewed the literature on supernaturalism and miracles, perhaps far more extensively than Brain, I, nor any informed Christian, would use blind prayer studies as evidence for or against God despite the fact that other empirical evidence really does show that God answers prayers for healing.

The sort of studies Brain includes are the ones in which a group of churchgoers become a controlled group who pray for another controlled group (hospital patients etc.) without this group’s awareness. But why wouldn’t any believer in God use prayer studies as evidence for God, despite one interesting scientific study suggesting prayer resulting in positive results (1)?

Well, for a few reasons, and I suggest that philosopher Randal Rauser does a really good job in explaining why (2).

1- The effectiveness of petitionary prayer is informed at least to some degree by the relationship the one who is praying has to God (James 5:16).

3- God may choose to not answer petitionary prayer because it is not within his will to answer the prayer (Luke 22:42).

4- God can answer petitionary prayer but not in the way the one praying or the one being prayed for expects him to answer it.

Beyond these biblical considerations, some of which we already included as “qualifiers” in our first entry to this series, Rauser outlines additional issues with controlled prayer studies. An essential function of prayer (including petitionary forms of prayer) is to build relationships between God and human beings.

Thus, to use prayer studies as a means to test whether or not God will answer specific prayers for healing is a way to manipulate God in to acting. Prayer studies do not have the intent to establish meaningful relationships between God and human beings, and therefore we should not expect God to answer the prayers.

However, God really does seem to answer prayer. Some of these involve the curing of incurable diseases and ailments. Chris Gunderson stands out in the healing of his ailment known as chronic intestinal pseudo-obstruction, a severe affliction that has no cure. Gunderson was fully and visible healed of this when his pastor prayed for him in their church. He can now eat solid foods without becoming gravely ill whereas before he had to make use of two intestinal tubes feeding him the nutrients he needed to survive.

A South African professional rugby player, Jaco van der Westhuyzen, after rupturing his posterior cruciate ligament ran out of a church healing service after being prayed for by the pastor, as was captured on video. Pastor Duane Miller contacted a flu virus that ultimately penetrated the mylan sheath of his vocal folds and damaged his nerve tissue beyond repair. Miller’s voice was healed during a sermon he was giving despite having consulted 63 specialists that could not help him. Here is another case study of a womanwho was cured from irreversible blindness after a priest prayed for her at church.

Heidi Baker, the CEO of Iris Global Missionary who cares for poor youth in Mozambique, caught the attention of Candy Gunther Brown, Professor in religious studies at Indiana University. Brown and her research team followed Baker’s ministry and documented incredible circumstances involving 24 Mozambican subjects that Baker had prayed healing for. In nearly all of the cases the healing of vision and hearing in the subjects required serious and costly medical surgery and intervention that were unavailable to most living in the country.

Brown’s research team detected statistically significant improvements in hearing and vision of the subjects that Baker had prayed for. Note, Baker’s case study is far from the likes of the petitionary prayer criticized by Brain above. Proximal intercessory prayer involves personal contact (hugging, hands on head, shoulders, back etc.) between the individual prayed for and the person praying. This is quite different to a controlled group praying on behalf of another group from a distance.

These differences are well explained in the journal article itself. Additionally, rather than attempting to manipulate God into answering prayer, Brown and her team simply accompanied Baker on her mission and documented the results the best she and her team could. There was no notion of forcing God to act as it so seems to be the case in petitionary prayer studies. For those interested in reading the full journal article in which the statistical and empirical evidence is documented, the 2010 edition of the Southern Medical Journal can be accessed online in its fullness (3).

There is also some statistical weight to consider. Professor Craig Keener is one of the major authorities on the subject of miracles, especially on the global scope of supernatural healing. His two volume tome Miracles combs through a large number of miracle accounts, both historical and contemporary, stemming from different continents. Keener sifts through the medical and testimonial evidence while also engaging the philosophical topics relating to the supernatural.

Numerous case studies included in his book are compelling. According to a study of 1100 physicians 55% of them claim to have seen miracle healings. As a result most physicians pray for their patients as a group (51%) while even more (59%) pray for individual patients. Finally, a large number of Christian doctors, of the World Christian Doctors Network (WCDN), have presented what they consider to be good evidence for miracles (4).

The 13th edition of the WCDN, hosted in Spain, included doctors from roughly 30 different countries. Over the years the miracles presented at the conference have been, though are not limited to, healings from many types of cancers, heart diseases and failures, deafness, blindness, internal problems (bowels, livers, gallbladder stones, femur fractures etc.), sicknesses (ebola, pneumonia, tuberculosis), bipolar, down syndrome, infections (urinary), sarcoma, spinal cord injuries and tumours, brain trauma, skull and spine fractures, neck injuries, broken bones, and others. The medical evidence, documentation, and the finer details have been archived at the WCDN website (5).

So, in rounding these off, I believe that a strong case can be made that God does answer prayer and that this really can take the form of a dramatic supernatural healing. This, however, is not to underplay the mystery involved in God’s decisions and actions in the context of prayer. The mystery will remain despite it being objective fact that God really does answer prayer and sometimes does so in a very dramatic fashion.

We now move to Brain’s third argument, namely, that “Jesus’ promises about prayer in the Bible have been proven completely false.”

Here Brain provides no argument for why Jesus’ promises have been proven completely false beyond the one’s we engaged in the previous section. In fact, I believe the historical Jesus to be a persuasive line of evidence for the reality of miracles of healing. Historically, Jesus of Nazareth is known by historians to be one of the greatest miracle workers in recorded ancient history based on historical evidence available to them.

This is admitted by anti-supernaturalist scholars who outright reject the possibility of miracles. These critics acknowledge that if ever there was an individual who performed miracles it was the historical Jesus Christ. Agnostic scholar Bart Ehrman explained that “Whatever you think about the possibility of miracle healing it’s clear that Jesus was widely reputed to have done them” (6).

Marcus Borg, a fellow of the radical Jesus Seminar, penned that “Jesus was a healer and an exorcist. Indeed, more healing stories are told about him than about any other figure in the Jewish tradition. In all likelihood, he was the most remarkable healer in human history” (7). One of the world’s leading Jesus scholars Craig Evans likewise explains that “It is no longer seriously contested that miracles played a role in Jesus’ ministry” (8). I include 58 scholar quotes that assert the same thing here. For a closer look at the actual historical evidence itself please consult my Pre-NT sources section.

To conclude I strongly believe that Brain has not managed to meet the burden of proof he has set himself. Argument [i] requires a kind of knowledge that no human being could ever possess, including Brain himself. Argument [ii] fails to acknowledge that many believers themselves do not hold petitionary prayer studies to be reliable, that they would never use them as evidence for God answering prayers, and that they would not base the strength of their faith in God on the results.

Rauser provided several compelling reasons why petitionary prayer studies on the Christian worldview are a bad idea. Additionally, we included several miracle case studies which seem to show that God really does answer prayers for healing. In relation to argument [iii] Brain has not shown that Jesus’ promises are false (as we have already seen in part 1 to this series), and that the historical Jesus’ miracle working during his ministry proposes a sever challenge to the argument Brain proposes.

Zeitgeist Debunked: Jesus Is Not A Copy Of Pagan Gods